But I am okay with that. I think I have made a couple errors, specifically coding in 1993-94 Pinnacle hockey cards. Unlike 1991-92 Score, I am not as use to the small difference of language on the back, and think I may have crossed the English only versus bilingual cards. Just means at some point in the new year, I will have to look at both of these and make sure I have them coded in properly. 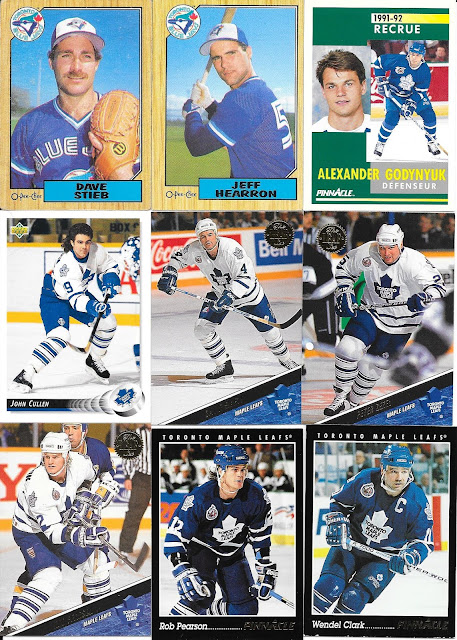 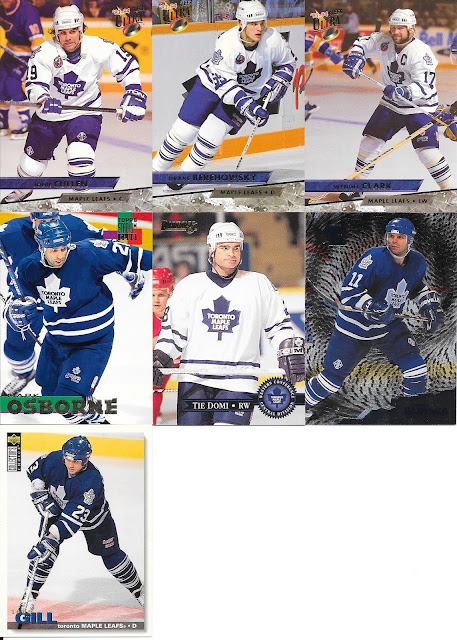 Another nice bunch of cards, but the highlight for me is my first 1995-96 Metal card. Not surprising it doesn't scan very well, and is okay in hand - not as nice as some of the Black Diamond hockey designs, but was a bit ahead of it's time in the mid-90s. 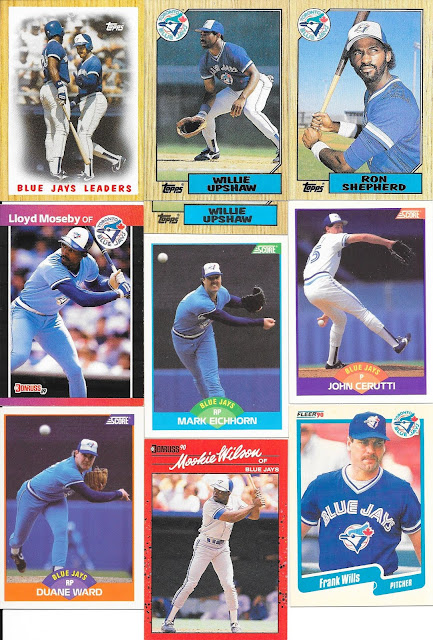 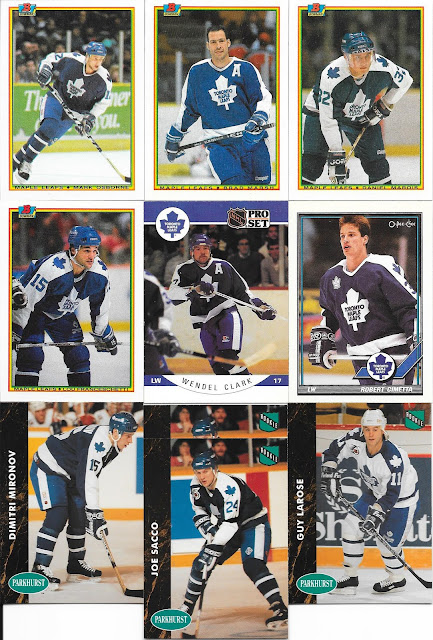 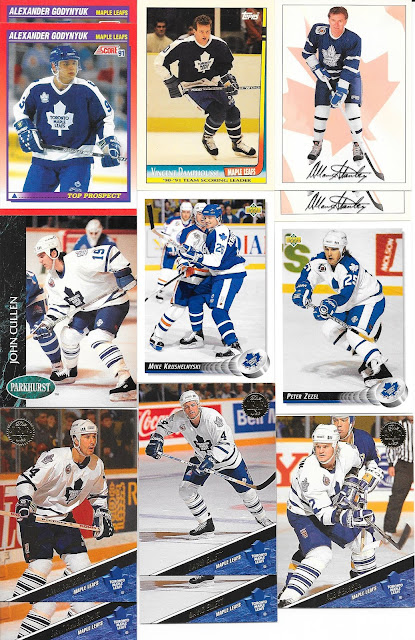 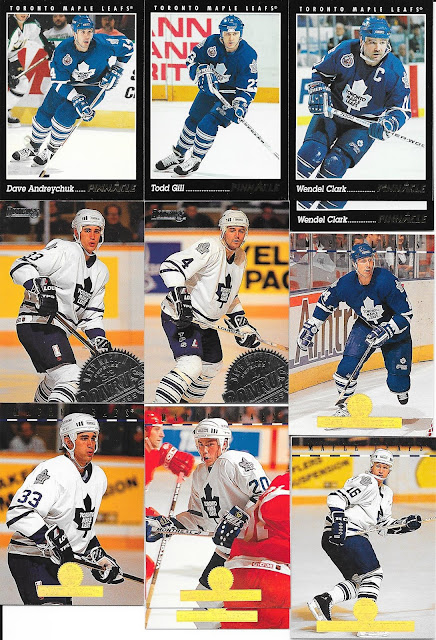 I can't help but notice that in general terms, I am not seeing much of Doug Gilmour compared to other Leafs given the period of time being covered by these. Not a complaint, just an observation.

Another random observation - I haven't been keeping close tabs on the number of unique cards of players, but I did notice I had the first one reach 100 in my collection. Very appropriate that it would be Joe Carter who is the name to remember with the best highlight in Toronto World Series lore (and the only rival moment for notoriety would be the more recent bat flip by Jose). 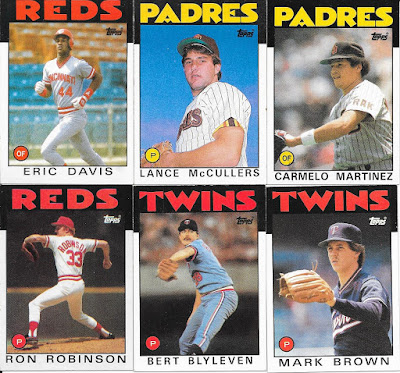 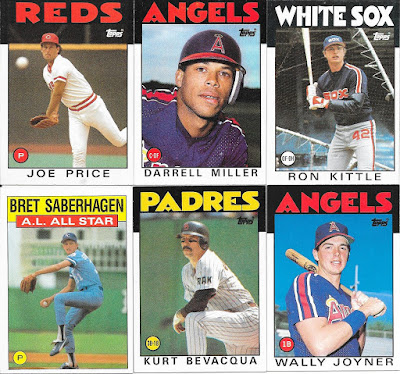 Saberhagen would be best of the bunch, but a need is a need and these are a dozen off the list. 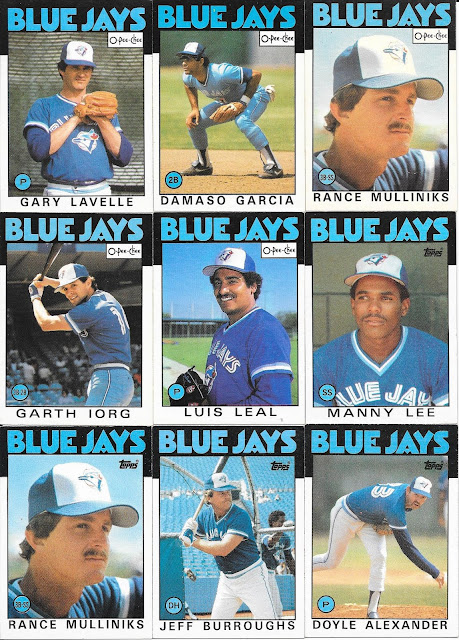 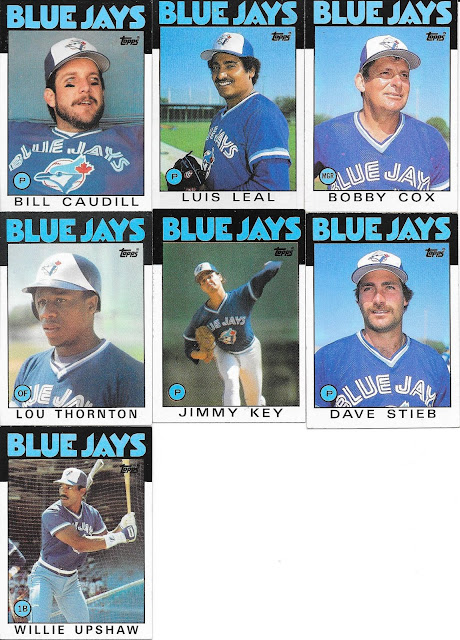 An awesome bunch there, another great pack of cards to be thankful for!
Posted by CrazieJoe at 8:00 AM