It is December which means - especially for anyone with young kids - the focus becomes the holidays. So with Christmas coming, I figured now would be a good time to start going through the box of Toronto cards I picked up a couple months ago. Based on a quick look at the box, I am going to pull out about 40 cards a day to go through for the month which should more or less cover it (we will have to see how right or wrong I am on that). I am sure I will add in other things here and there through the month, similar to the Santa Lot (which I will pick up again in January).

My expectation for this box? I don't really have much of any. I guess if I can end up with a few new Jay or Leaf inserts, parallel or food/oddball cards, that would be worth while, but really any new to me cards would be great. I figure, as I am apt to do, I will keep a running total for the month and see exactly where we end up with the box.

As there will likely be many duplicates, I'll find a way to make such interesting still (I hope), but we will see as we go!

First up cards that were new for me... 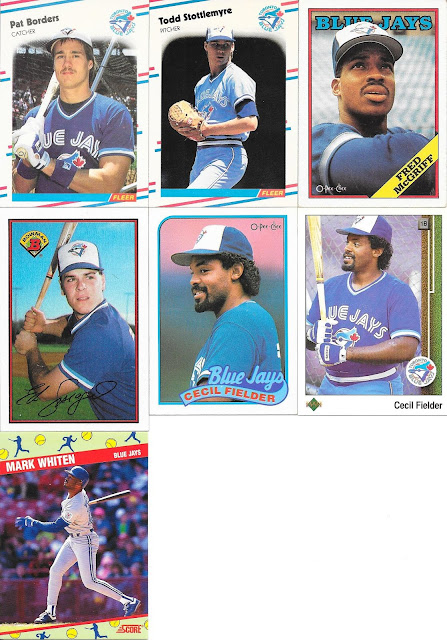 Lots to talk about right off the bat. First, happy to see a few insert or similar cards like the Pinnacle Team 2000 card, The Fanfest Score Mark Whiten, and if you can't tell, the 1988 Fleer Update cards here are the glossy parallels.

As much as I should have everything O Pee Chee being Canadian, it just isn't the case, so nice to add the Cecil in O Pee Chee form for 1989 (and the Upper Deck one too).

Another nice add which I wasn't expecting... 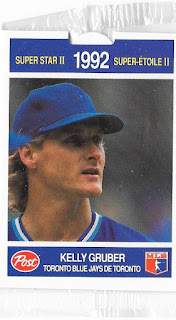 A nice add to the unopened collection which is easy too since I have one of these cards already, and since it is just the one card in a package.

Even able to add a few dupes which are of error cards, so these can be added to the error binder instead of the Jays one. 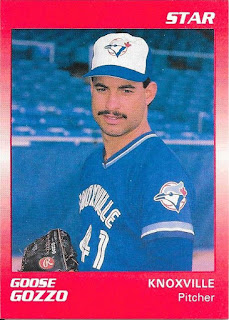 Guess there may be a few minor league cards in here as well, so some trade fodder. I know I had one of these before and traded it away, but it is just enough to keep up with the major league team, let alone worry about collecting the minor leaguers too - just too much.

As for the dupes that I am keeping... 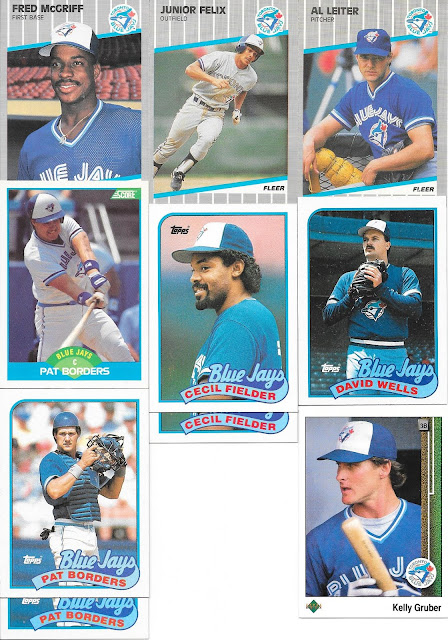 As there will dupes, I will double or triple them up as I did with Pat and Cecil here. 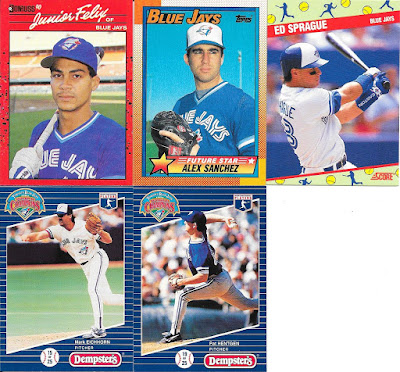 Again, happy to see the Dempster cards even though I have a complete set, and another Fanfest Sprague. 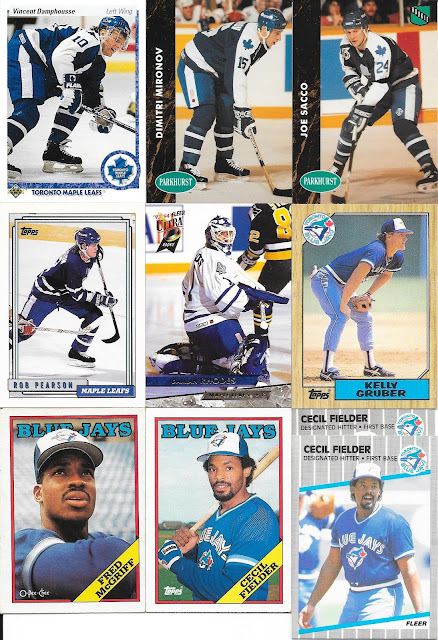 What I will also probably do in some of these posts will be highlight someone here and there just to shine a spotlight on some of the men who wore blue.

So here is my little summary for today, and for the rest of the month: