Some nice value in the village

So a typical trip to Value Village - I take a peek through the toys to see if there are any sports cards. Today I spy two bags. One is a bunch of "junk" era hockey that I really don't need for $3, but the second caught my eye with some 2011-12 Victory hockey cards peeking because I am fairly well along on the base set for that one. For $3, and given it was newer cards, I figured why not.

Not surprising that in the pack there were a few cards too rough to keep, but I will use them as packing material if nothing else (or send them somewhere they will be kept - Billy, I am looking at you...). 16 such cards which I won't even dignify with a scan. There were still about 120 worthwhile cards, so worth the $3 all in.

The dupes, which I won't bother with either here, are mostly 2011-12 Victory cards I didn't need, and since there are some in the keepers, it will give you a taste for the set anyway if you haven't seen them before.

So what exactly did I get to keep? 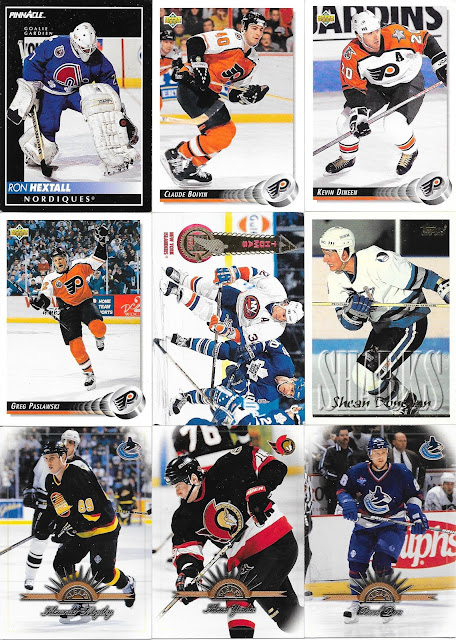 A few early 90s cards still in the bunch, but not many... 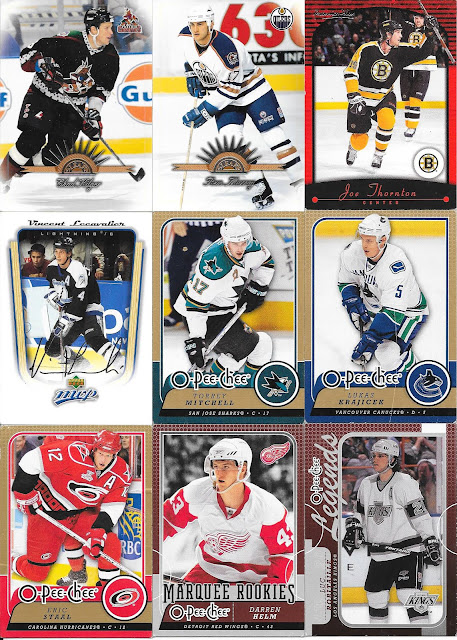 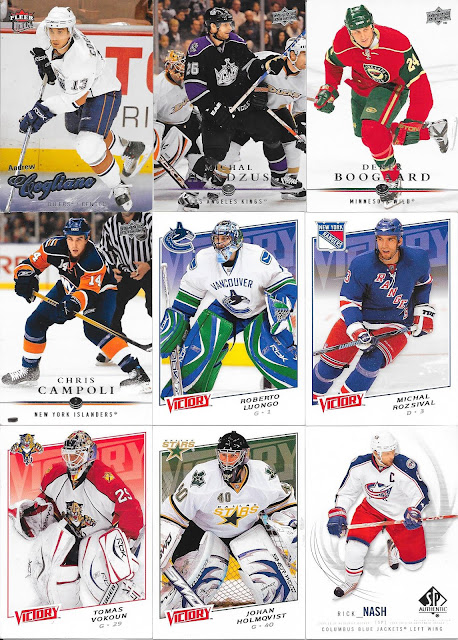 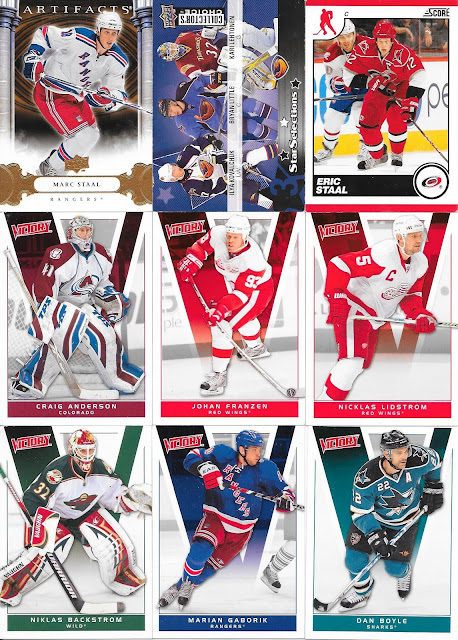 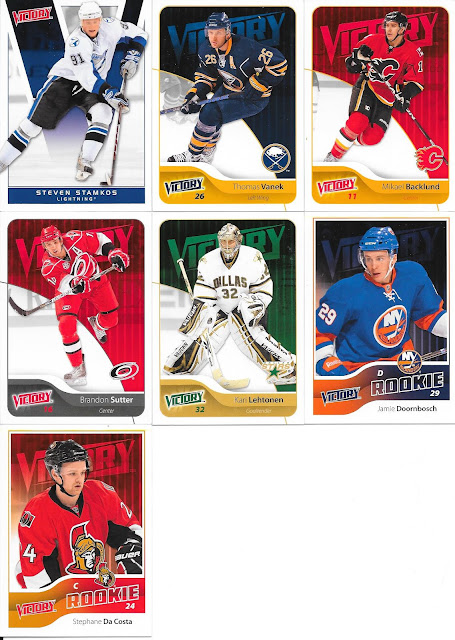 And even some more. So I was able to get at least these 6 more base cards for the Victory set. Best would be the Kari card for sure.

Able to pick up one error card (even if it is a simple printing error regarding the number on the back)... 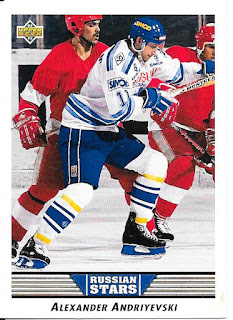 We then get a fair number of inserts/parallels: 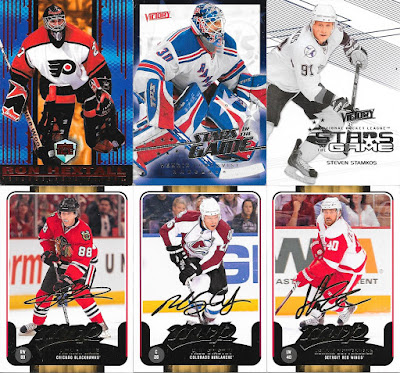 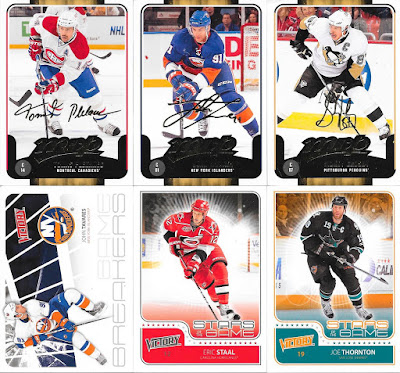 Most are again, in the 2011-12 Victory set. MVP that year was an insert set for Victory.

Last but not least, would be the Leafs... 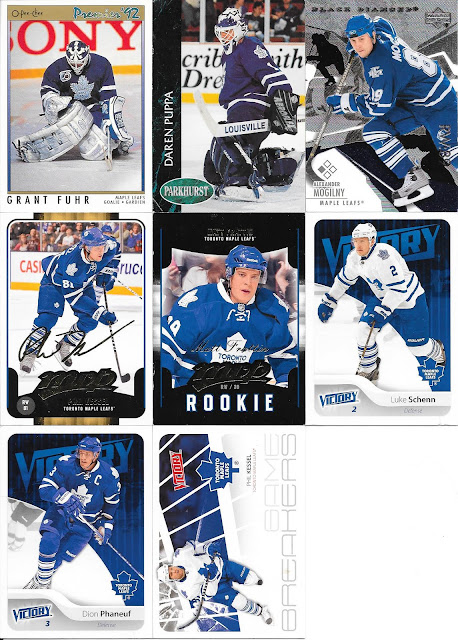 Again, a number from 2011-12 Victory, so no complaints. Really like the black MVP card set up compared to the white/gold border type. Not a parallel, but a subset within the insert set of MVP...yeah....never had to describe a card that way in the 80s.

Definitely well worth the three bucks though.
Posted by CrazieJoe at 8:00 AM