Yes, there are some more Jays cards below from dilemma19 today, but this definitely takes the cake...

Not only do these 1991 Topps Micro cards include a couple Jays, they are all miscut! I do like my miscut cards, so a great add, especially as this is obviously a whole line of cards that were cut. Probably the single best thing so far that I've gotten out of the cards from dilemma19 so far!

Now, only makes sense that in the same pack as the micros, are some big cards too...Topps Big and Bowman (as well as some 1989 O Pee Chee, and an additional 1989 Topps error cards). 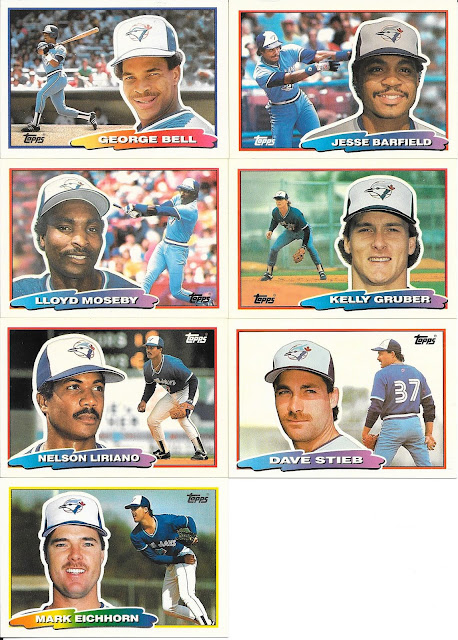 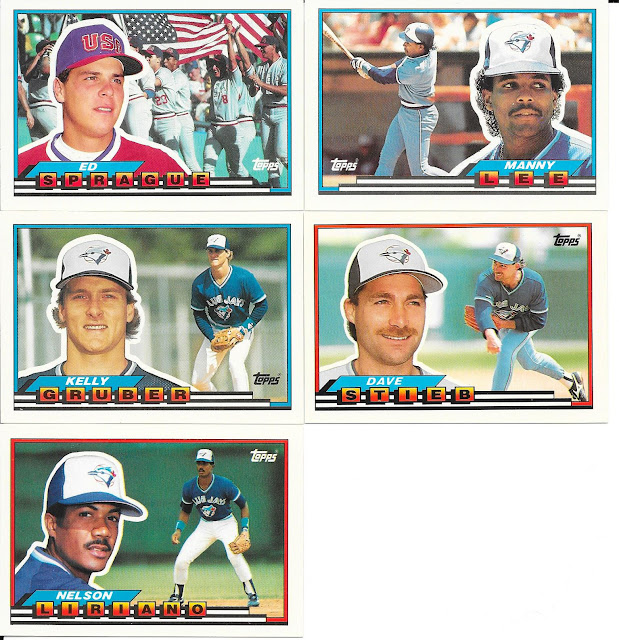 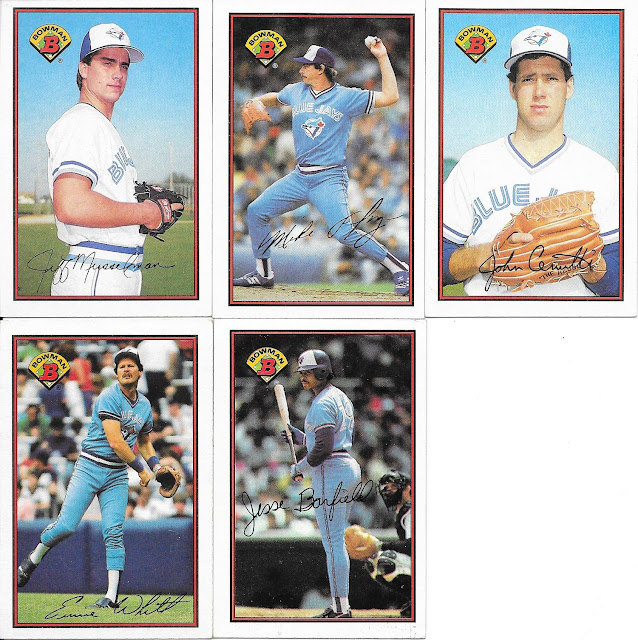 That is a lot of big cards I didn't already have. Honestly, the Topps Big cards have a good design I wouldn't mind seeing come back with the head shot and an action photo. Bowman just being typical Bowman.... 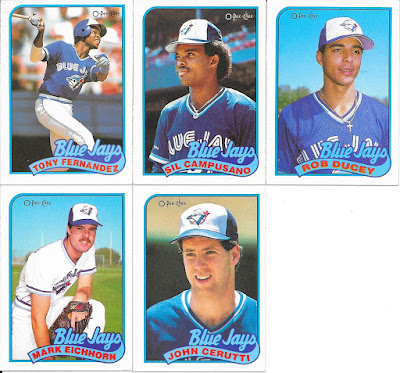 A number of O Pee Chee adds and... 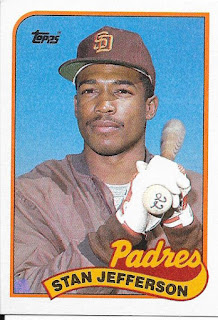 A version of the error Stan from 1989 Topps as mentioned. The error is really the print job in the bottom left corner (varies from pink to purple).

Now, let's get on to tin number two to see how close we can get to completing the 100 card base set of the 2017 Centennial Leaf set. 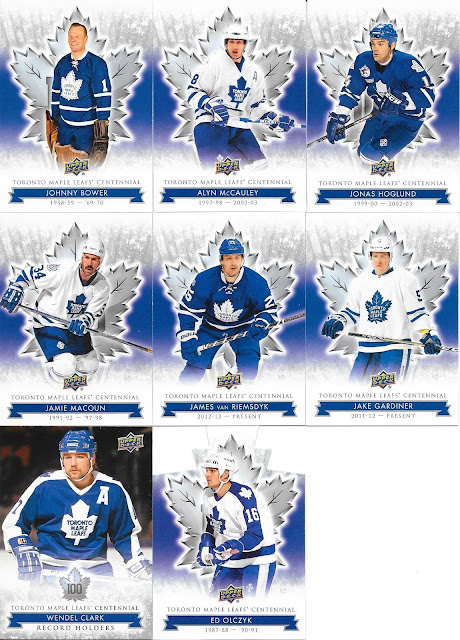 I should have picked this pack to put aside and save, but always easier to say that after the fact. No new base in this one, though the short print and the die cut are new. 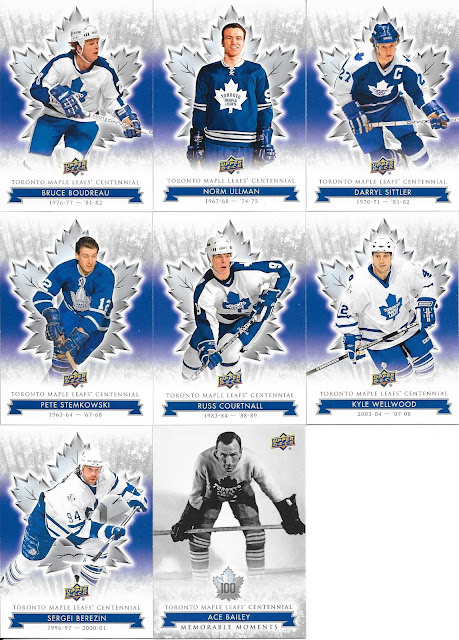 Another pack of dupe base. The Ace Bailey is a nice short print though as it notes the Stanley Cup win their first year in Maple Leaf Gardens. 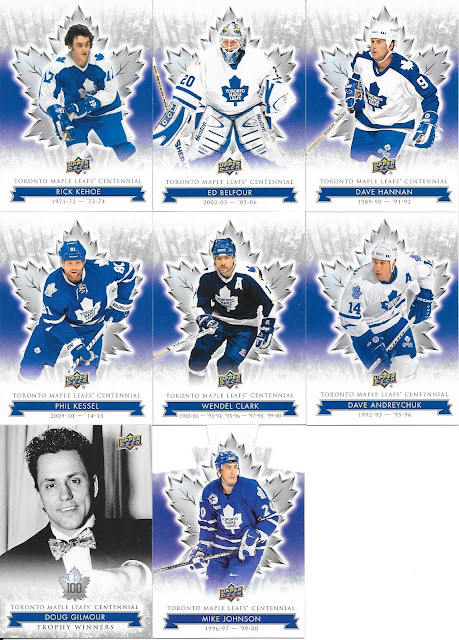 Same as the first two - I don't like this theme. Though a nice Doug Trophy Winner card, and the die cut of Johnson is decent as well. 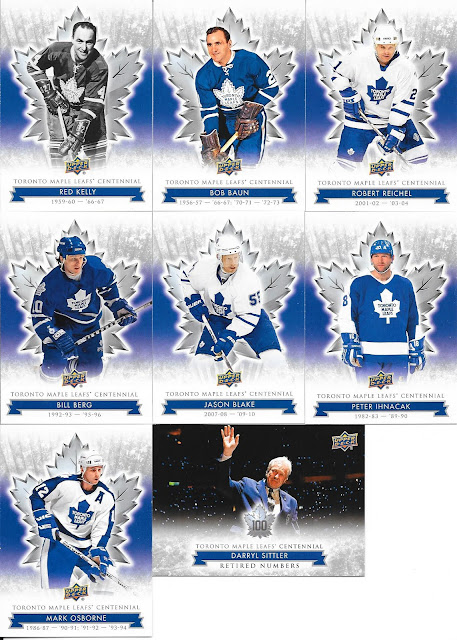 Finally a new base add with Osborne. At this rate, I will need another two tins (which isn't going to happen). First retired number subset card I believe which is nice to get as well. 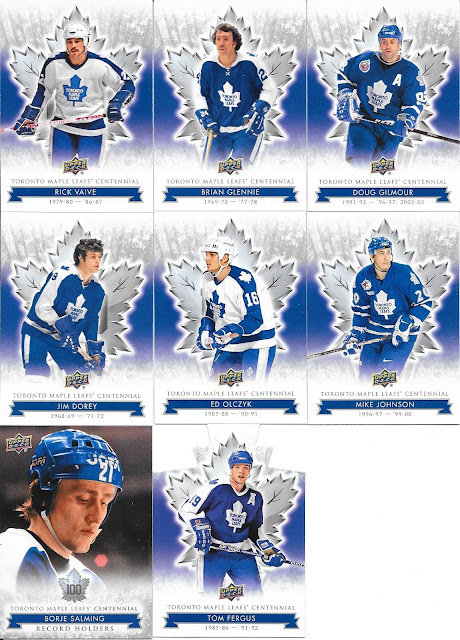 Now that is MUCH better - all new base cards. This means 15 base cards left which is basically two packs plus a card. Still think I am going to end up short, but it does open the window of possibility a bit. 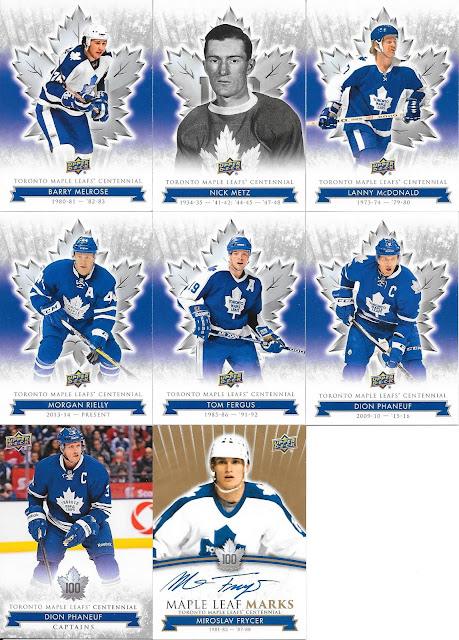 Well, I think this will be pack of the tins. All of the base were needs - now down to 9 cards still needed with 5 packs to go. The auto is really REALLY nice in hand as it is on card and very clean. If I had to pick a Leaf, this wouldn't have likely been in my top 10, but I am not going to complain one bit. These autos fall one in 48 packs, so I had a 50/50 shot given I had 24 packs to go through. 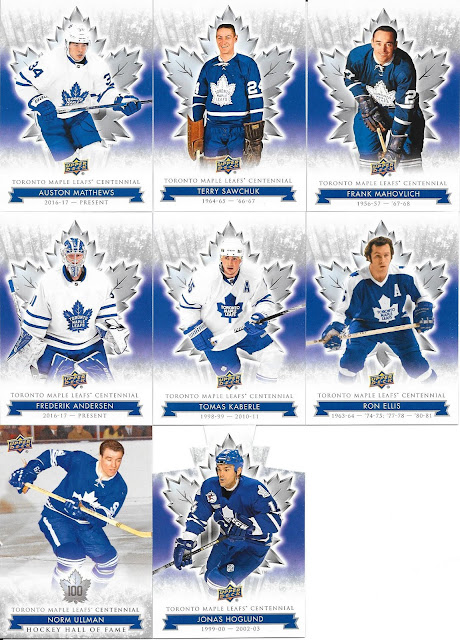 After that great pack, back to no new base, except the short print, and the nice die cut insert. 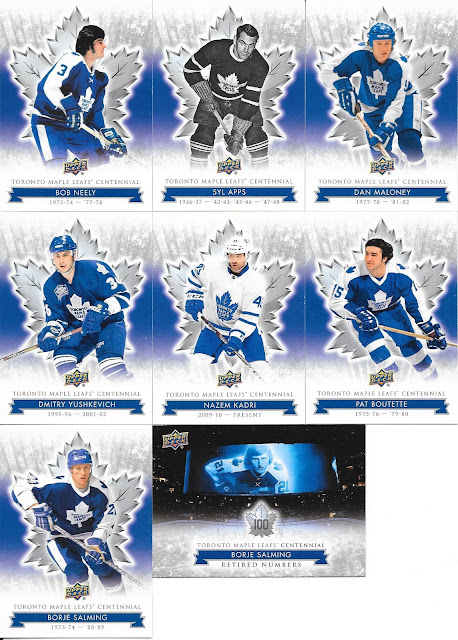 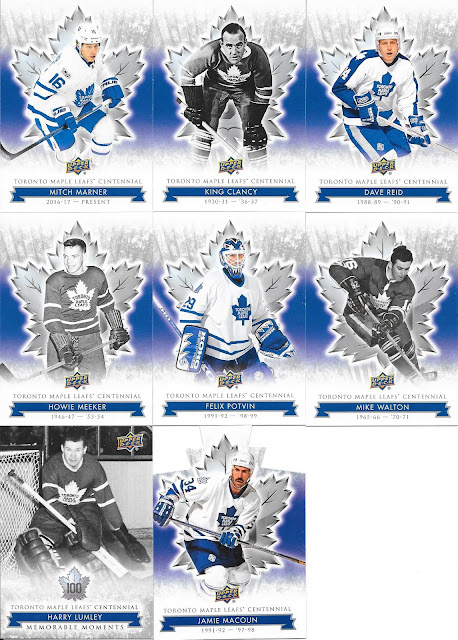 I am torn because as much as these are also a pack of dupes, plus the die cut and short print - the dupes are still pretty freakin' sweet! 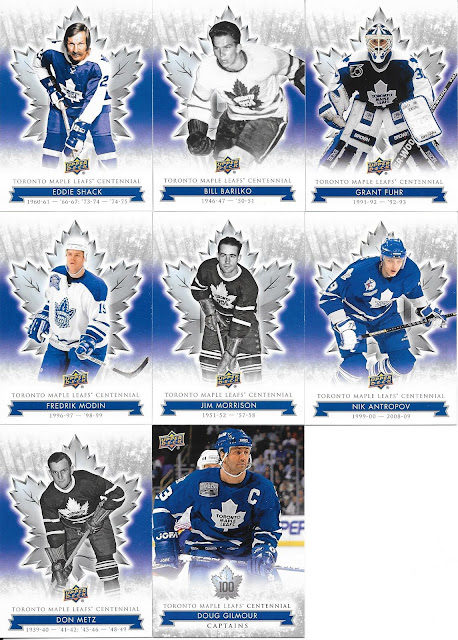 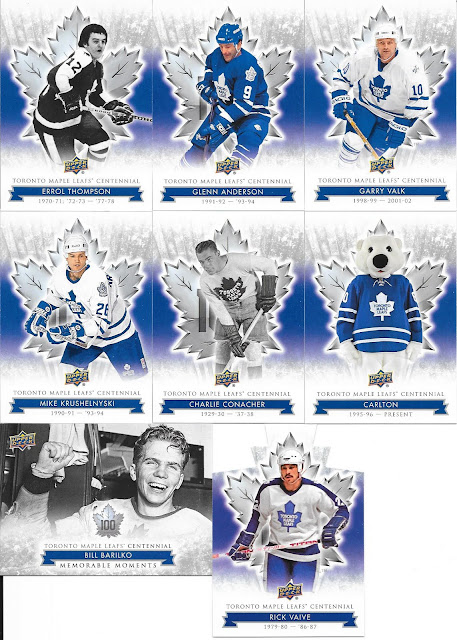 There you have it....end up short 9 cards. As it is more than a pack of cards, I am not really worried about the tease of opening the last pack since it wouldn't complete the set regardless.

If anyone out there can help with completing the base set, would be more than happy to trade in your favour to get those last missing cards. I can even give up some dupes if needed from the set in exchange.

I got a few other things from Christmas, but rather than list here, I will show them as I get to them.
Posted by CrazieJoe at 8:00 AM