So with the many sports and lots being put up, I saw a bunch which were along the line of "25 Blue Jays cards from the 80s". Now, do I expect many cards from this that will be new to me? No. I expect most will be Topps and Donruss, maybe Fleer, and later 80s, so many of the team sets I will already have. That being said - free guaranteed Jays cards! Yes, I know, I fill out surveys to get the points to "buy" these, but close enough to free for me.

As these are lots of 25, I will go through them here or there over the next month or two as they come in. Yeah, I won 12 of these I think. If you do the match, I think it comes out to a couple cents a card, and free shipping for me, so not a bad way to pick up 300 cards.

Today we can explore the first lot of 25 cards, again, I didn't know what they would be, they were just promised for each lot to be 25 different Jays cards. 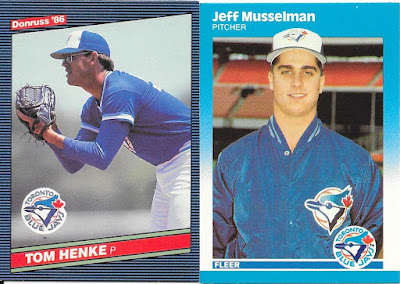 Well, 25 cards and I did end up with two new ones for the collection. Jeff here is the glossy version - the first glossy from the set I have. Usually the glossy versions look better in hand, and that is definitely the case here. Might be personal preference on that though.

There were more cards though... 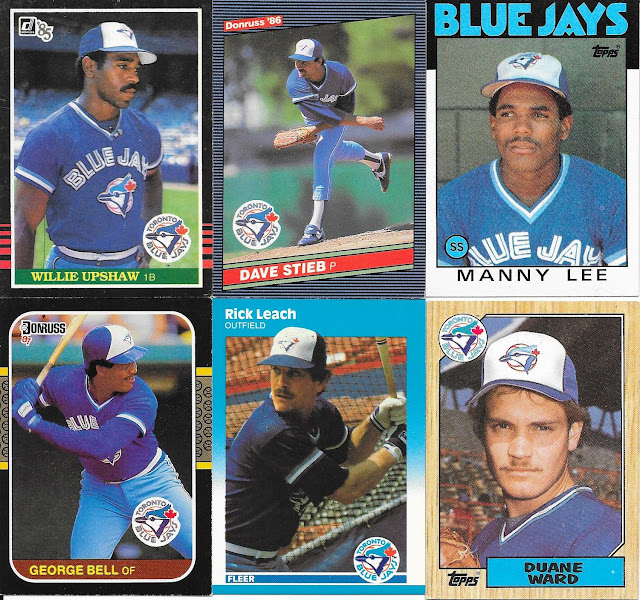 This about what I expected as far as what "80s" meant. I was hoping I might get a couple early 80s cards, but not the case in this one as we end up with 1985 being the first year.

Still, not having many '85s until not too long ago, I don't mind the dupes any way. 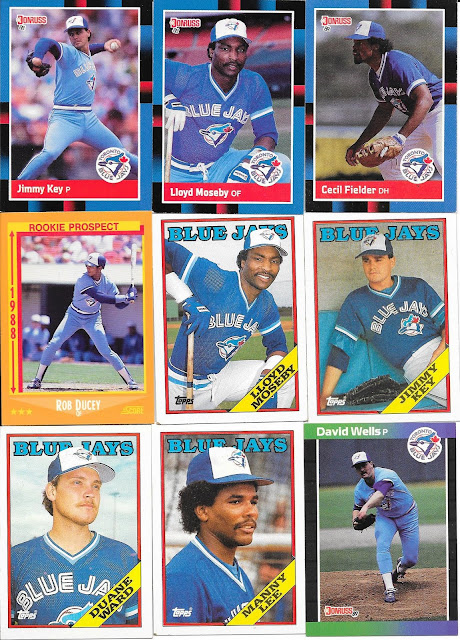 And of course, heavy with 1989 cards for the collection.

Not a bad first go on these wins, and as I say, for the price, excellent collection add. I look forward to the other 11 or so of these I will receive.
Posted by CrazieJoe at 8:00 AM