Another example of being excited to see star cards - happened just a few days ago as well, but can't complain about the star power. It's another case of having the 5-6 cards before and after in the base set, and thinking I probably wouldn't see Kobe, but here he is in triplicate. 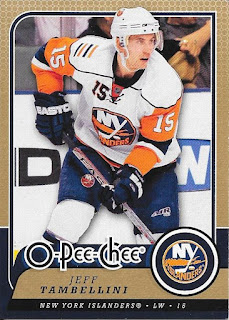 Jeff had part of 7 seasons in the NHL, most with the Islanders, but only had over 60 games in a season twice. At least he got a number of cards through his career - actually, these days anyone who might get a whiff at the NHL ends up with 50 cards a set with all the parallels these days, but I digress... 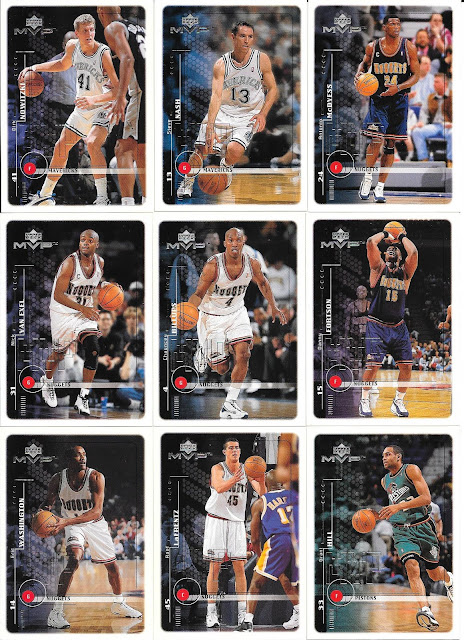 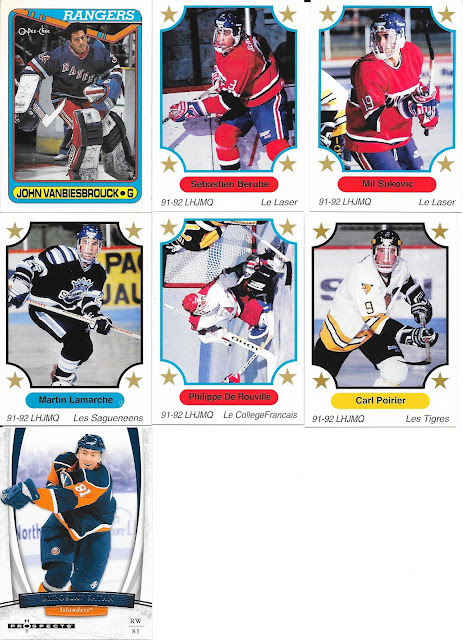 Nuggets and Nash is basketball and some 7th Inning Sketch - standard fare if ever there were.