Back to the Lot and some Magic

As per usual, catching up on a pack of Magic cards I didn't have yet in my collection, the somewhat new... 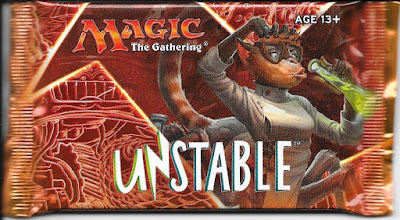 To be honest, I really like these joke sets. It has been a long time (15 years...ish) since an "Un" set was released in Magic. Unglued and Unhinged were the first two (this is the third) and these sets generally poke fun at the game while generally trying to create playable cards in a certain environment. Essentially Unstable as playable within the set itself as a unique game, while still having some cute/funny cards, and some different abilities. 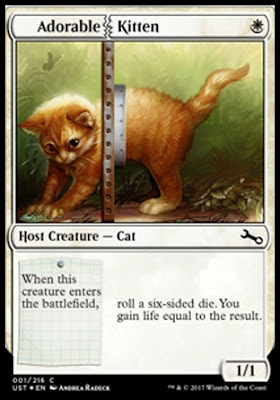 Who wouldn't want an adorable kitten to battle for them....but if you don't, the reason for that odd line on the card is, there are other cards in the set what can play on top of these so that... 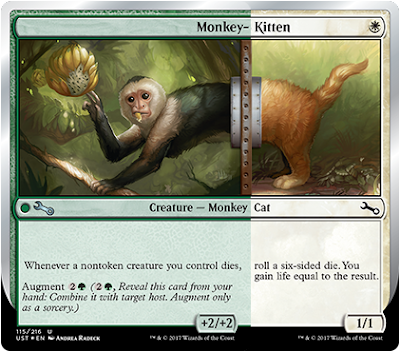 You can have a freakin' Monkey Kitten.

Honestly, I wasn't planning on getting any cards from the set per se, but in looking online at what makes up the set (the couple pictures above are from the Wizards of the Coast website - I presume I can use here, credit to them, and help promote the set so they won't mind....), there are so many cards I would consider artifacts for the collection, that I may just pick up a few packs, open one or two, and maybe pick up some of the cheap artifact singles. I am also a sucker for the "Un" sets for the quirky humour and weirdness. Anyway, will show more if/when I do get some.

Anyway, been a while since I've done this, hopefully I remember how...back into the Santa Lot we go, though I am not sure how many more we have to go - probably still a couple thousand cards, but only time will tell. 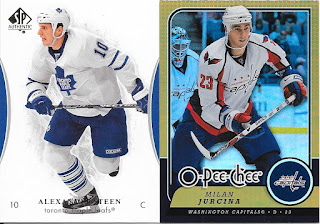 Not my favourite sports Steen as that would be Kevin (Kevin Owens in WWE). As for the O Pee Chee parallel, always nice to see. 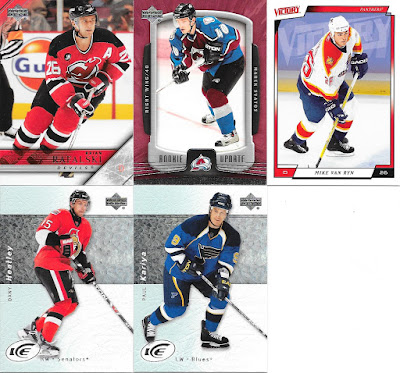 Such a shame - another Paul Kariya NOT in a Ducks uniform. His barely remembered time as a Blues (at least I hardly remember it). 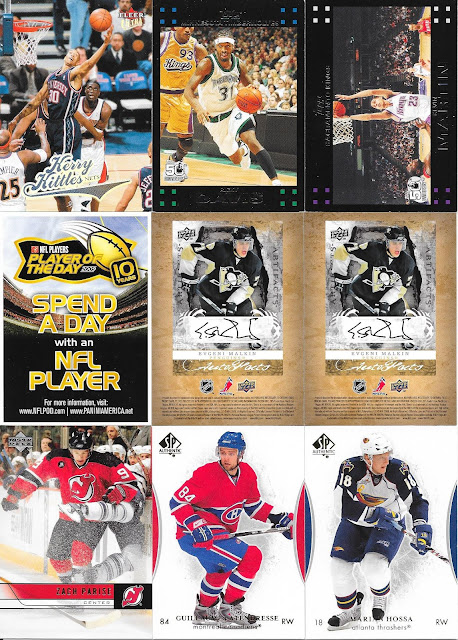 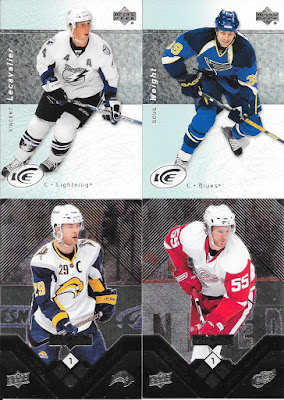 Not one, not two, but three ad cards...or with a silver lining...packing material!