A complete set pick up

I wanted to share a complete set pick up I got off of Listia not too long ago. Rather than scan myself, I borrowed the following pics for TCDB since they are the same, and unopened. 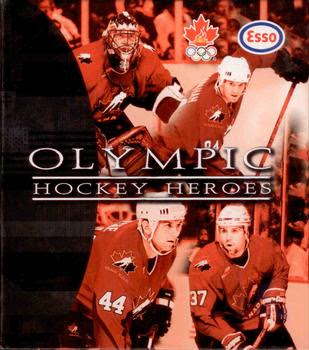 This is the 1997 Esso Olympic Hockey Heroes set. From a quick look around, it seems this was a one off done by Esso as I couldn't find a similar set they did. There were some hockey cards from the 80s for Esso, but no Olympic binder like this.

Not sure if you really consider these cards or not since they are larger - they fit a two ring binder - roughly 5" by 7". They were released in weekly updates for the binder... 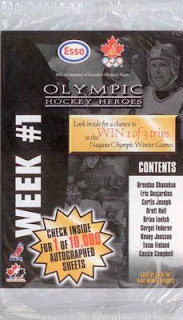 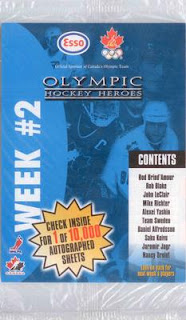 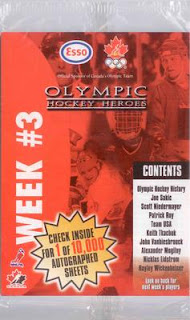 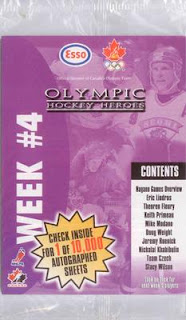 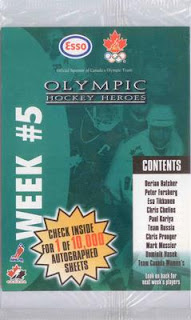 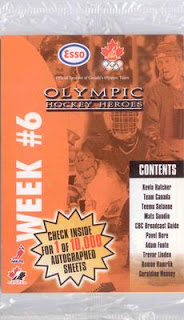 I picked up the set for about $6US with free shipping, so couldn't get it much cheaper. It isn't otherwise something that really fits my collection, other than calling it a neat oddball I guess.

A bit surprising on who is included and who isn't but since the packs are unopened, and I am going to keep that that way, I will never know if I lucked out and had one of the 10,000 autographed ones they tout on the front of the packs.

An interesting little set to be sure. 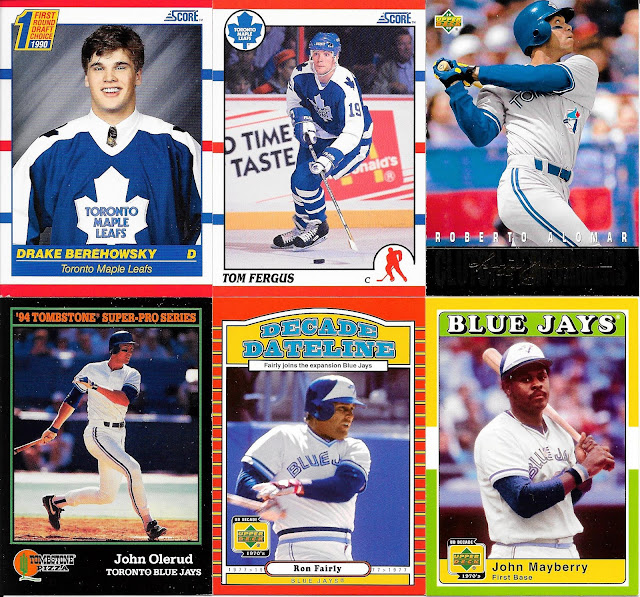 Only a few cards, but a lot of goodie out of it. Really love the Tombstone Pizza Olerud oddball card. Never seen it before. The 2001 Upper Deck Decade cards are nice as well, as these I also had never seen before. It's amazing how much is still out there and relatively old that I just don't know about in cards. I may not actively search it out, but nice to have it find me!
Posted by CrazieJoe at 8:00 AM