Today I wanted to go over a trade package I got a while ago, but haven't been able to share (by a while, I mean a couple weeks). I like trying to get these up as soon as I can, but with busy season, the time just isn't there. This year has been busier than usual that I have been doing 50+ hour weeks since mid-January (now more in the 60 hour range, and likely to hit 70 before the end of April).

Enough of my griping though, let's share a trade I had with fellow Canadian...even if they are from Quebec....I kid - it's my "I'm a Leaf fan, thus cannot cheer anything Quebec/Montreal related" side coming out.

I did a trade to get rid of a few cards to TCDB member Pennytendencies and in exchange for a few more recent hockey cards, received the following... 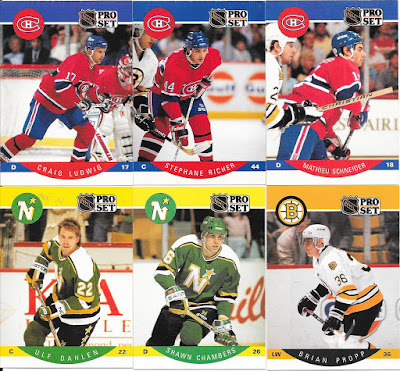 The only reason I would ever purposely take Montreal cards in a trade....I need these for the complete set...and dupes of some error cards for that binder. 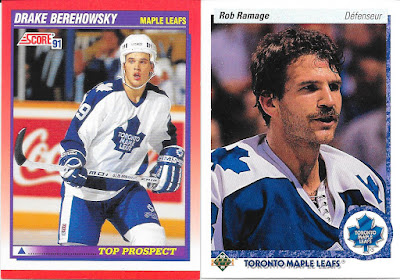 A couple Leaf cards I needed (Ramage is a French version). 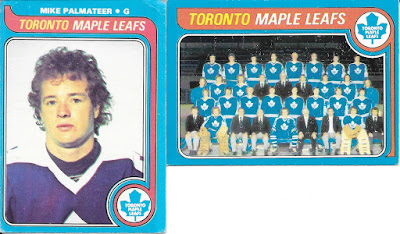 A few O Pee Chee version 1987 baseball cards, again, ones I was missing. 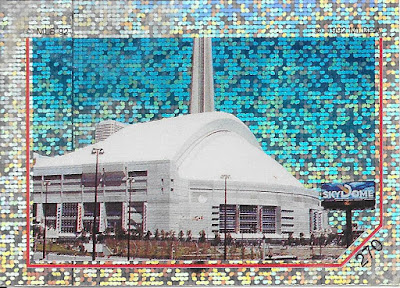 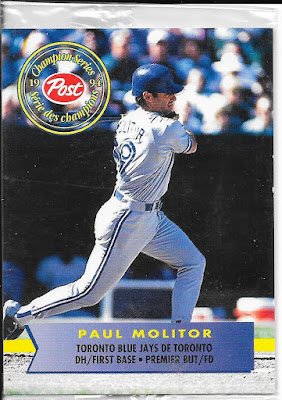 A great little trade, and would gladly trade again with Pennytendencies.
Posted by CrazieJoe at 8:00 AM