Continued O Pee Chee and then some

For anyone who uses Listia, they have done a recent change in currency from "credits" to an online currency of lnk. While this change happens and things even out, I will probably stay on the sidelines. Frankly, I don't have time to put into earning credits or currency in the next couple months, so will review in May to see if it is worth continuing on, and if the change is an improvement at all.

That all being said, I did pick up a couple last items paying credits for... 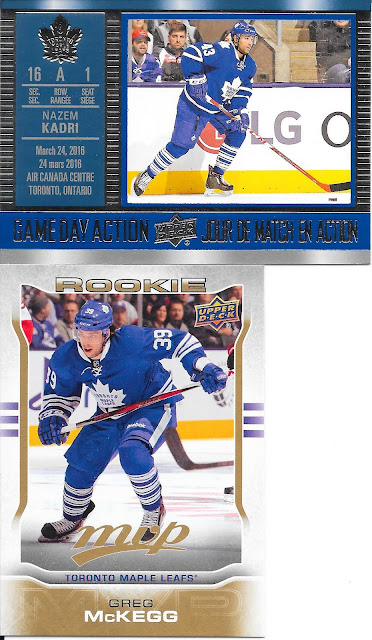 A second Game Day card for the collection, and a new to me Rookie McKegg. After all of four games in Toronto, McKegg moved on to Florida, Tamp Bay and Pittsburgh. 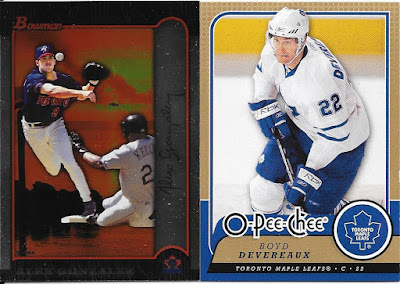 It's nice, after seeing these two sets in some abundance the last week or two, to finally get a couple Toronto cards out of the Lot. The Bowman international cards are nice for having an early and "current" photo on the back (which I should have scanned, but forgot). 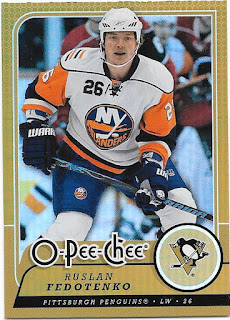 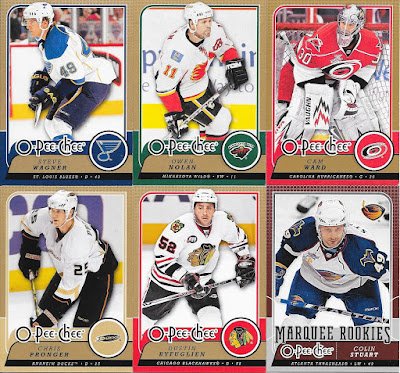 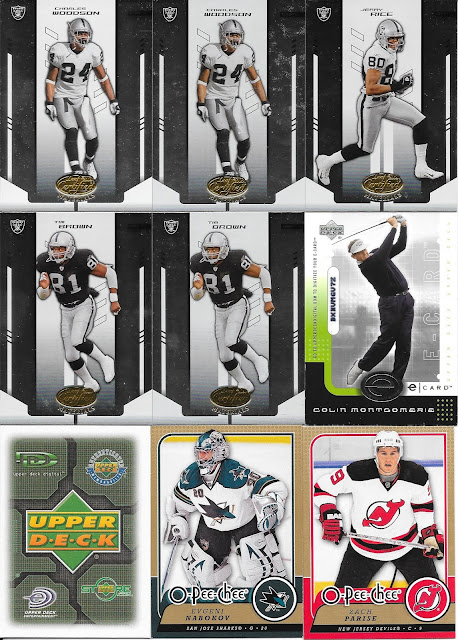 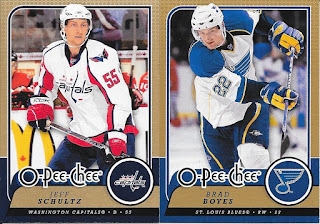 It took just short of 11,000 cards, but I think this is the first gold card to come out of it. Not sure about these "e-card" things, but presume the code on the card can be used to get the card electronically, though I am sure it is long expired. I will say, at least Colin is someone I know in the gold world since the bit I followed was during Tiger's heyday and Colin was fairly successful at the time as well.