So today is in some ways part two from yesterday.5 of the packs to open today as a couple of them were able to fit into the unopened packs collection. Will opening these redeem the purchase? Only one way to find out... 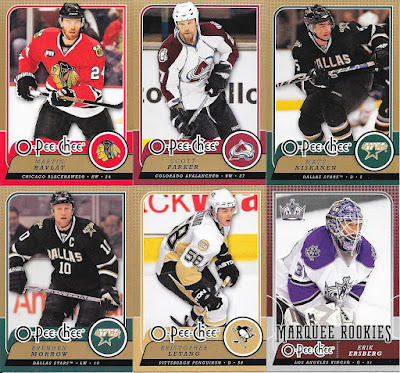 I actually need 5 of the 6, so that is slightly redeeming. No Leafs though.... 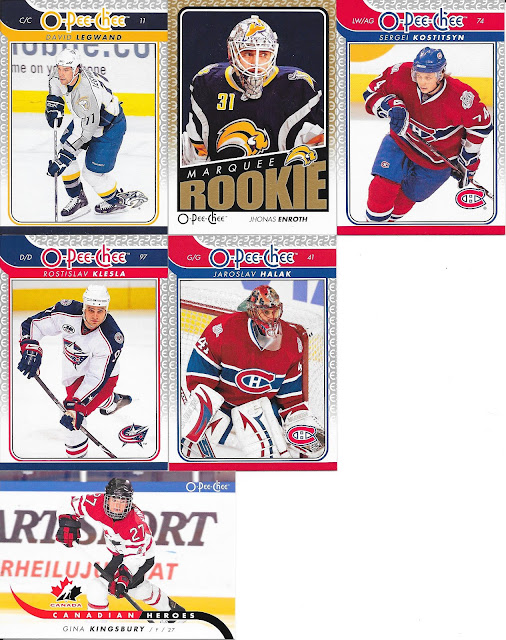 Okay, this pack gets a thumbs up for the Canadian Heroes insert if nothing else (only one dupe here also). 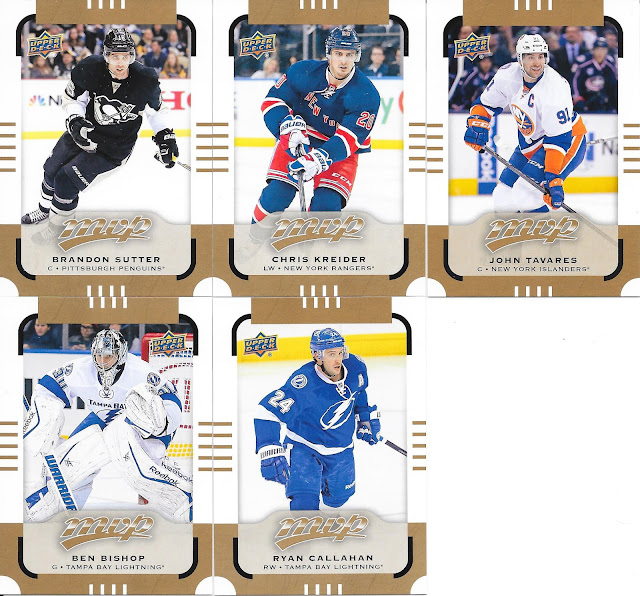 Although I did pick up some of the Leaf cards through Listia I believe, this is the first pack I have opened. Fine enough, with Tavares being the star of the pack.

At least, all five were new for me. Not that this is a set I ever plan on collecting, but still. 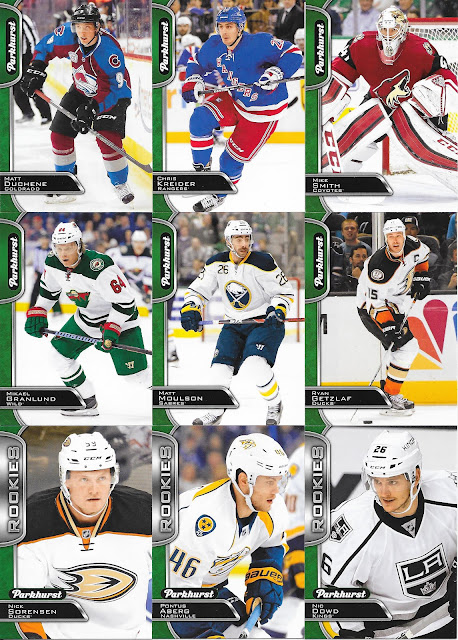 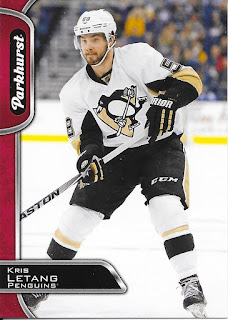 First pack of this as well. All new cards for me, again no Leafs, but I do like the Red parallel. 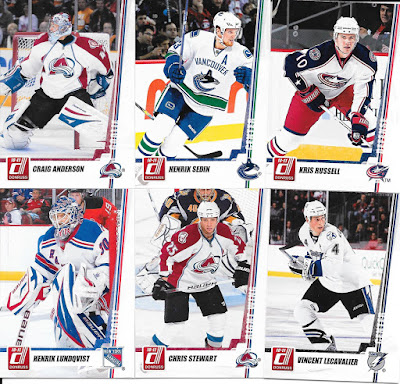 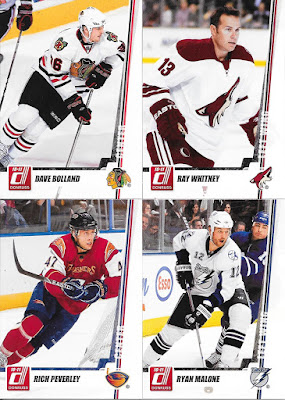 As much as I like some of the photos, and all of these cards were new for my collection - again - no Leafs and again - not much there to make me happy to have bought the box.

Well - hopefully worth sharing here if nothing else.

Well, this upcoming week, I'll go through opening some more things to clear a bit of the backlog before getting back to the Santa Lot.
Posted by CrazieJoe at 8:00 AM