Just playing off of the posts I did last weekend, I figured I would do some more singles scanning of Magic cards and throw together a post here to share with everyone. Though I only collect artifact cards, I still have a bunch of other cards which are in my trade/sale list, and I will need to go through those to, but today I will keep with just some of the early (older) card scans.

Again, real purpose behind the scanning was to add to TCDB, but other than the first few early sets which I think someone pulled images from the net to complete the scans, there are few and far between in most other sets. 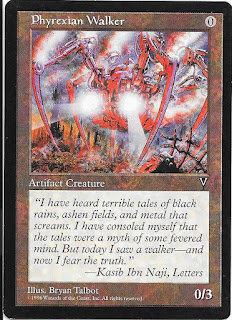 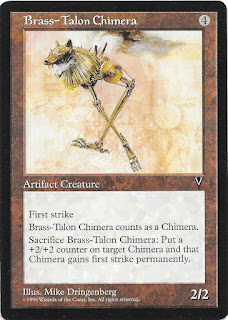 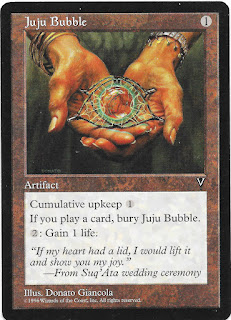 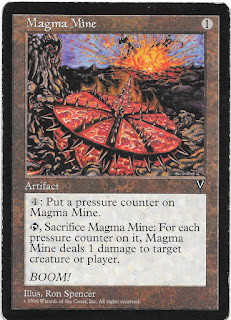 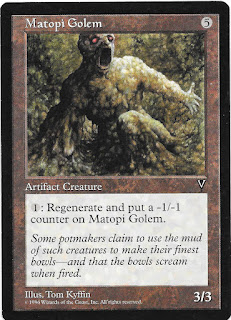 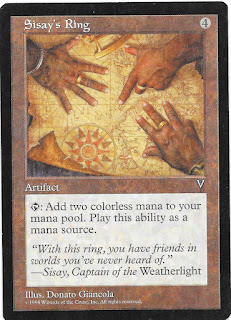 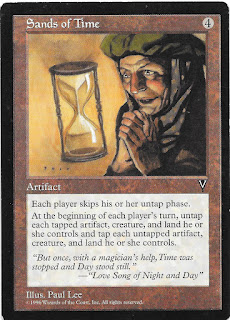 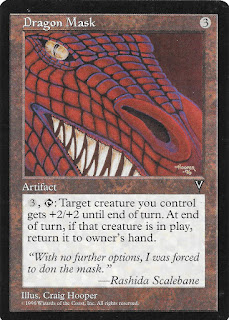 There were not a lot of strong artifact cards in Visions, and I don't recall any of these every really cracking a deck I played, though they had their place in supporting roles. Sissay's Ring is a poor man's Sol Ring. 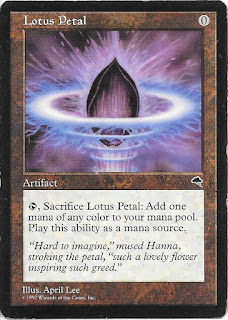 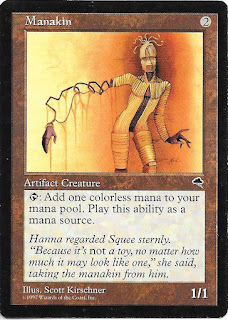 Moving onto Tempest, Lotus Petals were a good add to any deck for a quick mana add given no cost. Also, while not ideal, Manakin's were able to benefit a deck in a similar way. 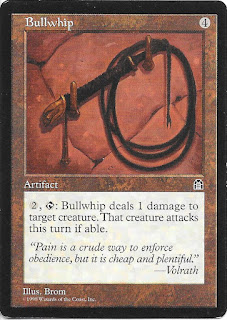 I had to include this because I swear, I ended up with 20 of these at one point. They were everywhere. Not a great card, and no one wanted it, but it seemed to be everywhere....It's like a Cliff Floyd card in a baseball card repack. 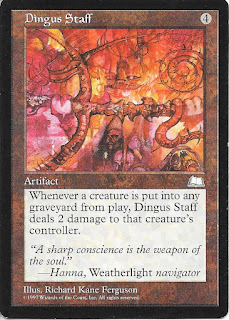 Some of the card names, we found funny as kids - this would be a good example of such. Others were really powerful and memorable like... 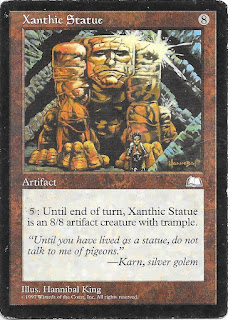 Until I found a good way to have Colossus of Sardia in my deck given the mana cost, I had a couple of these instead.

Lastly, just to go with the Unstable cards I got from the fairly recent release, here are a few cards from the first Un-set - Unglued... 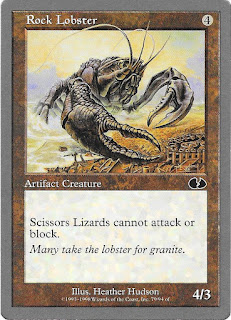 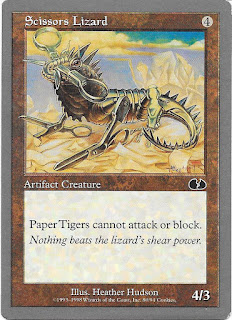 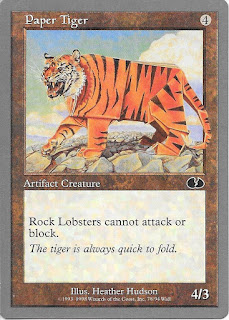 I love that I have all three of these, for obvious reasons.

Actually, that's a good place to stop for today. I go back and forth on whether I want to collect just the "Un" sets on top of artifacts, but I don't want to open myself up to collecting even more right now, I am happy with what I am collecting, and isn't that what it's all about, being happy with collecting...whatever it is you do.
Posted by CrazieJoe at 8:00 AM