First, any opinions on comment spamming. I don't know if it is easier setting all comments for approval, or just policing, but yesterday was the first time I had 7-8 spam comments on different posts. I don't like the idea of policing comments and approving them before they show up, but can understand a need to do so. 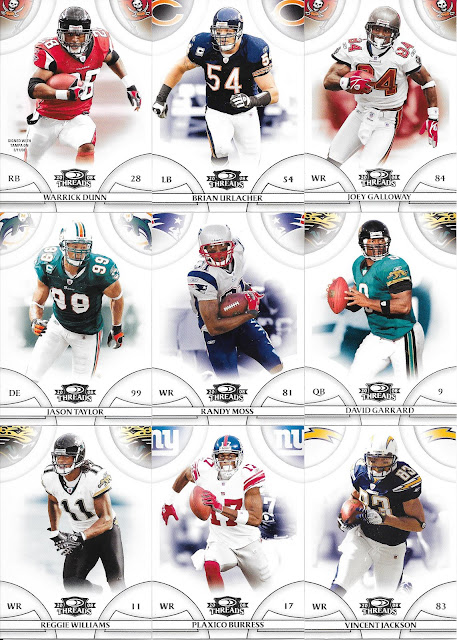 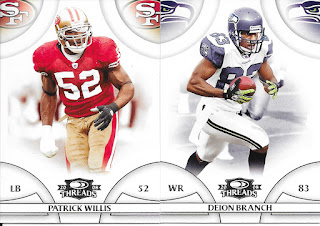 So given I don't collect football - why is this the best of what came out of the Santa Lot 20 today? More than half of these were "new" to me and moved the set completion well along. Let's face it, collecting cards, even if not cards I plan to keep, I appreciate the want to have a complete set to trade, and this moved it well along.

Interesting that the first two cards are old uniformed pics of players on new teams. I guess it has to happen that way if they have not yet played for the new team, and if you don't want to go the route of Topps in airbrushing uniforms, but I think that is generally much tougher with hockey. 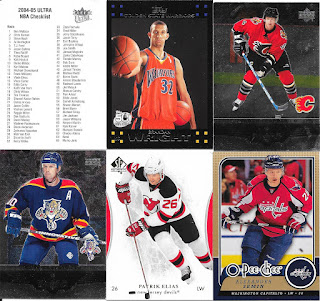