Been there Bondra that

Simply, a better day than yesterday as far as cards for me go - still not great, but I will take it.

Sorry, being a keeper is good enough today.

Looking at playing style and ability, I recall Peter Bondra as a goal scorer for the Caps. A very good player who could make plays happen. To put it into current player terms, I would call him an Ovechkin "lite". He has similar skills, but I don't recall him being as stand out as Alexander is. Still, that would be a great compliment for any player. Peter is also another player I think of as being synonymous with a team - obviously the Caps. 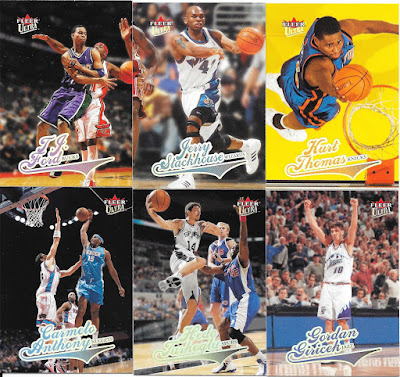 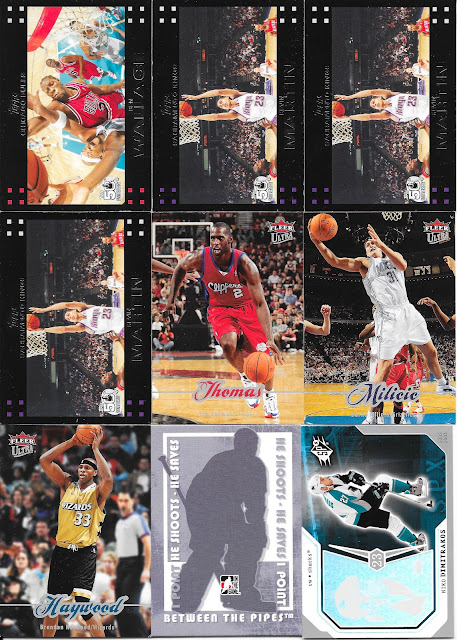 I almost made the Ultra basketball cards the highlight because it filled four or five missing holes to the set. Depending on how many sets  get pretty far along, I will probably look to trade the large set chunks away to people looking for a good start on certain sets. Nothing like getting 70-90% of a set done with a single trade.

I probably say it too often, but if anyone wants to call dibs on anything in particular, feel free. As far as the "sets" from basketball and football that I will look to move, I am at this point pretty much waiting until I finish the Santa Lot to push these, just to make these as complete as possible. My best guess from eye balling it and what is left - I'd say September will be the start of moving these. Doesn't mean I am against breaking them up, but would happily hold as much of a set that I have for anyone interested.