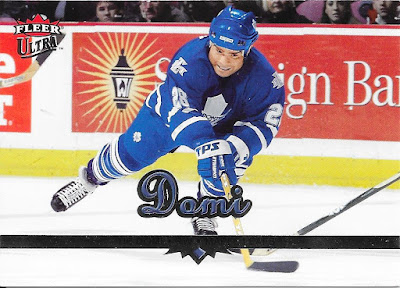 Not only does this card come as a new one to my collection, but reminded me of something I probably knew and forgot...Tie Domi actually played his first couple NHL games as a Leaf before travelling around to New York and Winnipeg and then returning to Toronto.

I would have expected to remember those couple games since, in two games for Toronto, he racked up 42 PIMs. Funny enough, that was Tie Domi in a nutshell - the type of player from the era that you don't really see much of now. 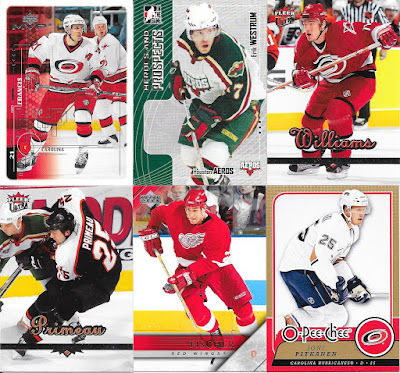 I am not a PC guy, but if I was, Ron Francis would be another guy I would consider collecting. Such a solid team-first player and leader as a Whaler, and as a Pen, then adding his veteran experience to Carolina as shown here - just such a classy guy. 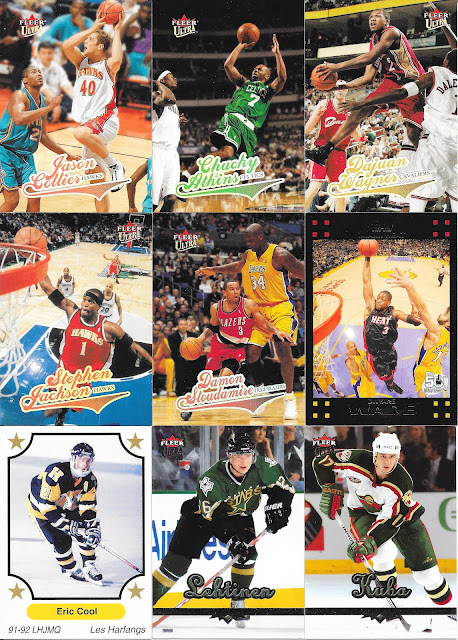 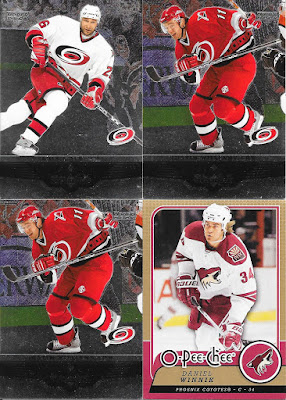 Only comment here is that, a few of the 2004-05 Ultra cards filled some holes which is nice.