I never get enough baseball out of the Santa Lot cards I picked up. I was hoping, because what was said, was a majority was split even between baseball and hockey. Yeah - as you can see in the numbers, it didn't exactly work out that way. Not even close when you are looking at the baseball.

Have no fear though, every now and then, the baseball cards come around, like today. 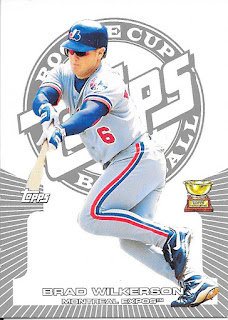 There have been a few of these Topps Rookie Cup cards. I'm not a big fan of the background design, but it is a neat little set. Happy also to see an Expo card (would rather a Jay, but can't have that with every baseball card I get). Brad spent the first 4 years in Montreal (2001-2004) before making a few more stops in his last four years in the majors. 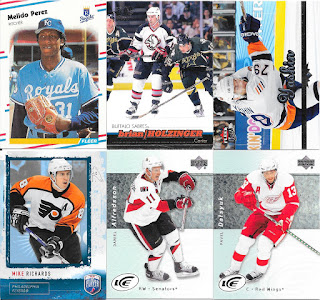 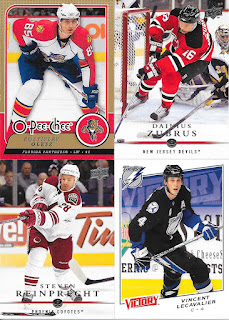 An excellent day overall with a bunch of nice cards to keep. The couple additional 2007-08 Upper Deck Ice cards are great - really would like 1-100 knocked off on that base set. 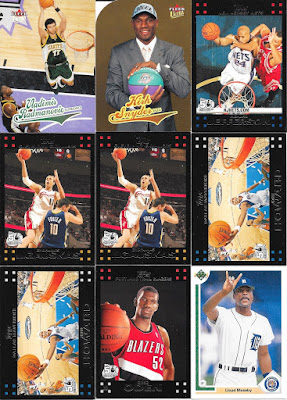 I swear the Jefferson card looks like an ad for the team across the bottom at first glance - then I realized it was the top of the backboard.