I have talked about starting this a few times this year. Starting what? Getting a bit more focused on my collecting.

Easiest way to look at this is to break it down by genre/sport that I collect, from easiest to define to, well, less easy.

Magic Cards
This one I am happy with, and not intending to change my focus or collecting at all. As it stand, I collect:

1) One unopened booster from each expansion set which was released in a booster format (so this knocks out things like buying complete sets, deck themed or duel deck boxes, etc).

2) Artifact cards (including tokens), up to 4 for each separate card (and if foiled, four of those too) as that is the number allowed in standard play.

As you can see, very concise and easy to follow as I then trade or get rid of every non-artifact card, and every artifact once I exceed that magic 4 number.

To be honest, right now I do have three decks built which I have aside and will likely keep there in case my son gets into Magic (and if he does, I'd just give him all my non-collection cards then as well), but otherwise, everything is trade bait until future notice.

The only cards actually, I will keep a dupe of would be for the error binder if such come up.

Now, this is where it gets tougher...

Hockey / Baseball Cards
First and foremost, I collect and keep all Leaf and Jays cards, including dupes. Beyond this I also collect all insert/parallel/variations/short prints/oddball (as I define them), error cards, and past that, will work on completing base sets.

Parallels - Standard definition here - any and all I keep

Inserts - same as the parallels above, any and all kept - heck, I will include the advertisements in this as well (where those still happen)

Short Prints - A bit tougher here - what is really short printed or not? For these, I am really looking at the alternative short print photo cards, or sections of base sets which are shorter printed (I probably won't worry about the few in 1988 Donruss though), and anything in a base set that is SN would qualify

Variations - I am NOT looking to complete three different 1991 Donruss sets, so not looking at complete set variations here, but any other variations (though may also be under short prints).

So where I ended up on this is, taking a good hard look at all the sets I have cards for and deciding whether I will actually collect each one or not. Some factors will be, how many cards of the set I currently have, is a significant set by number of cards (so yes, I have 30 cards, but the set is 900 versus 40), or alternatively, deals mainly in players still in the minors or sets that may not be too big, but that may be hard to actually complete. Obviously, will also have some personal bias in keeping ones I like by design and may want to build later.

I started with baseball since I have a bunch of sets from repacks where I picked up a handful of cards in a set, and really have no interest to collect the set as a whole. I won't show everything here, but hit a number of different items in case anyone is interested (and also, check my trade stuffs on TCDB for exactly what I have). 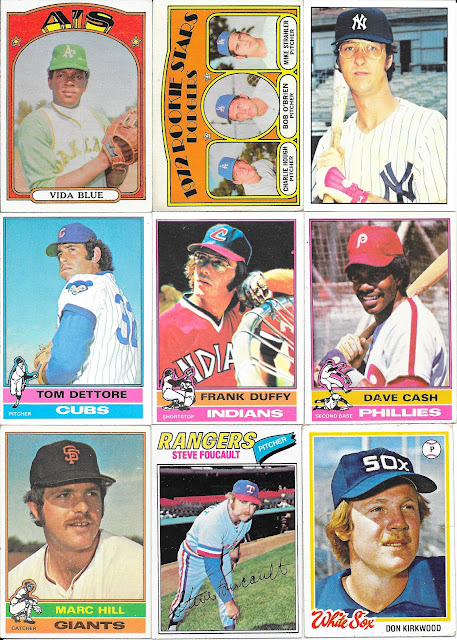 I don't have many vintage cards, and being a Jays collector born in 1980, I don't have the childhood ties to these sets that many do. Most of these came from repacks (though the Vida was from Value Village, I do remember that). 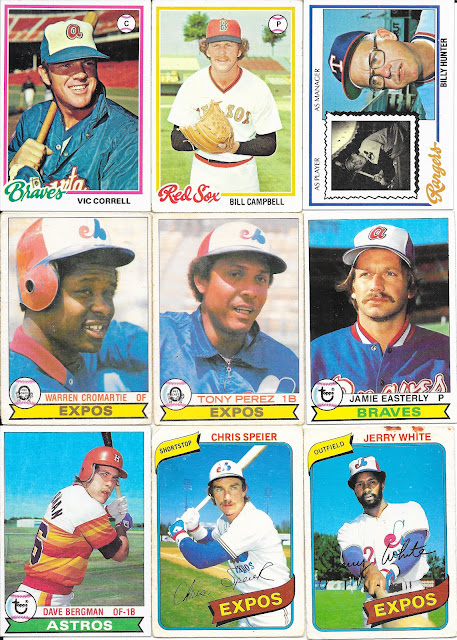 I may have already sent the Expos cards off as I know Mike at Not Another Baseball Card Blog could use each and every one for his million Expos collection goal. 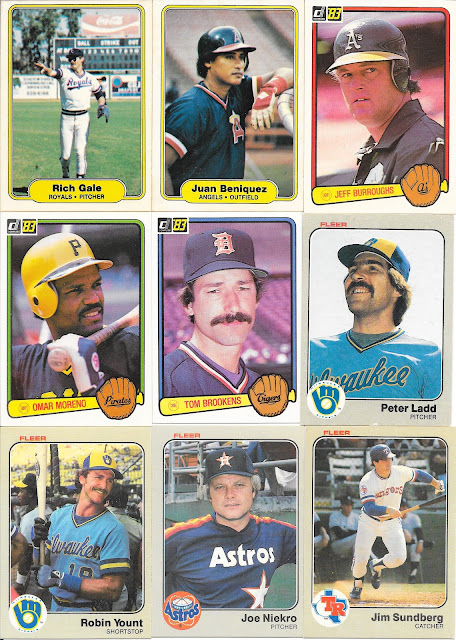 Through the 80s, not much from Fleer in my collection, so a number of sets I am knocking off of my collecting. 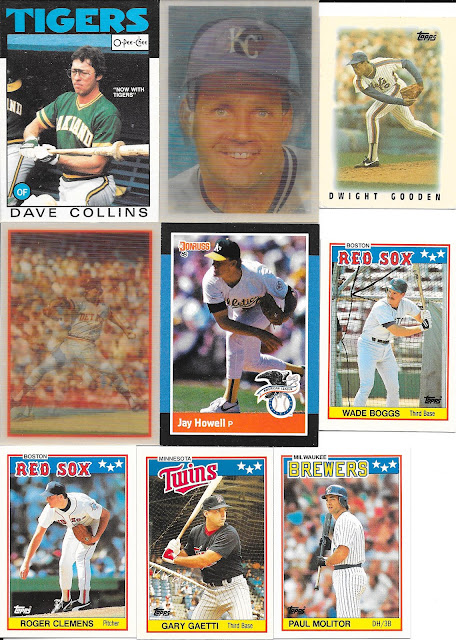 Not sure where I got these UK Minis, but I may have about 10% of the set, but not looking for the set, and not likely to find many I don't think. EIther way, getting those out of the collection as well. 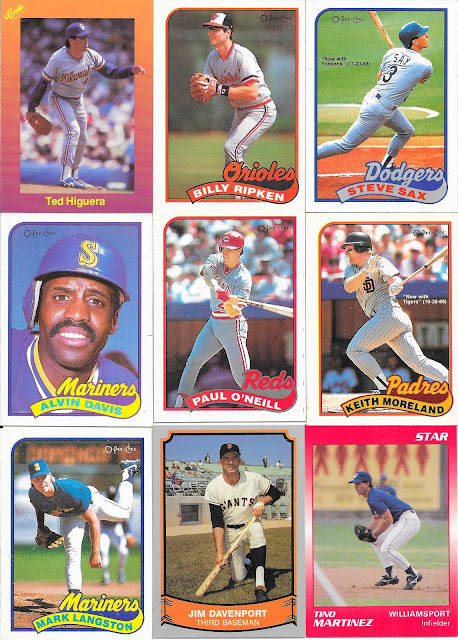 A number of Classics sets, given their size and minor league content, are off the collecting radar now, as well as Star and 1989 O Pee Chee. 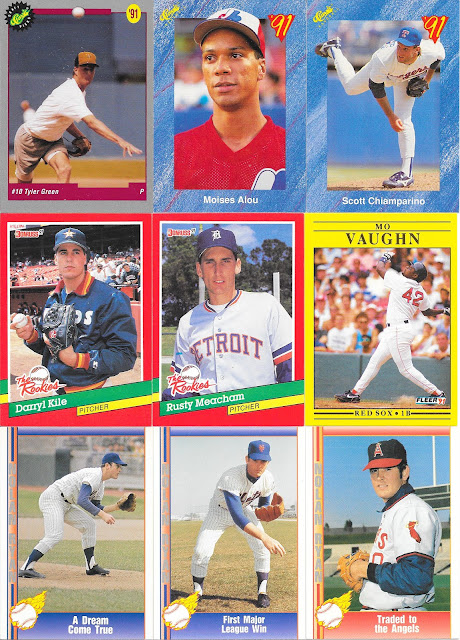 Ah, the Nolan Ryan sets - year, not my thing, but can see them being a necessity for any Rangers or Ryan player collector. 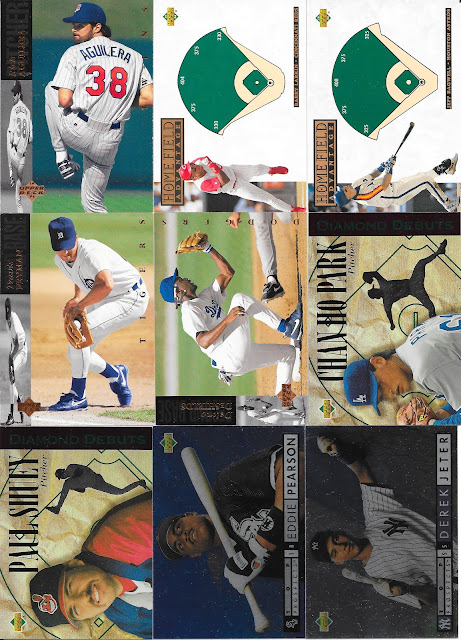 Even through the 90s, a number of sets I could have more of, but don't, and have no real interest for finishing up like Collector's Choice.

This is a start - I'll go through some more tomorrow, but probably looking at having pulled about 1,500 cards which is a decent reduction for baseball, and hopefully I can do the same with hockey afterwards.
Posted by CrazieJoe at 8:00 AM