Looking for some Magic

Today, the first half of the 100 Magic card commons/uncommons pack I picked up from 401games. One of the last packs I picked up there before they moved (again). They moved far enough up Yonge Street I am probably only headed there once or twice a year by subway over lunches now. Still good to have the option, but would have been nice if they had stayed put...but then again with all the redevelopment down Yonge Street in Toronto, I understand that wasn't really an option.

So let's see if I can score some artifacts in the first 50 today. 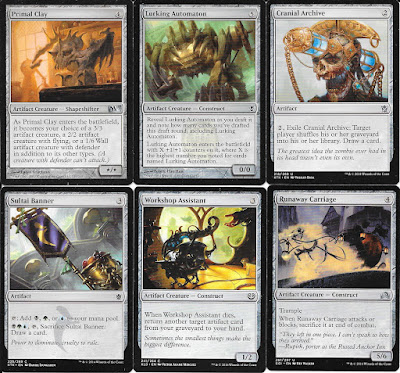 I'll take six out of 50, no problem. If you consider each wopuld cost a quarter, and the whole 100 cards was $2 - won't take much tomorrow to make it worthwhile from a dollar perspective.

I like the Primal Clay - a card I played with in the initial incarnation of the card some 25 years ago. Interesting to see how the artwork is different now - understandably so, but does make me miss the old style.

Add in the nice reminder that flavour text on Magic cards can be pretty neat with the Ronaway Carriage. 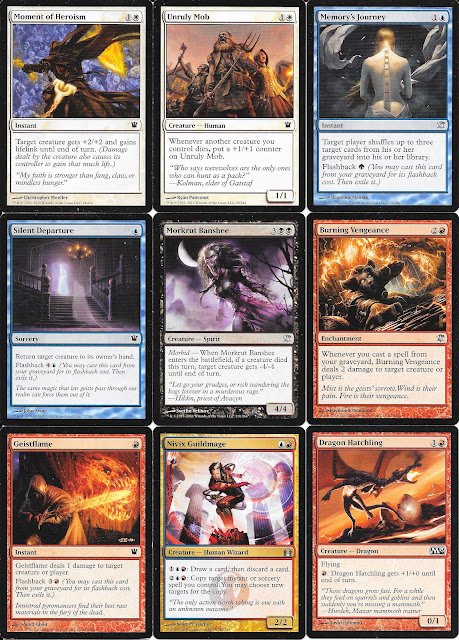 So the cards go back to about 2011, which is alright I guess. WOuldn't expect too many going back much further when we are looking at common and uncommon cards. 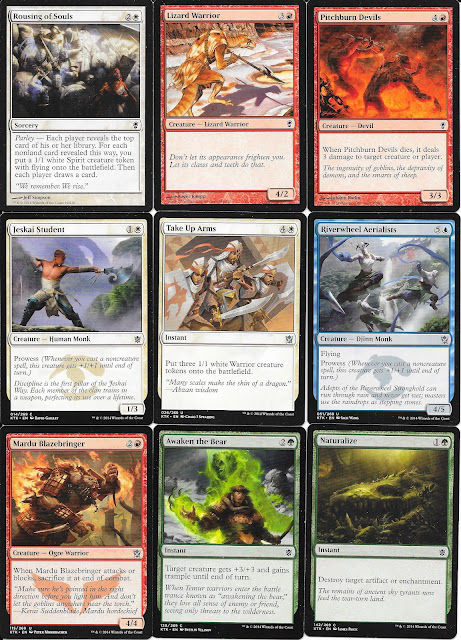 There are some ruins of cards from similar sets as you can see by the card symbols (middle right of each card). 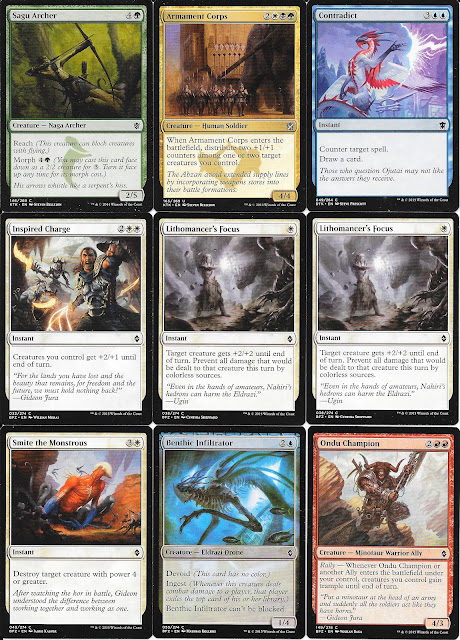 Yeah - one dupe here, but that is to be somewhat expected. Heck, I'm happy there was only the one in this half. 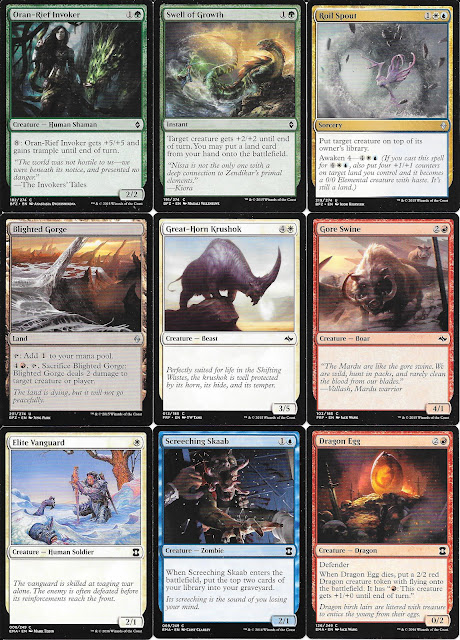 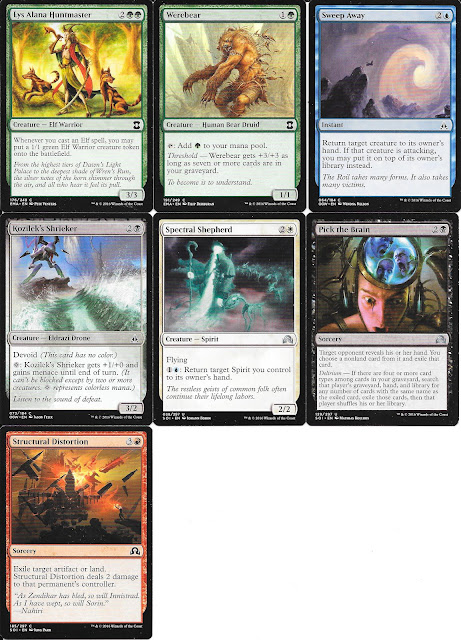 Pick The Brain....a bit literal name to the card.

So there we are - 49 cards instead of 50....but maybe they were miscounted when they were split between halves, so maybe 51 tomorrow?

We shall see.
Posted by CrazieJoe at 8:00 AM