Continuing at the dollar store

First - hate to see it happen to the Jays, but Verlander tossing his 3rd no-hitter, and doing it again to the Blue Jays sucks, but have to applaud the ability. Now if Toronto could get some strong pitching like that....

I picked up the pack because of one of the cards showing: 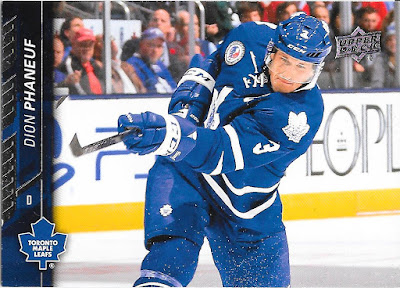 Always helps when you know you are getting at least one card for keeps. Though that was the only one for the Leafs collection, but there were some others I am keeping, but here are the few traders: 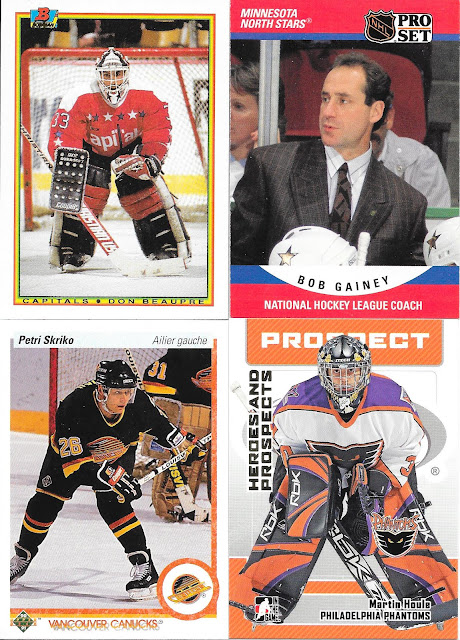 I have mentioned before that these Heroes & Prospects sets are a pain to me - I am not one for the pew-NHL cards, but don't mind keeping the heroes and NHLers. Accordingly, I pick and choose what I keep out of these, and they are sets I will likely move in whole to the trade pile since they are sets I really will only want the Leafs from.

So what is left? Error cards! 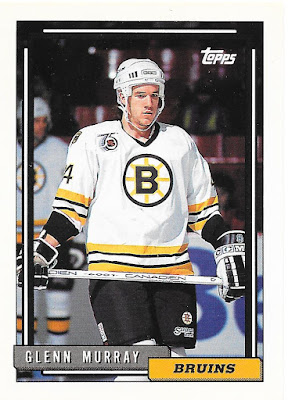 A straight forward issue of adding an extra N to the end of Glen's first name. 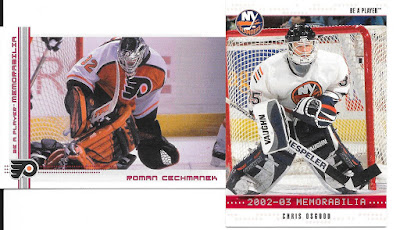 These are ruby parallels from the respective set, however neither one has the SN on the back. From earlier discussions online, I think the best thought I heard was that these may be extra copies which were created as replacements if needed for any of the actual SN cards, however when the card company went out of business, these probably were sold and ended up out and about.

Could be another reason, but this sounds like it makes some sense, and the Luongo card I got with a similar issue, is from the In The Game brand as well and the same time period - so would have some logic to it.

As far as keeping/collecting goes, I stick them with the error collection, though a bit of a misnomer, they are parallels at least, so I would be keeping them anyway, but want to remember they are that wee bit special so error it is.

I would call this a successful pack with two nice "error" cards, plus Glen!
Posted by CrazieJoe at 8:00 AM