A double dose posting today as we have a 100 card lot from this 110 base card set. Nothing for me for collection purposes, so instead of looking at who is here, I am going to talk about who isn't here and highlight the names not showing up from the set. I expect some will be just missing cards never in the collection and others will be the stars pulled.

Luckily the last card is a checklist card, and that is  here so it makes that task easier. 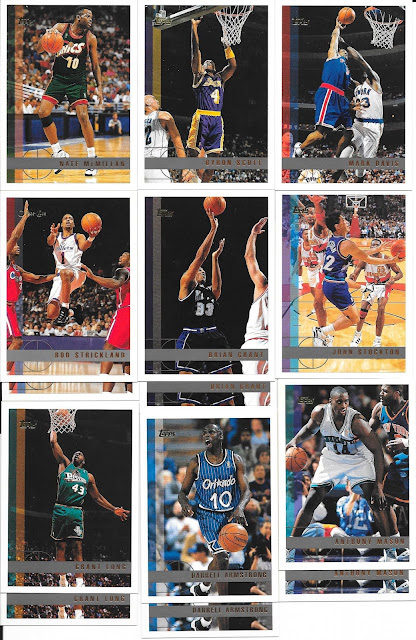 Missing Pippen and Stoudamire - so makes sense for a Toronto area lot - missing a top star and top Toronto player.
It's also at this point I realize - a few of these are O Pee Chee cards. I'll remove and talk just about the Topps sets since most of the O Pee CHee are "dupes" and there a Topps version here. 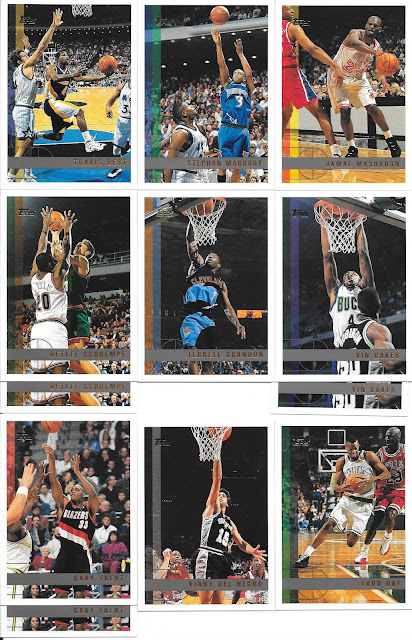 Missing Charles Barkley - can see that being a PC guy for someone. 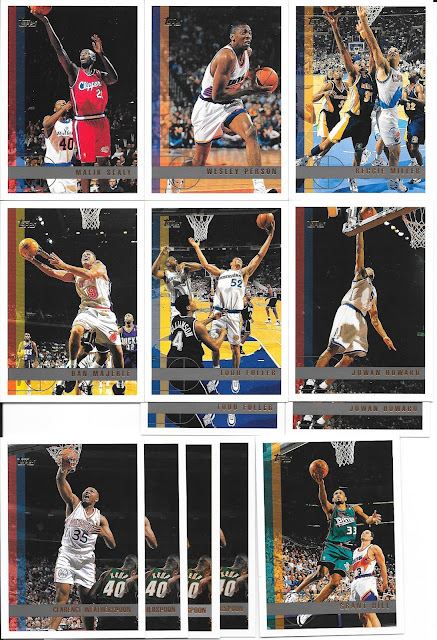 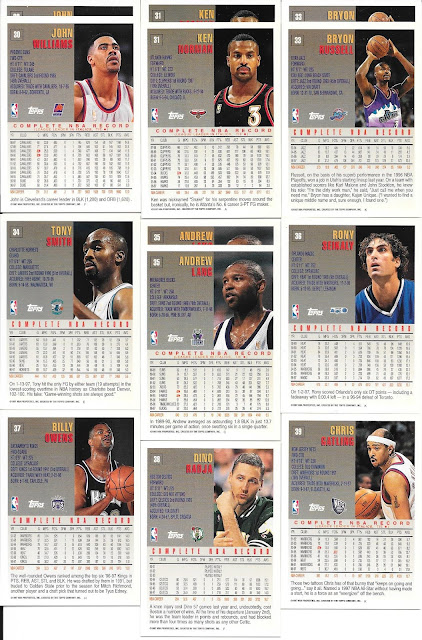 Missing Ewing - another star of the time or PC guy I'd expect. 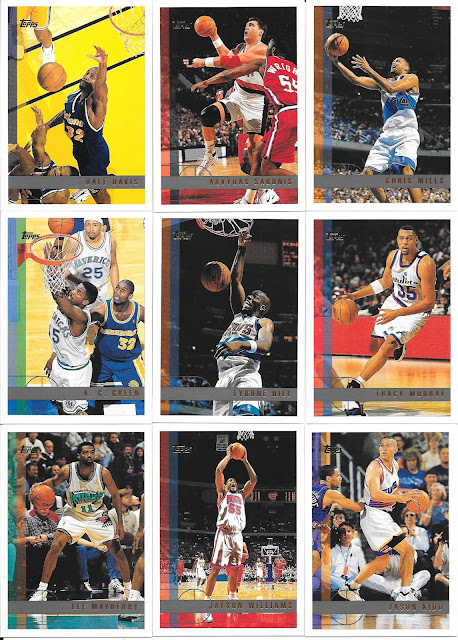 David Robinson is MIA...again, star so can expect that one. 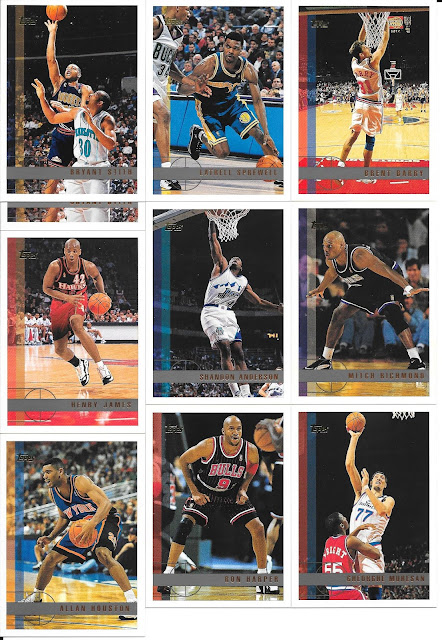 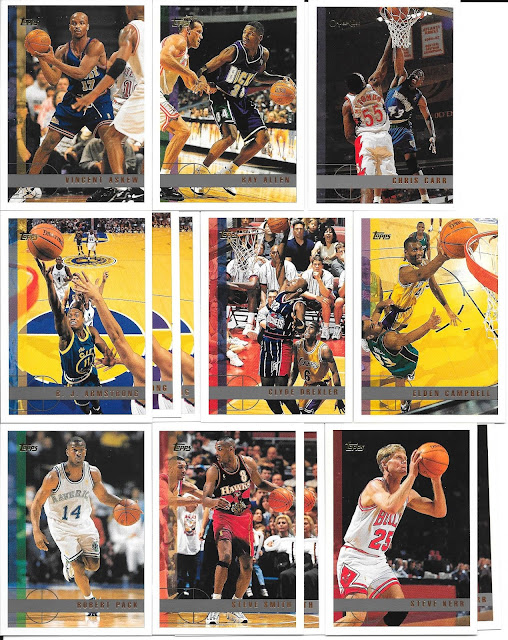 Missing most of the cards numbered 61 - 74 - so thinking those may have been in the few seen before, or somewhere else, for the most part. Same true with most of the run from 80-96. 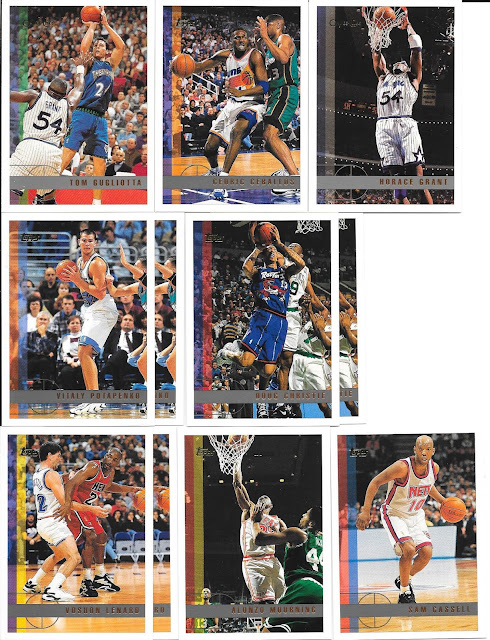 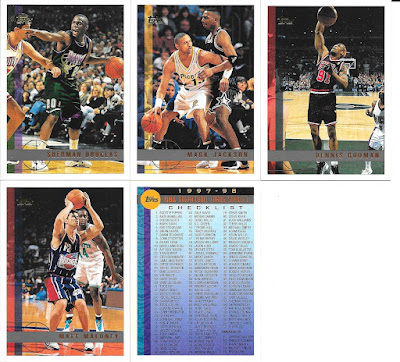 There are a few other missing but Wilkins and Oakley are the names I figure may have been pulled.
So, no real surprise, other than the O Pee Chee cards mixed in, doing what O Pee Chee did for a number of years and look very Topps like. Not a surprise given what O Pee Chee was, but didn't think about there being O Pee Chee basketball to be honest. 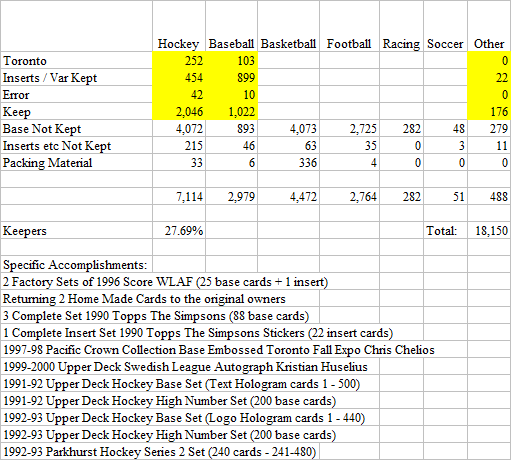 As I recently went through TCDB and in detail added all the missing Maple Leaf and Blue Jay cards I could possibly want to collect, I have had a barrage (for me), of trade requests. One such request coming was from m_y_t_h which provided a few different and neat things... 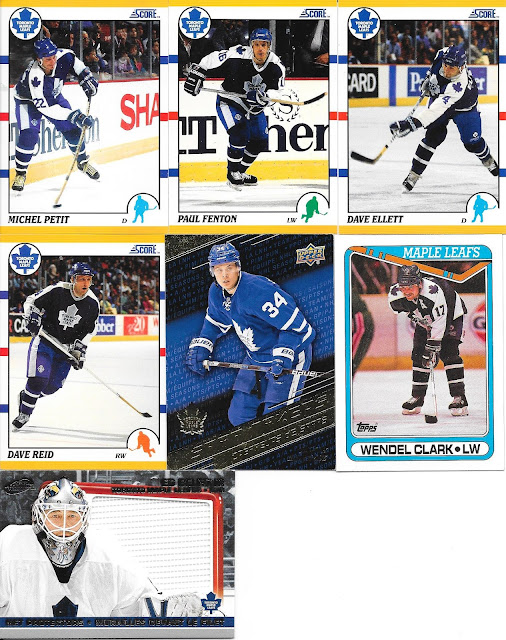 We have the last 4 of the 7 Leafs from the 1990 Score Rookie and Traded set, so that team set is complete. The Belfour and Matthews cards are single Leaf represented inserts, so those are knocked off too. Not bad for a single PWE to mark off three different team "sets" like that!
Posted by CrazieJoe at 8:00 AM