Some days with these card lots and pulling random cards, there isn't a whole lot going on for me. Today, is one of those days. A perfect example is the back of Karl's card below. 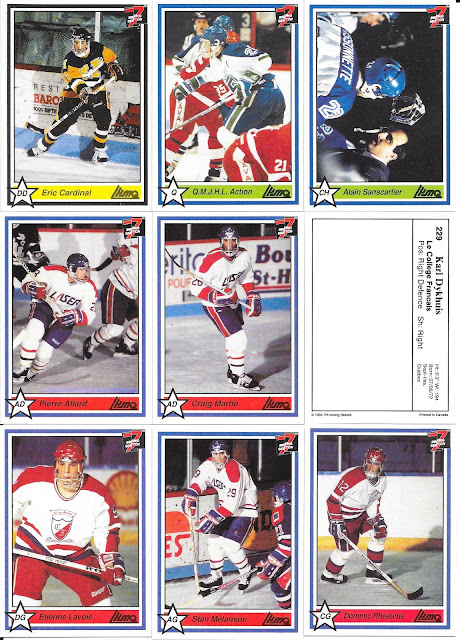 QMJHL set from 7th Inning Sketch. They couldn't even bother putting a photo on the back for Karl - just a nice big blank space. I guess good for a signature but not done on any other cards...at least that I have seen. Maybe he's special? The card is - an A plus for wasted space.
Guess they had nothin' to say about him. 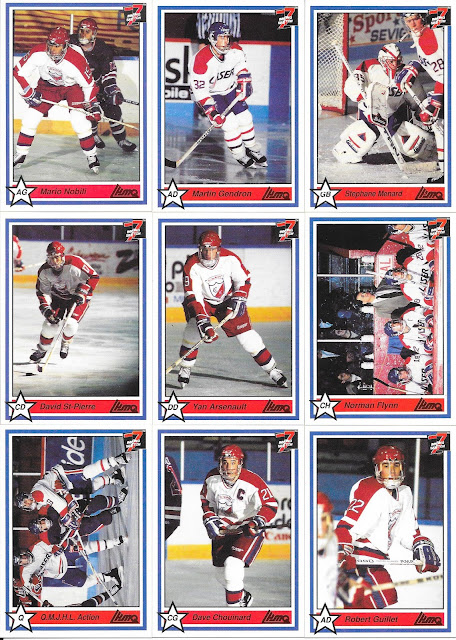 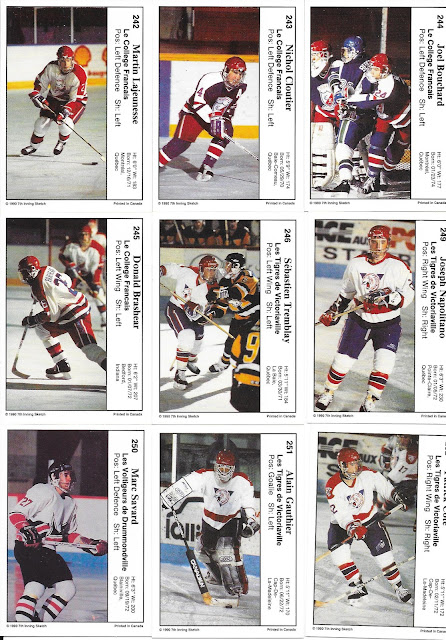 Here are the standard backs...except my scanner seemed to cut a bit to tight on the right side and I missed it. It's 7th Inning Sketch - no one really misses it though....but at least these all have pictures. Poor Karl. 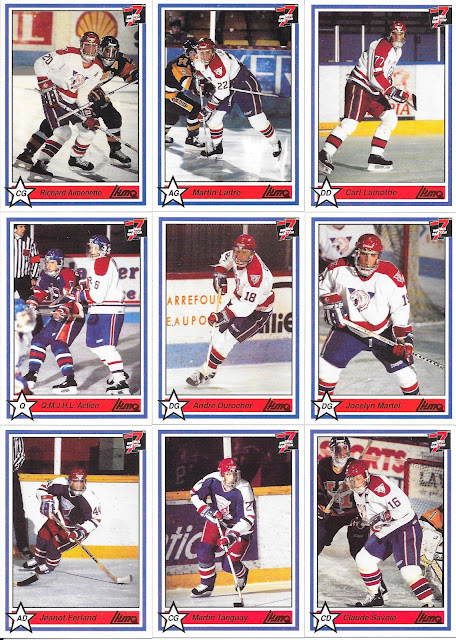 Beyond those, we get into some basketball. 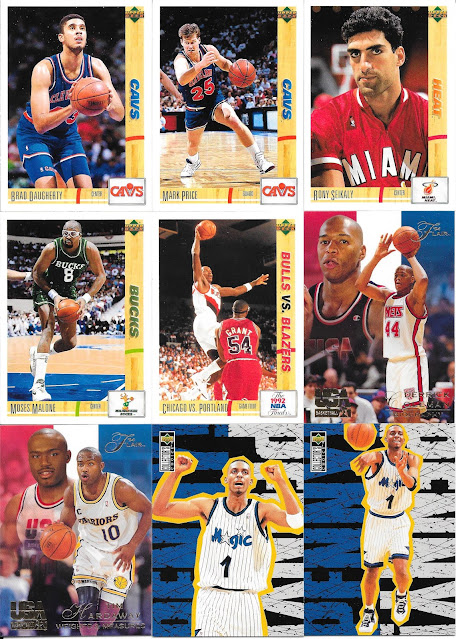 Those Flair cards are really nice - similar to the baseball version for the same period - in and around 1994. The thicker cardstock, nice gloss, nice design and gold foiling, just feels premium, and was at the time. 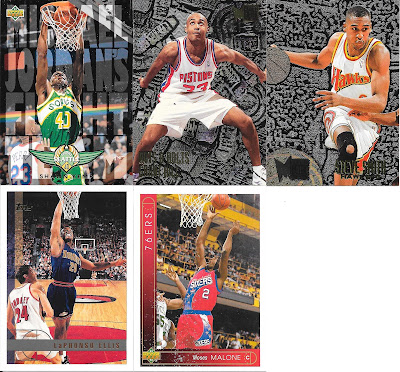 We finish with an interesting Shawn Kemp, and an unfortunate Moses Malone - damaged as many 1993-94 Upper Deck cards in this lot have been...another attach from snow given the look.... 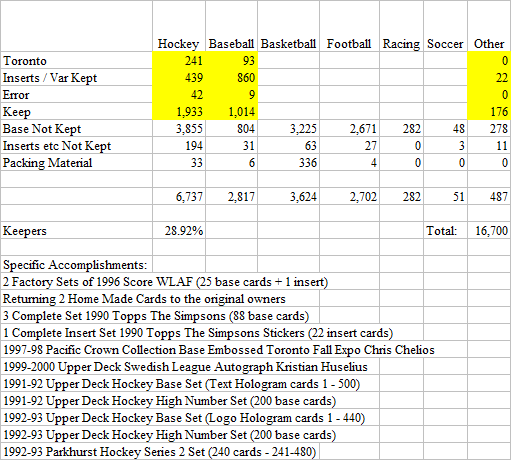