Return of the Best

Sometimes on these lots, certain sets show up, trying to make you collect them...like 1997 Bowman's Best baseball does today. 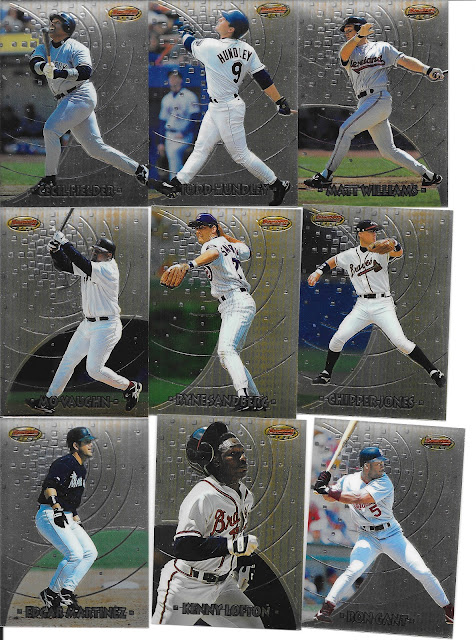 Had a bunch show up before, and with these, we get to about 75% of the 200 card base set, which would normally be enough to have me give in and start to keep/collect it, but I just don't have the interest on this one.
Sure, that Kenny Lofton card is pretty neat with the flying cap, but the overdone graphic fronts take too much away from the cards to make them overly enjoyable to me. 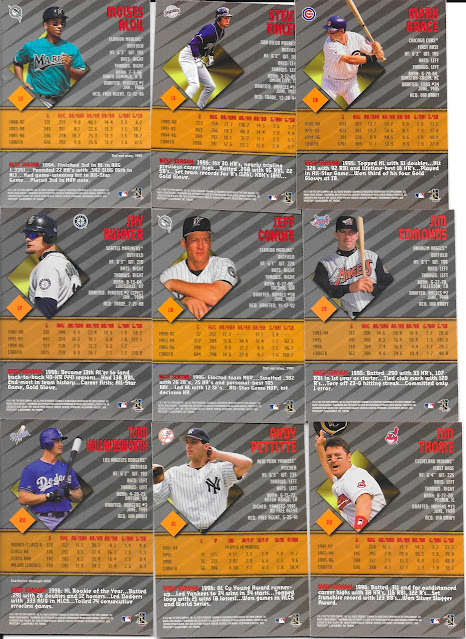 We do see some more duplication from the cards I've already sorted through, and there are some of the remaining cards that I am surprised would be missing...so we may still get to the point of putting up with collecting this one, but it will mean getting closer to 180 of the 200 cards before I'd give in. The curve on these cards does make the scanning harder, as you can see, lining them up was difficult as they kept wanting the shift as the lift of the scanner pushed them around a bit.
The Bartolo Colon card, just ahead of his career isn't too shabby. I knew he was on a number of teams over his career, but didn't realize it was 11! 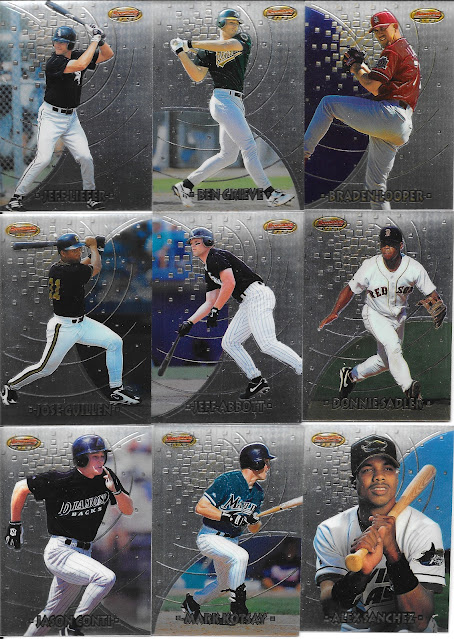 Still, no Jays showing up in this bunch unfortunately - but 75 more cards all in, and not a one then for me to keep. Still, very happy overall that baseball and hockey are running this lot. I don't mind the others, but since I don't collect them, I am good with have some for trade purposes, but not getting 20-30% of the cards being either basketball or football for example. 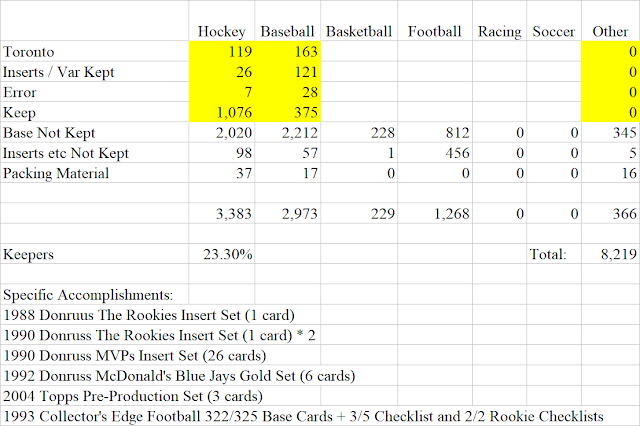