Like Chrome, I never really go into SP Authentic sets much over the years. I think it's mostly the "floating player with graphic design". It's not a hatred or anything, just a lack of desire to collect anything beyond my precious Leafs. 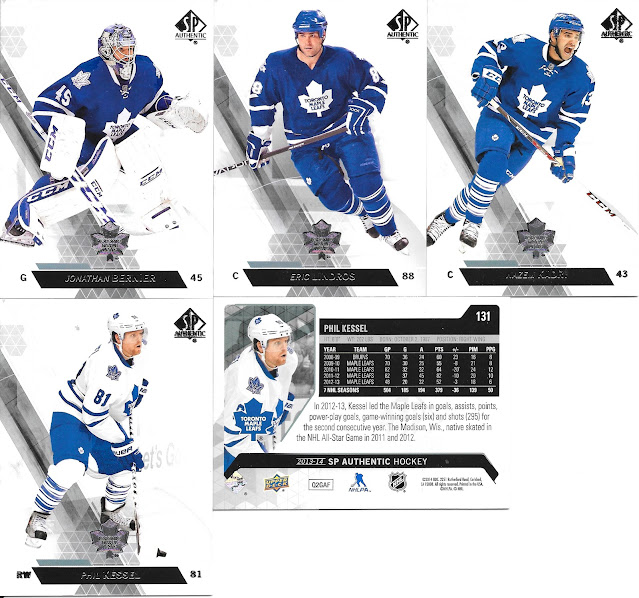 I needed almost all of these, so a nice success in this bunch of about 160 cards. Not a surprise that, given the way SP Authentic has SN cards in the "base" set, that none of those show up here, but let's take a look at some of the cards... 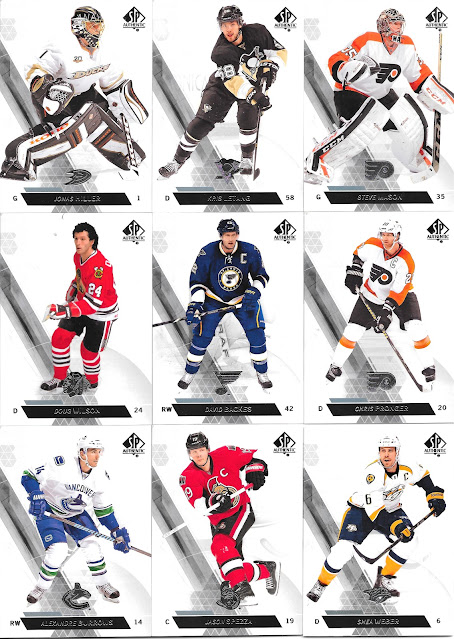 You do get a smattering of past stars, but no surprise that even the base card Gretzkys and Lemieuxs are nowhere to be seen here. Some of the cards do show up in duplicate, which is alright....good cards in general, heck, for the price, love getting good trade fodder like this. 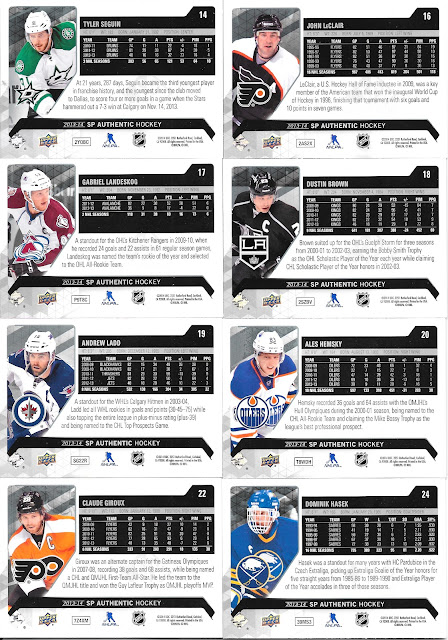 The black and white colour scheme is pretty basic, but works. I like the contract as it's easy to read and my lack of sight appreciates the easier read. I do however hate the fact that the small pic is just a cropped version of the front photo. Always find that as being a lazy way to do it. Just don't bother with the back photo if you are going to be that lazy. 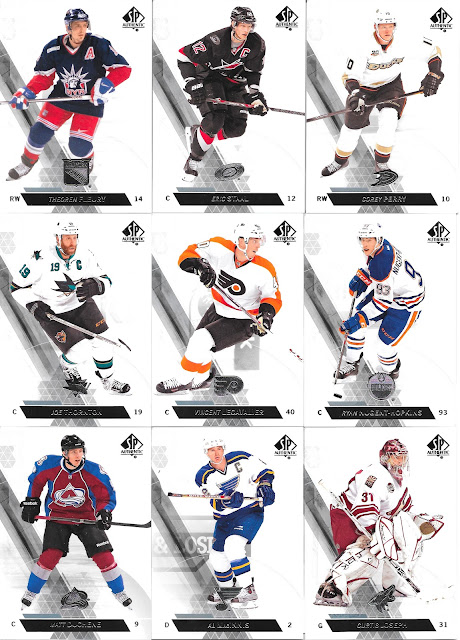 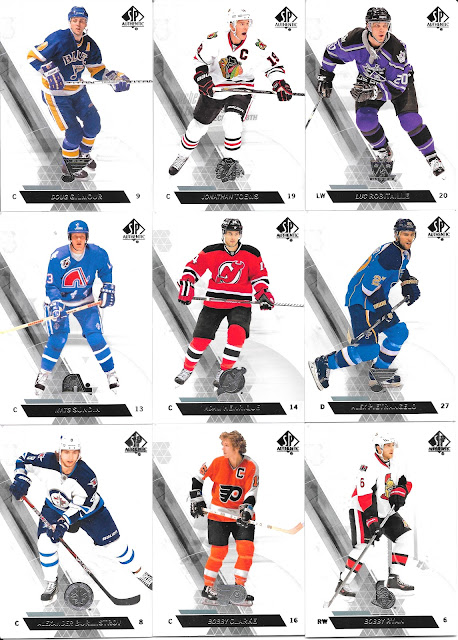 Miss the nice Nordique uniforms. I am sure they may be considered too basic these days, but very nice. 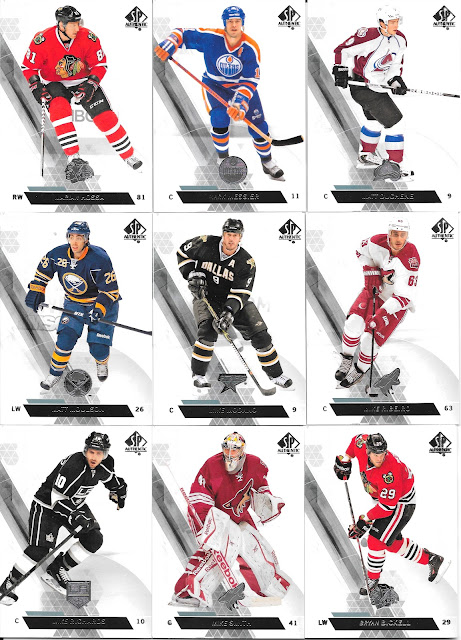 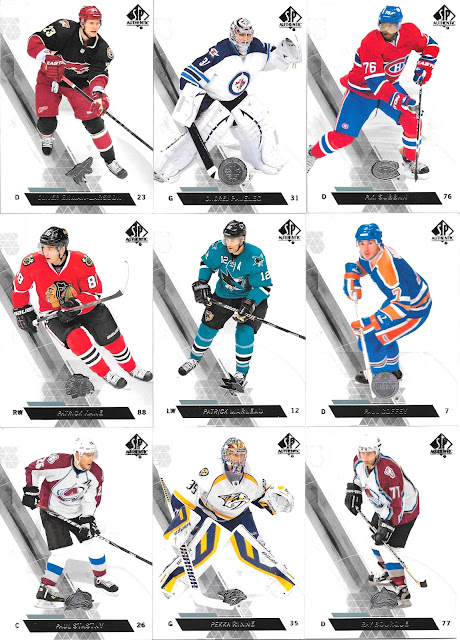 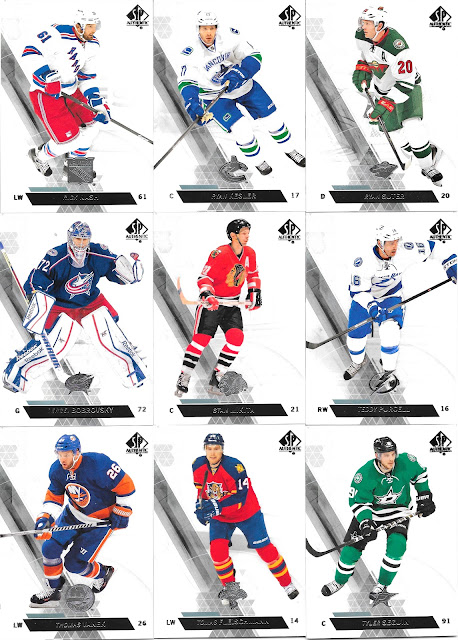 All together, these cover about half of the 150 pure base cards from the set. A good start, if I wanted to go after the set, but not one I overly care for so....trade fodder! 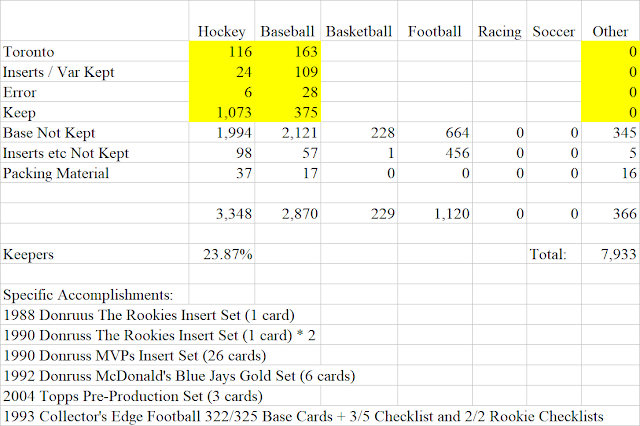