All for the rookie...update and some studio time

I only needed the Guzman card, but I really like the photos and designs on these cards so I picked up the following Jays on Listia:

The signatures are nicely done as well - don't normally like the faux signatures, but they look nice on the simple studio design here.

Ok, so here are the rookie related highlights... 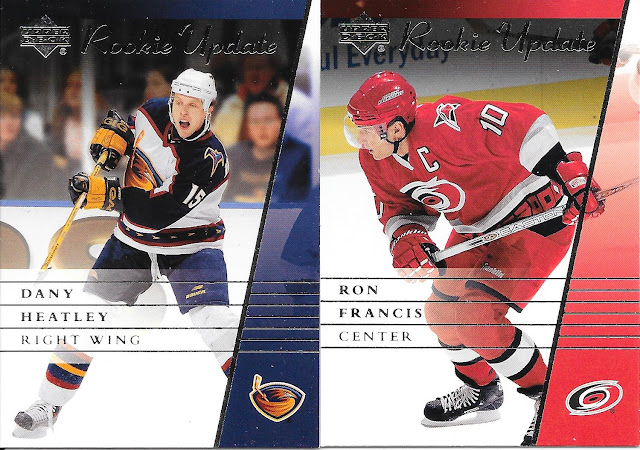 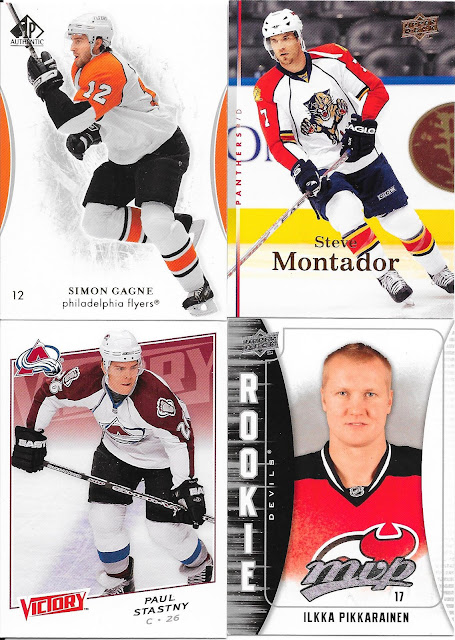 To go further with the Rookie mantra in the Santa Lot 20, a nice 2009-10 Upper Deck MVP rookie card. Again, someone with plenty of hockey playing career (a number of years in European leagues), but still a rookie for NHL purposes. 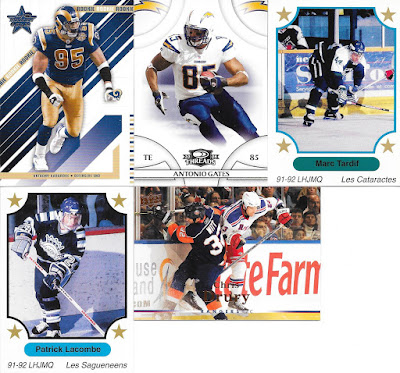 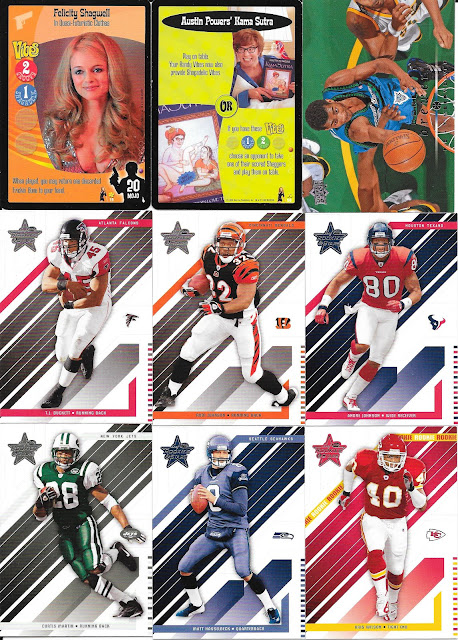 More rookie cards from Leaf football here as well - seem to be rookie related cards all over this 20 card picking. Even the 7th inning cards which are essentially pre-rookie cards for NHL purposes...and I guess we can call the Austin Power cards rookie to since it was the first and only Austin Powers card game that I know of (and hope to goodness the only one that ever existed or exists).