Before we get to the pack - after posting yesterday about my trade with Mike at Not Another Baseball Card Blog, I got to thinking about my collection and what to send back. I have been of the mind to keep one of every card I get and only trade away doubles, but I'm rethinking that now. The more I think about it, to actually have duch a collection would be so massive (not that I'd ever reach that goal). So what does this mean? I think I will slowly and selectively start getting rid of cards that do not fit my collection, and which are for set I have no plan/interest in collecting.

My "fear" would be getting rid of cards from a set only to later decide I want to complete the set, thereby making my work so much harder. What I will probably do short term is, unless it is a set I really like (such as Artifacts sets, Legends Classics, Masterpieces) or a set I have a good start to - maybe 50% or more as a guess, that I will trade such cards.

Collecting is great, but defining what to collect and keep is hard, and probably always changing. So, for anyone interested, don't feel shy asking if I have cards listed just in my collection on tradingcarddb.com - I probably won't actively move these cards from my collection there, but will be willing to move them to get cards suited for my collection.

With that all said///let's just get to opening a pack today, let's see what we get... 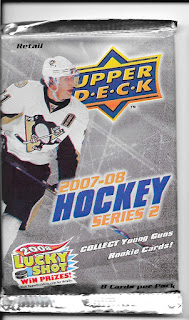 This is not a "new" set at all on this blog as there have been plenty of 2007-08 Upper Deck cards, but maybe something nice will come out of it anyway. 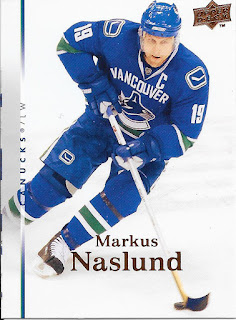 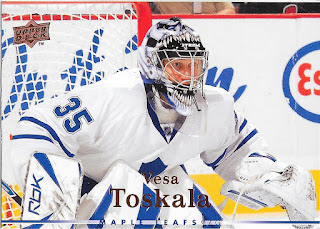 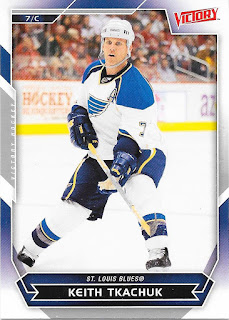 Victory when the set was included as an insert to the main upper deck set. At least Keith is a solid hand and multi year all star. 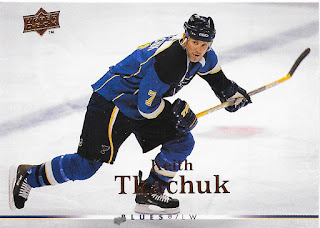 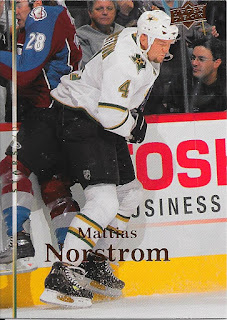 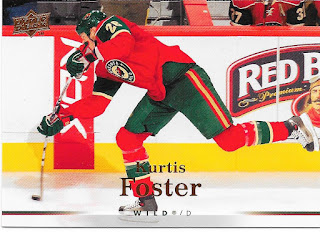 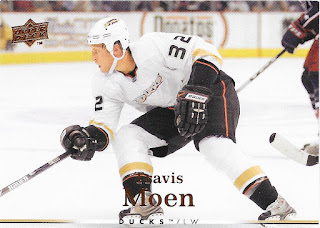 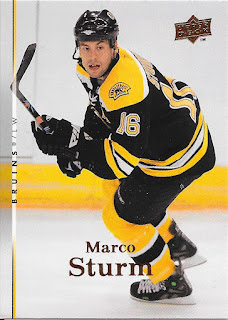 And some base cards to finish up the pack of 8.

Now, looking at the scans, and the cards in hand, I've noted that some of these are actually miscuts (which I include as error cards since they should have been caught under quality control). To be a miscut, to be it must be far enough that it includes something from the card beside it. Accordingly, this is the case with both the Toskala and Naslund cards as you can see a thin slice of the side card (Naslund on the left, Toskala on the top). So all in we have; a Leaf (miscut), Naslund error card, and 5 cards for the base set I didn't have, so I would call that a success.