Before we get to the pack mentioned, first a quick trade. I did a trade and got rid of two football cards for 4 Maple Leafs - a good side use of the Santa Lot 20. Here are the quick pick ups I got in the trade with dsorek over at tradingcarddb.com: 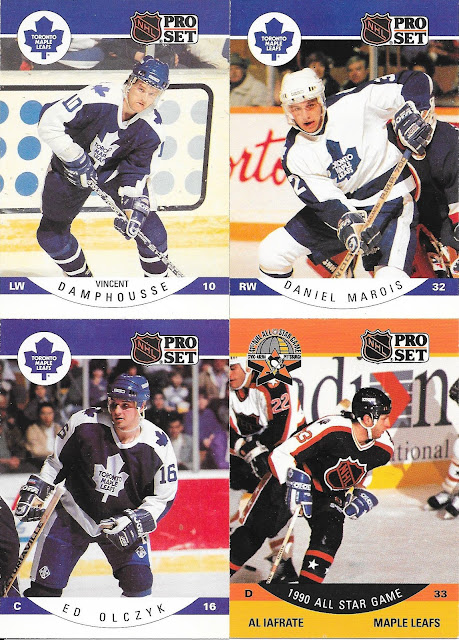 Common cards that should be an easy pick up I guess, but any football card I can turn to a Leaf or Jay - I'll do it! The question these cards did raise - are there any other players in the set that have names so long, they have to change the design and put it on the card like Vincent's?

To open today we have... 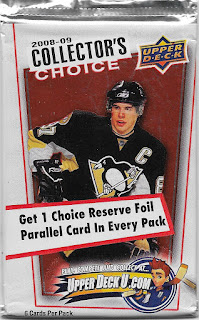 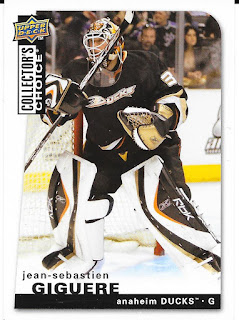 This is right after three consecutive 30 win seasons during which he won more than 2/3rds of the games he played. 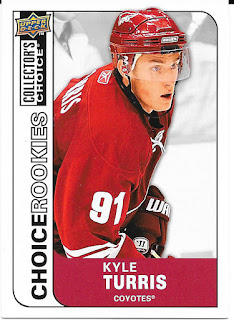 The current Senator broke in with the Yotes as seen here... 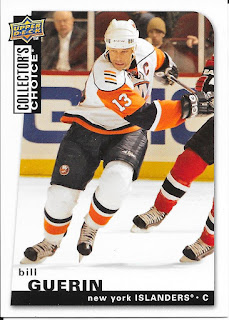 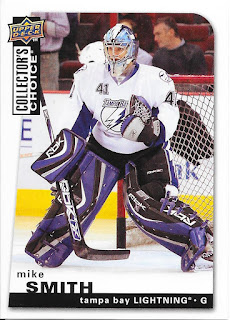 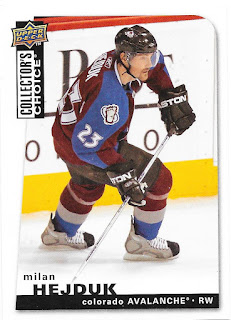 Hejduk - the career Avalanche player - always nice to see the longevity in one city.

Lastly (the guaranteed parallel in each pack): 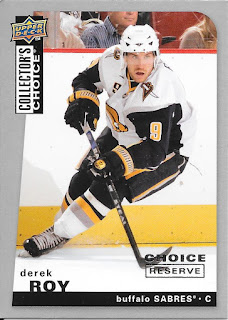 They can't all be winners.