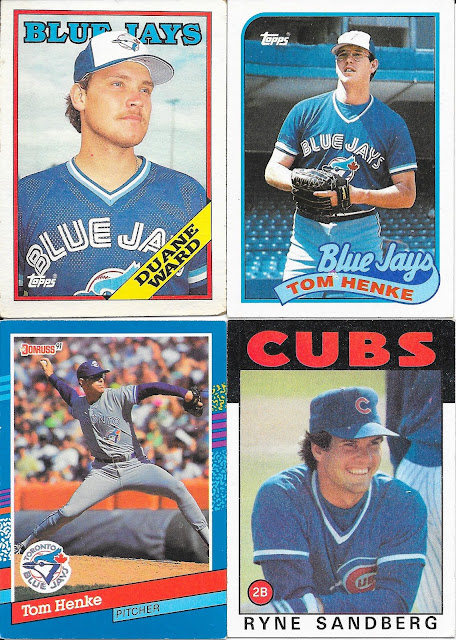 So the Jays are obvious, the question - why Ryne? Two reasons really (okay, mostly one) which is - because it is an uncorrected error card. That said, if I ever have a player that I actually do a specific player collection for, he would be the first. I don't even really know why I latched on to him given he was never a Jay, never flashy, just great at his position, but for whatever reason, he would be number one. 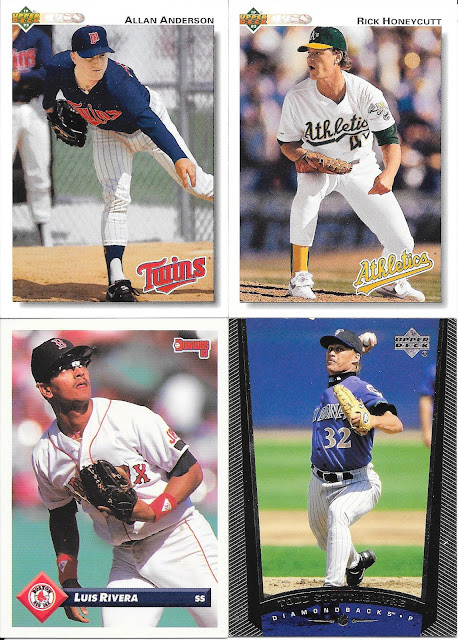 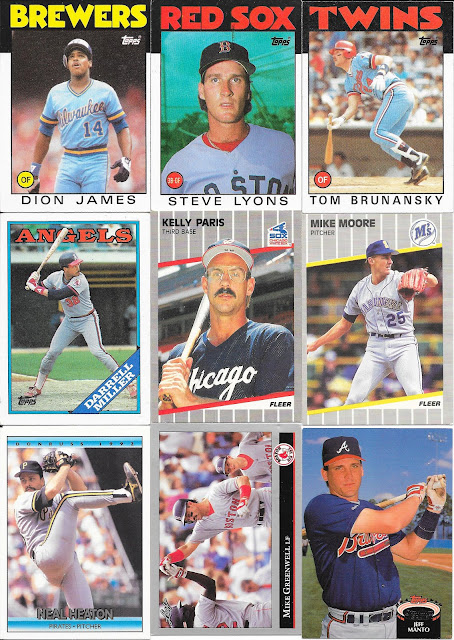 Steve Lyons - always to be remembered for forgetting he was in the middle of a game when trying to get the dust out of his pants when sliding into first base. If you haven't seen it, look it up on YouTube - classic baseball silliness. Otherwise, a shame that the 1999 Carpenter is not a Jay card as it was after his leaving, but that said - I do like that the design was kept consistent between sports for the year as hockey and baseball were for the 1999 year. 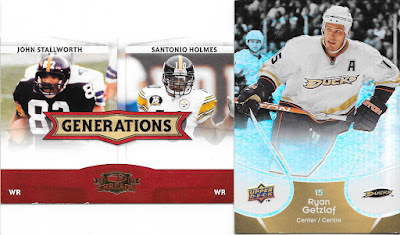 Great Leaf cards (my third checklist from the McDonald's set, and second Mats so I have on for a complete set hopefully and one for the Leaf binder. I also put in the other inserts, well, a couple. Getzlaf because as a hockey insert, I collect and keep it, and the Generations card because this is the first I have seen from this insert set. I like it, haven't checked if there is an auto version which is why I suspect there is the white spacing under the pictures, but just an educated guess. 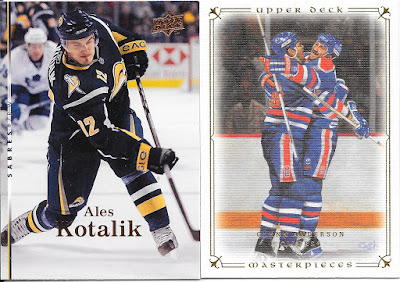 Additions to the Masterpieces set and Legends Classics are awesome. Love the Gillis picture as you can see the satisfaction in reaching the goal of winning the cup in his face - even with the dated hairstyle. 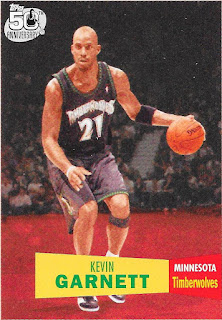 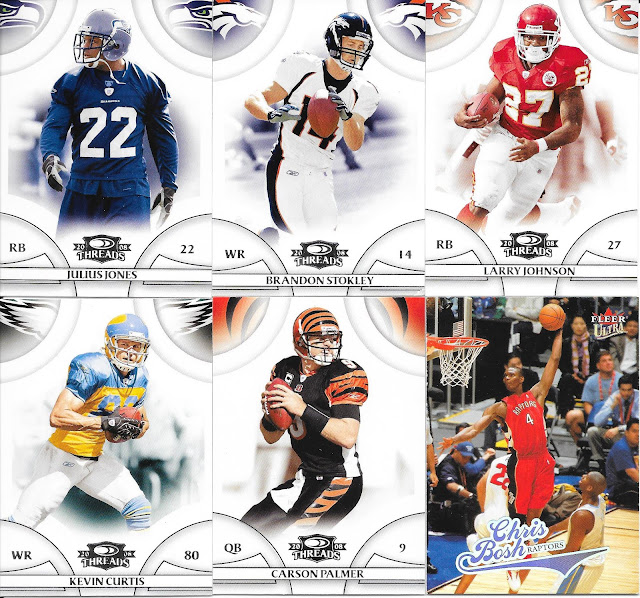 As far as good pictures go, the Bosh card is a nice one - good action shot.