Holy gee, Willie McGee and an on card autograph

Todays quick Listia pick up is one I debated. The card has an on card autograph which was an "in person" get. Obviously these types of cards and autographs can be fakes. I wasn't sure about it, and the person noted they include a certificate of authenticity (which I didn't put much faith in), but for the price, which was fairly low (probably based on these facts), I figured why not. So I picked up... 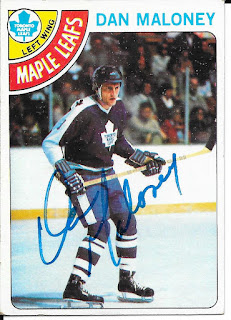 This is a 1978-79 Topps card which I didn't have anyway, so there was that. I did some research looking up who was selling the card and it looked like a legit small business type guy. Having the card (and the certificate of authenticity which he did up himself) in hand, I don't think it is a fake, but would never sell it as 100% legit, just in case. A nice card for the collection anyway.

Solid baseball players with long careers, solid careers, that just don't make it to the Hall - a long long list to be sure. Willie McGee is definitely one of those players. He would never be quite good enough for the hall, 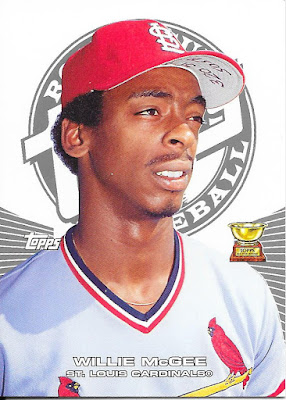 Austin returns again....and already had both cards...and another In The Game card - though I put it here just to joint the Austin cards....it is at least a different team logo.... 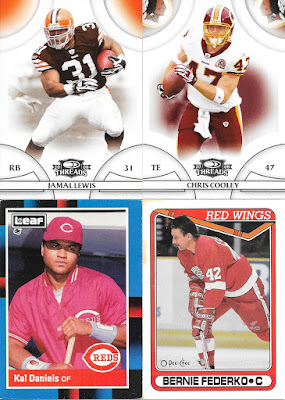 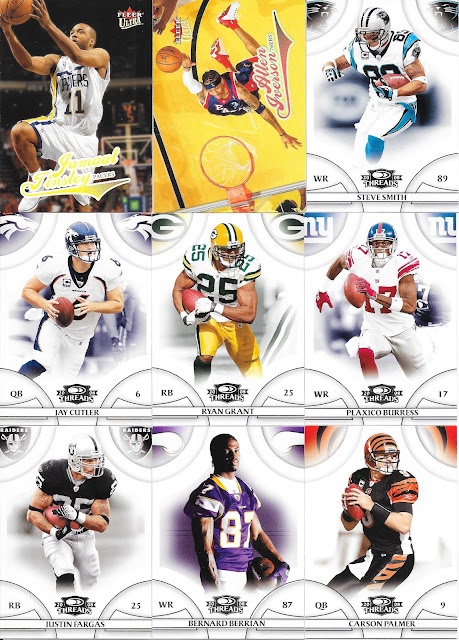 I don't have many 1988 Leaf cards, but happen to have Kal's card. As for the 2008 Donruss Threads - these are all ones I don't have - of them, I do like the Bernard card for being the little bit different and not being an action shot like the rest.