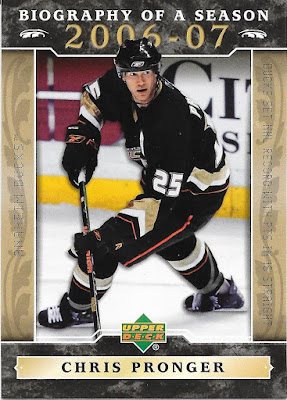 I don't know why I like these cards so much, but I do. The front frames the photo nicely, the back describes something that was (supposedly) very significant for the league during the season. I believe this is the first insert of these sets to come out of the Santa Lot which is also a big plus. I only have a few from a couple different years, so not actively looking for these insert sets yet, but I can set that happening somewhere down the road. 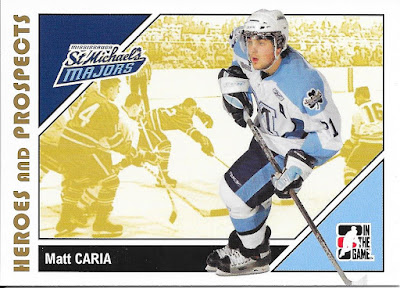 I now have what appears to be 50% of all Matt Caria hockey cards because according to TCDB, there are two cards made for him, and this here is one of them. This is why, in a nutshell, I don't particularly like the prospect heavy In The Game sets - especially the prospect part of this Heroes and Prospects series - too many "never made it"guys, but I guess that is par for the course where the companies try and get future stars in these sets - they end up with numerous future duds. 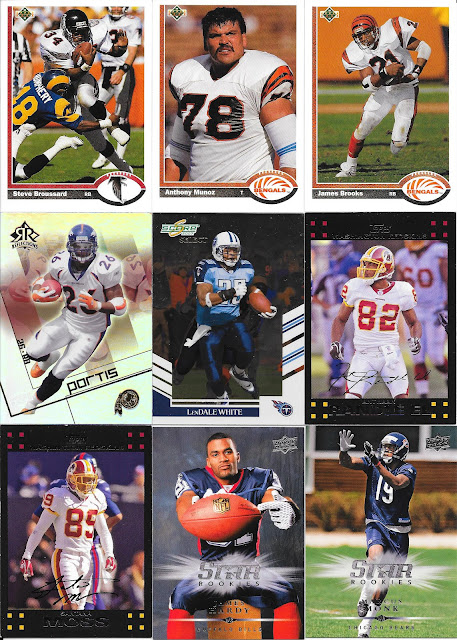 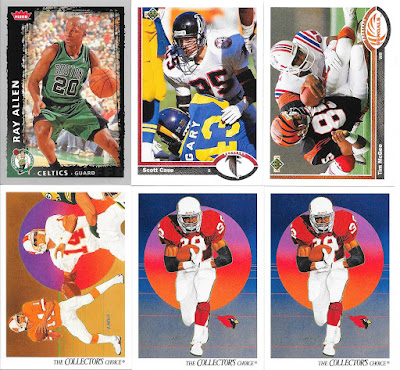 I like Ray Allen from what bit I have seen of him in interviews, and of course was great on the course as well. Nice atleast that this was a new to me card anyway.

Also, interesting that for the 2008 Upper Deck football cards, it seems that most of what has come out of the Santa Lot are mostly future star cards - same problem here as with the prospects as noted above.