Cards I am trading away seem more interesting

Some times the "good for me" cards aren't nearly as interesting as the stuff I will look to move. Today is one of those days I think. 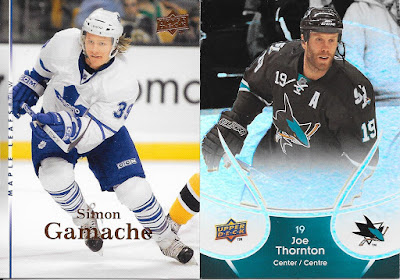 Not a new Leaf (the third for the collection), but still works for me! Tack on a new McDonald card add for 2009-2010, and of Joe Thornton with the minimal beard, works for me. 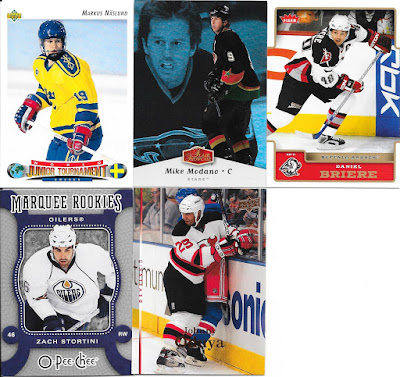 Markus Naslund rookie card - not bad...Nice Modano, though would be better is it was the Flair insert set the following year instead... 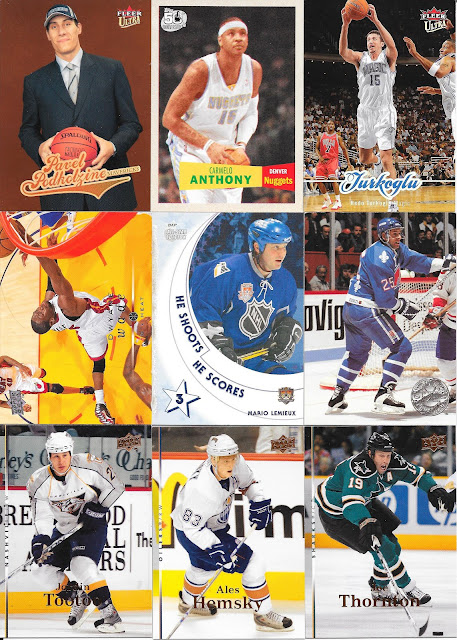 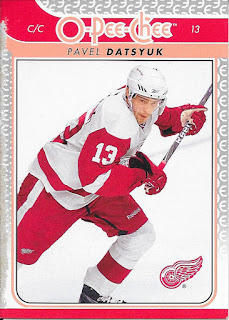 The Carmelo Anthony brings completion of the 2007-08 retro insert set to 60% completion - 3 out of 50. This would be a great accomplishment, if I can get it there. A new redemption points card, which unfortunately, was next to some 1991 Upper Deck football so there was some damage down the side. Worse is the Datsyuk that suffered the same fate, so that card will go to my son.