We need to see more of these

I have mentioned before that this lot of cards was supposed to be more baseball than there has been.  It's only about 5% of what has been pulled when the lot was sold as being mostly hockey and baseball (it has really been mostly hockey and football). I gather it was described based on a quick look - which has worked out okay all around I guess. 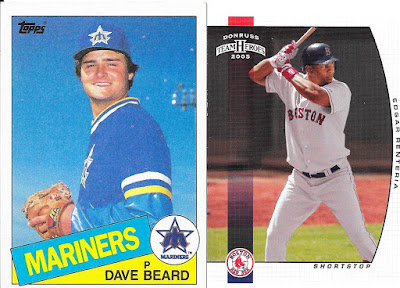 So, it would be nice to have seen more of these to date - decent and varied baseball cards. As much as I like the 1985 Topps design, I really don't like the old Seattle Mariners logo - much preferred the 90s update to it. As for the 2005 Donruss Team Heroes - I have complained about the card quality on the couple we have seen - this is the first in great condition and not splitting. 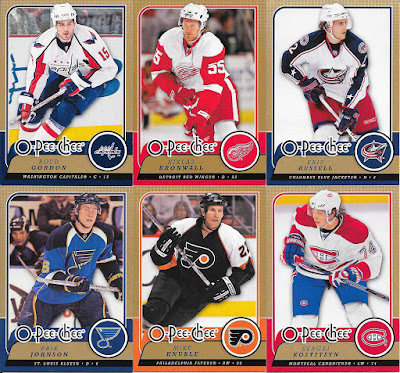 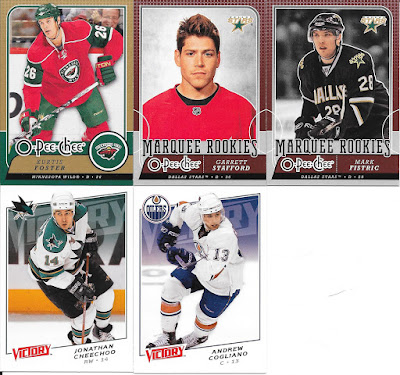 I think I had a couple of these 2008-09 O Pee Chee cards before, but was able to trade them away (in exchange Toronto team cards for my collection - so worked out great). That said, if I keep getting them in piles like this, I might still end up well on the way to a set completion on this one!

It has been quite a while too since being able to say I was going to keep most of the cards on any given day of Santa Lot 0 pulls. 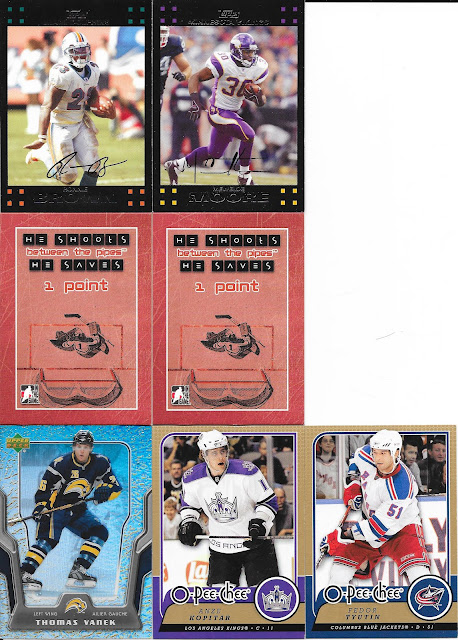 The great new - I new have 27 Points from these specific point cards...only 223 more until I get the 250 needed to redeem them. Then all I need is the time machine to go back and get them in before the December 31, 2007 deadline!