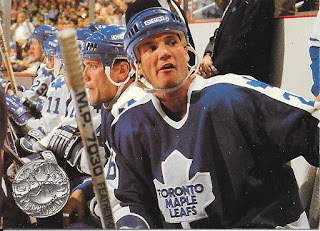 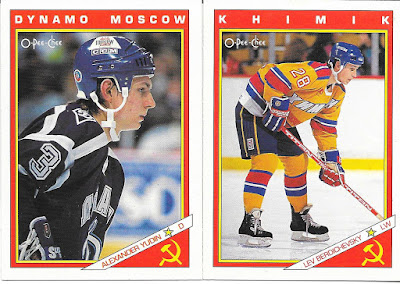 Mike Krushelnyski definitely doesn't look happy in this pic. Does make me wonder what the issue was or i it was just an ill timed photo. Tack in a couple more cards for the Russian and Shark insert set (always a good add - atleast until I get the set done). 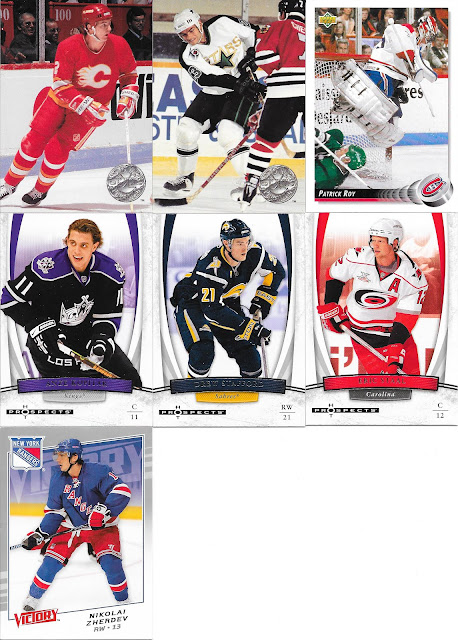 So on one hand, I personally dislike Patrick Roy (again, just bias based on being a Leaf fan and his longstanding place as goalie for Montreal) but this photo is just amazing. Would make an interesting collection - photos of airborne players.

I don't mind the 2007 Hot Prospects Fleer set, and don't have too many, so seeing more of these wouldn't be a bad thing. 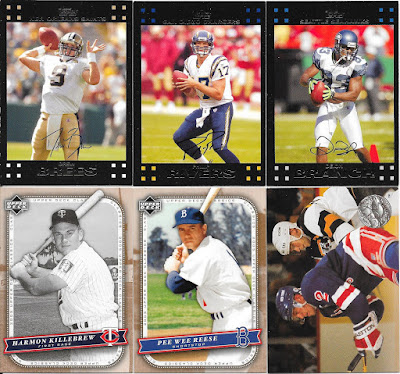 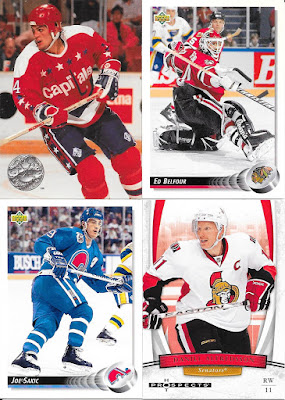 Speaking of great photos, also from the same set, that is a great Belfour shot. Sakic's card isn't half bad either, but the goalie shots work better I think, with the design.