Last weekend we started out look at the massive package I received from Greg, and this weekend we will finish it. The cards today at quick glance are mostly late 90s which is awesome as this is a nice hole in my collection that can start really getting filled in. 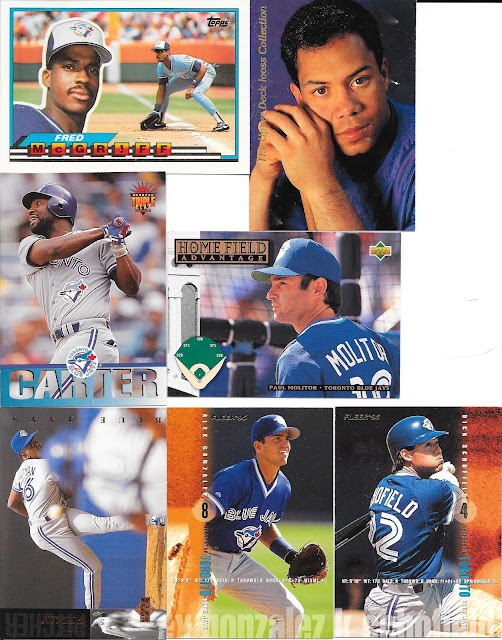 I had never heard of the Iooss Collection, and here we have a Studio-esque Alomar pose. Then you have some Upper Deck (alright) and then 95 Fleer...which...yikes....is not that pretty, and a bit all over. 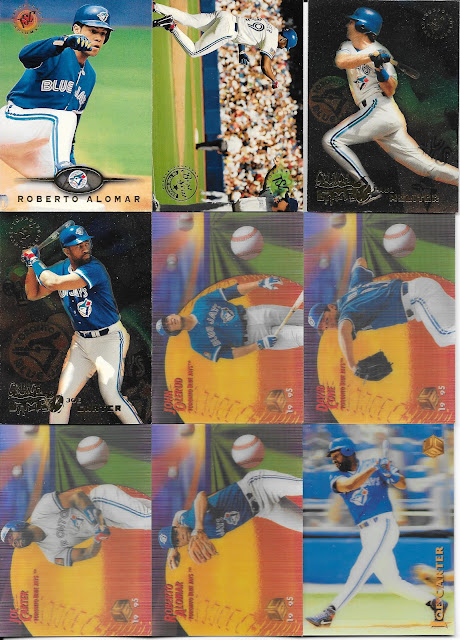 In hand, I really like the Stadium Club crunch time cards, though they do not scan well because of the metallic look. As for the Sportflix - not surprising they are massively curved...which is natural...and which will likely be lost a bit when I page them. I do not mind the effect per se, but works better on the look of the last Joe Carter card. 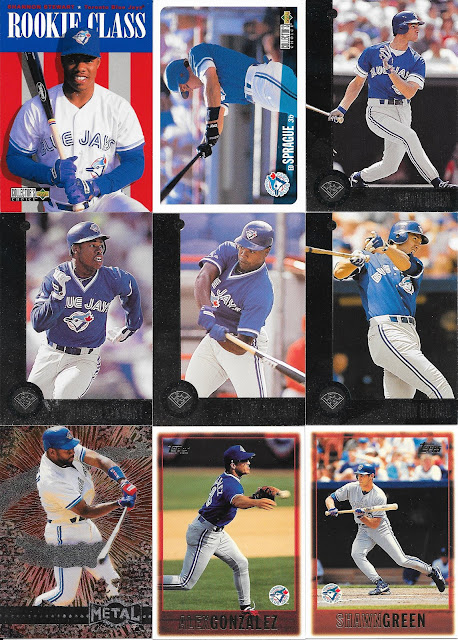 I was going to first comment on the 96 Leaf and poor scanning quality for the border, but I am more surprised at how nicely the Metal Joe Carter does. We then get into some late 90s Topps base cards. I feel Topps kind of lost there was on the 1998 - 2002 designs in that they just seem out of sorts in comparison to pre and post this period. 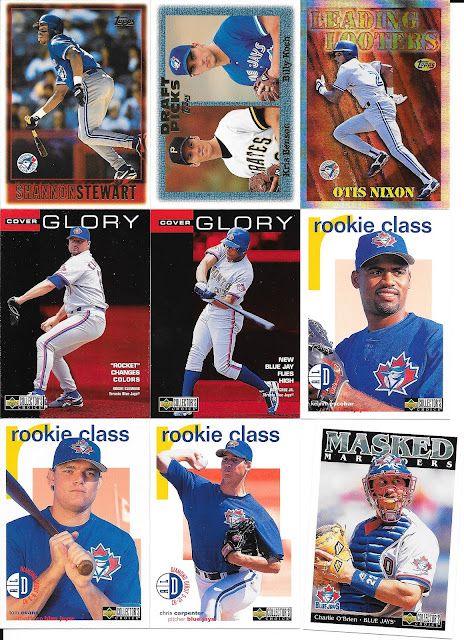 OK - I tried scanning this page 4 times, and this is the best I could get. Charlie just did not want to stay in line...fine...so be it. That said, I never liked Otis Nixon - he was an Atlanta Brave star when the Jays were playing in the World Series and I hated the fact he came to the Jays afterwards. I felt somewhat similar with Roger Clemens, but got over that....until the steroids stuff well afterwards. 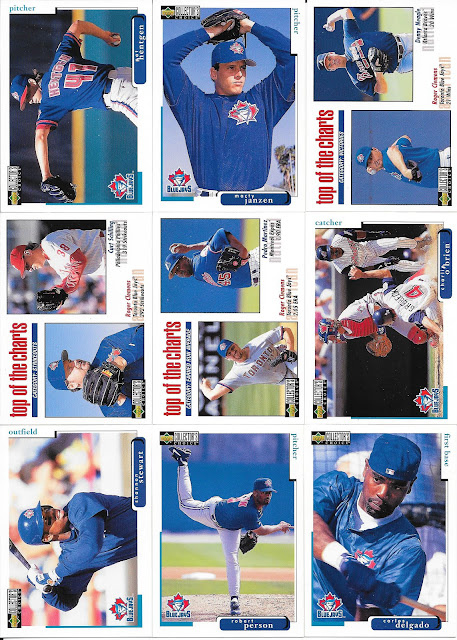 At the time, I like the Collector Choice set design better than the main Upper Deck set.Even some of the nice and slightly different poses like Delgado above, and even the top of the chart subset is alright. 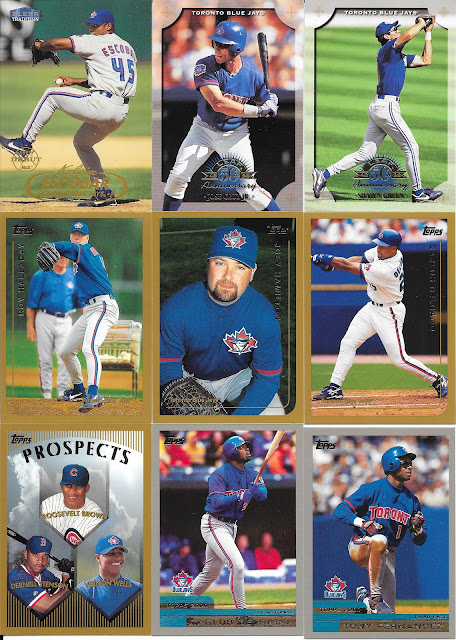 So, given how Topps as of late has been doing a gold parallel, I find it hard not to look at the base set her from 1999 Topps and not think of the cards as parallels. I guess 2000 Topps would be a silver parallel then... With the last group of cards here, we reach up to the 2005 cards we saw last week. Plenty of sets I never had in hand previously. I like the 2004 Donruss, and 2005 Donruss too for that matter, but Vintage was really nice too. To me, it is in these early 00s that Upper Deck and Topps started turning things around on design...though that may be hard not to, when they started putting out so many different sets.

Yeah - so many goodies today, and awesome still that there is one more days worth of cards from Greg to go!
Posted by CrazieJoe at 8:00 AM