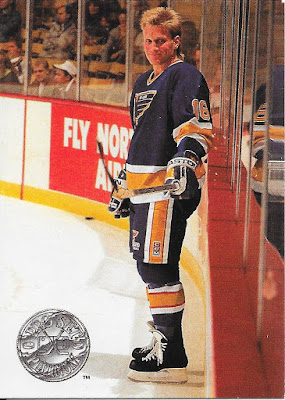 The more I see of 1991-92 Pro Set Platinum, the more I am enjoying this junk era set. This card is from the Collectibles insert set.Another decent photo shot from the set, a bit out of the norm as far as card photos go, and being Brett Hull in his blue Blues uni - a great subject to begin with. The card highlights being Pro Set player of the month for Feb with 17 goals in 13 games including a 5 point affair. 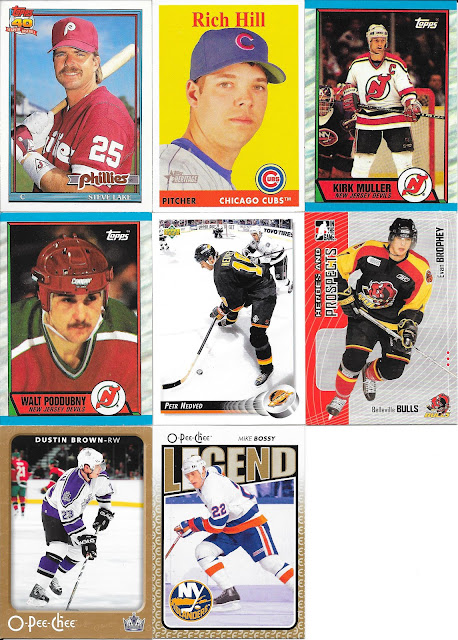 Great variety on these cards - best to me is the Bossy Legends card, but also enjoy getting the couple 1989-90 Topps cards as we haven't seen many of these either. 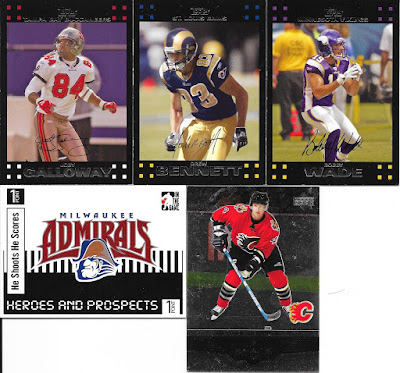 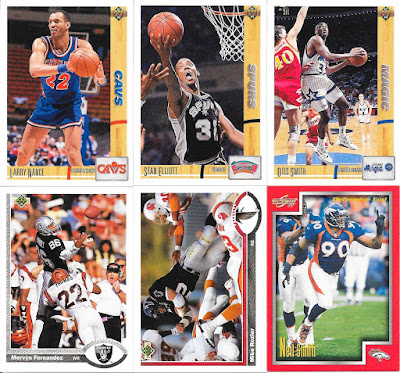 Awesome to see a late 90s football card - 1999 Score - since there have been generally few late 90s cards of anything much from the Santa Lot. That being said, wow that is a red border. At first I thought it may be team related, but that didn't make any sense with the team. On inputting it, it is based on the card number, different colours for sections of the base set. I think it would have been better if team specific.

Also of note - the Armirals point card is another new one as that interesting "set" continues to grow.