A whole lot of not keeping today, but one good add to the collection. 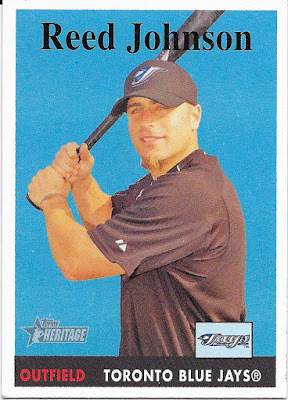 I'll keep my fingers crossed that I can complete a number of the 2007 Topps Heritage Jays. I'm not going to complete the set from the cards in the Santa Lot, but more than half the Jays even, would be great.

Reed had some alright seasons in Toronto, generally the best years of his career, though he went on to time with Chicago, Atlanta, Miami, LA, Washington. 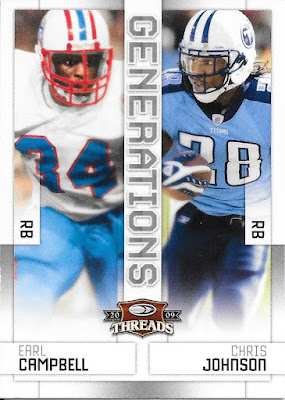 Also nice to see this. It is the first Generations insert card from the 2009 Donruss Threads set. Again, appreciate whenever the history of a sport can be brought into the cards, and by way of a comparative insert is a great method to me. Especially when the back basically says that Johnson had a great rookie season in recent memory, but still doesn't hold a candle to what Campbell accomplished. Actually, they should have put it like that...heh. 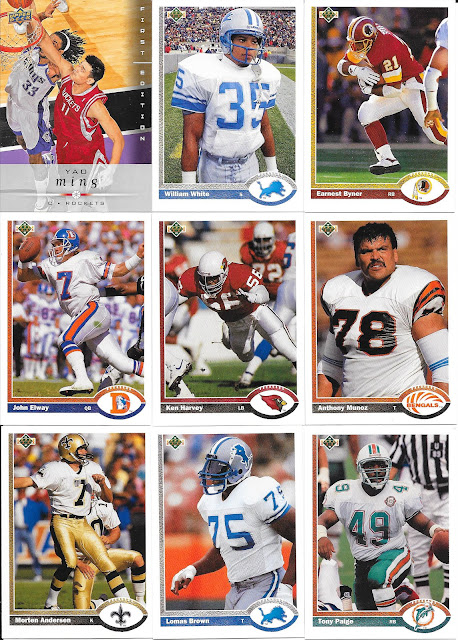 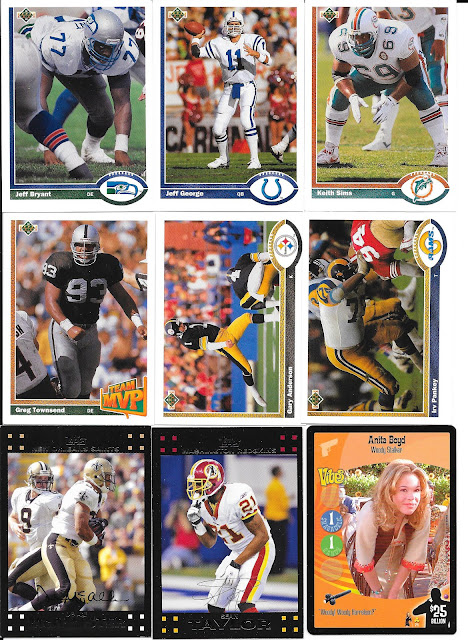 Oh Yao Ming - such a tall centre and talented...is it wrong that one of the things I still remember most, and see on blooper shows etc, is his missed high five during his reaction to being drafted? I guess he had a decent enough career that should overshadow such a small thing...