Searching in the Bush

One of those days, I can't really find a specific highlight from the 20 cards out of the Santa Lot. I mean, no cards I plan on keeping, no specific inserts or otherwise interesting cards per se - just base cards from a few sets we have seen fairly regularly. So, in the interest of being a bit different - let's just take a look at the bunch as is.

2003-05 Ultra basketball - the good of these is at least the Barbosa is new to be and narrows by one the remaining outstanding cards for this set that I wouldn't be keeping. 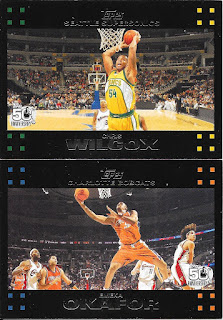 2007-08 Topps basketball - well, at least these make a horizontal card look as good as it can...not ideal, but fair. 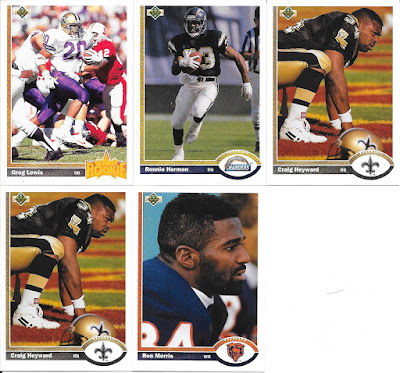 1991 Upper Deck football - I feel I have seen enough of these card to last me. I get it was an overproduced set in an overproduced time of football cards. Generally, I have no ill will to the se - clean basic design which provides all you would want in a card (I think), but just seeing too much of it. 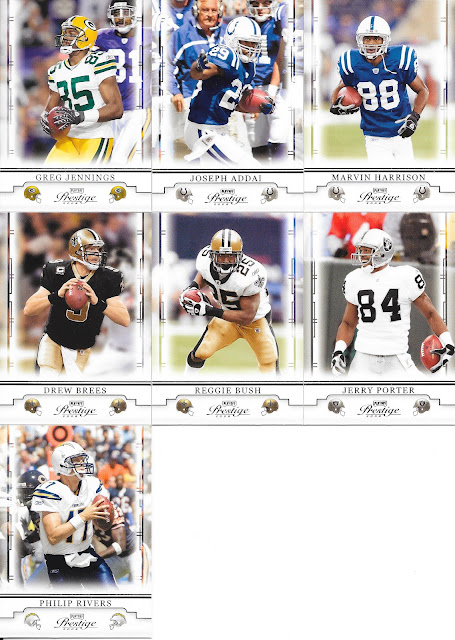 2008 Playoff Prestige football - this is the closest thing to a highlight with the cards just because most of these were new to me, and with the bit of star power, Bush and Brees for example, makes these cards worthwhile.Too bad more early 90s cards were better card stock like this instead of the flimsy stuff used on the 1991 Upper Deck football.

Fingers crossed for a better tomorrow!