So today we start weekend one (next weekend will be weekend two...go figure) of sharing a big trade I had with GCA (Greg) who keeps tabs ever so kindly on my blog. We have done some trades in the past, and he was looking for a jump start on 1991 Upper Deck football which resulted in a good 500ish cards being sent to him, and me getting a bunch back.

Today I am going to highlight some (not all) of the cards which helped on three sets I am working on. Yes, junk wax era sets which I have not completed, but which are now closer - for one, a LOT closer than they were before this trade.

First up, 1990 Donruss! Greg knocked off about 50 cards from my wants and leaves me about a dozen and a half cards off completion of the base set - woo hoo! I have subsequently added these to the most wanted list as I think this would be easy to finish off now since the red monsters are out there is abundance, and for many I think, unwanted. 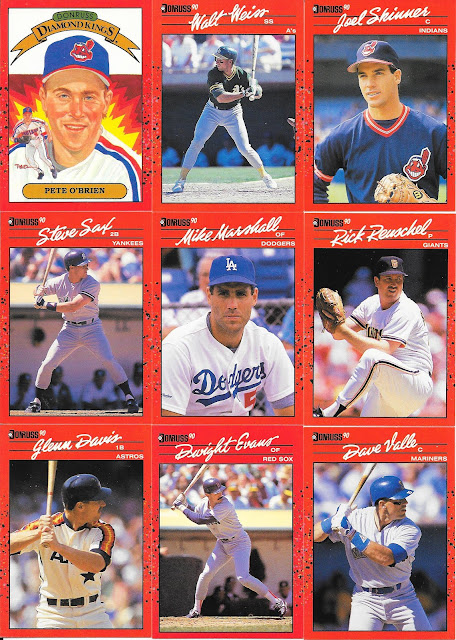 I, as a number of people do, always enjoyed the Donruss Diamond King cards, even when these were just the start of the base sets. Also enjoy Steve Sex. Best. Simpsons. Ever. 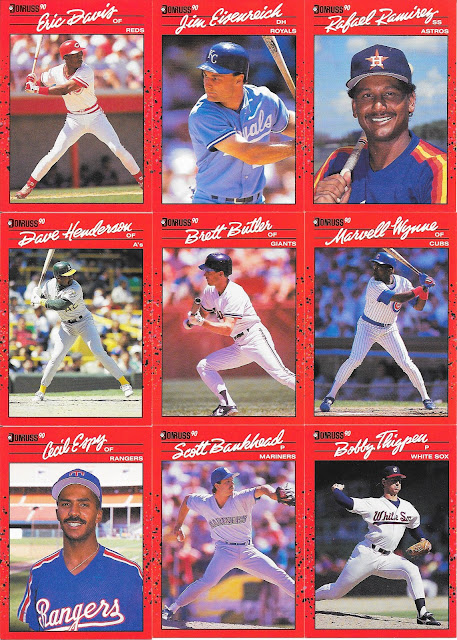 Plenty of base cards, and many non-stars, but some decent names as well. Of these, I like the classic Thigpen closer pose. I do not remember the term closer back in the day watching nearly as prevalent as it is today. 1990 was when Thigpen amassed 57 saves and made an All-Star appearance. 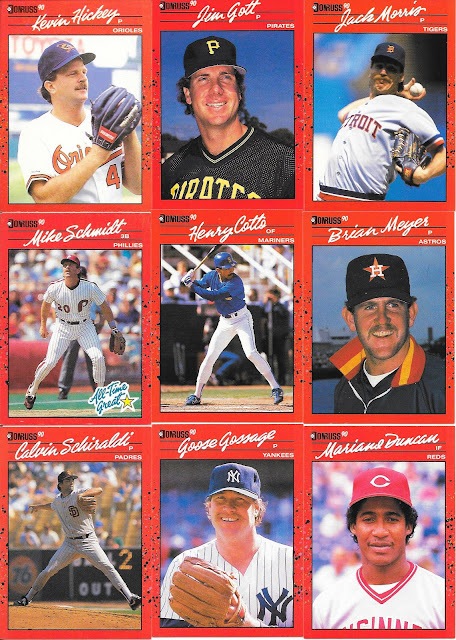 Not sure why this ended up being a one base card thing instead of an insert set, but I like the subtlety of the Schmidt card. 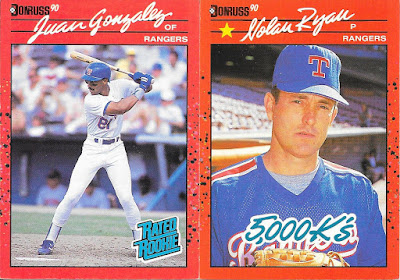 I have to double check on the cards, I think there are a couple error cards which are currently part of the almost complete set, but these two and error cards for the binder.

An excellent start, but one other set touched with a couple cards....1989 Topps! 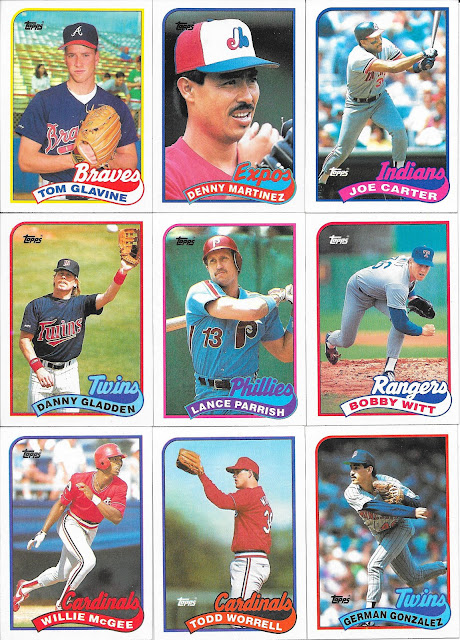 Love the top row of cards here - solid ace pitchers are pre-Jay Joe. Most of these were needs and mark another set which is down to a dozen or less cards. 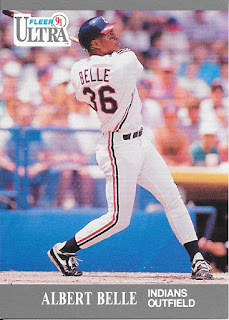 Just the one add, but given there are only a few missing for me, thatès still alright to me!

To think this is just the start...next will be plenty of Jays followed but....likely a lot more Jays...check in tomorrow!
Posted by CrazieJoe at 8:00 AM