Something new and also blue

Before we get to today's 20, made a visit to the local Value Village and found a few things that I picked up. It has been a long time since they had this much card stuff. I passed on a couple junk wax sets (one hockey and one baseball because I already have partial of each, and price after tax was about $15 each which was not worth it, but I was able to pick up each of the following for $3 each. Would have been 20% cheaper if I remembered the coupon in my pocket, but misbehaving kids can ensure any well laid plan goes awry. 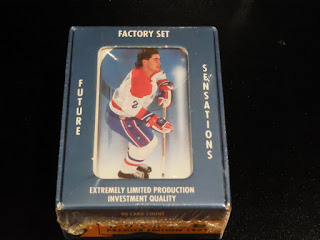 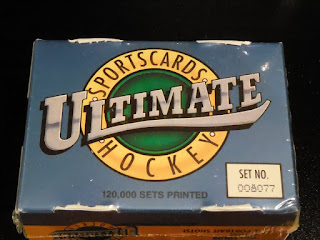 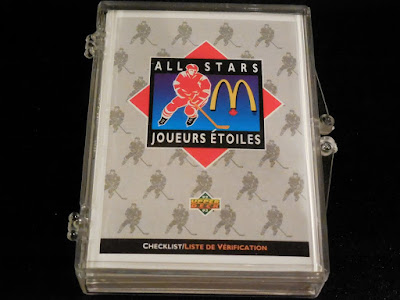 1992-93 McDonalds All Stars - full set of 28 cards and in great condition (and in clear case to boot). Makes for a quick full set completion. Again, for $3 can't go wrong. 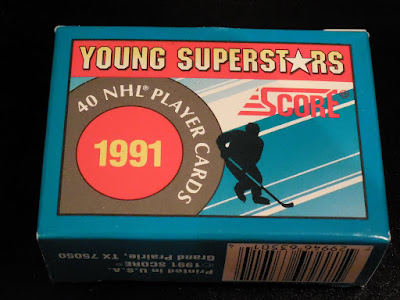 I think this was the best pick up of the 3 - not sealed (not sure if they were originally anyway), but all cards are there and included, and in excellent condition - always have to question quality when getting them from Value Village, but worked out right in this situation.

I also picked up a number of "grab bags" most of which will be 1990-91 Pro Set hocket set help, but will get to those somewhere down the road when I want something fun to open. 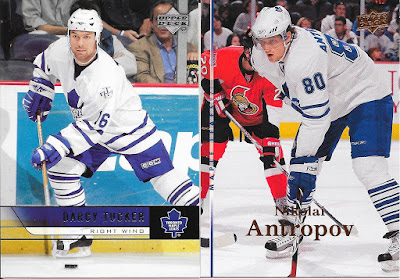 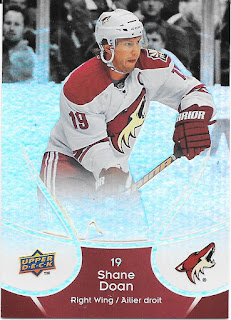 As much as I've picked up a few cards of Darcy Tucker's Toronto playing days, the 2006-07 Upper Deck card is a new one for me and adds to my liking how many cards have been coming up from the set recently. Ass in an Antropov and a new 2009-10 McDonalds Shane Doan and I'm a happy camper today. 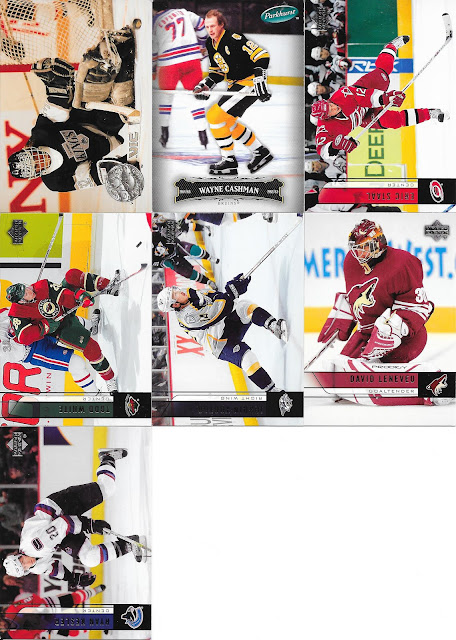 Another great photo with Kelly Hrudey card from 1991-92 Pro Set Platinum. As I alluded to up to, also continued to get some 2006-07 Upper Deck cards as well. 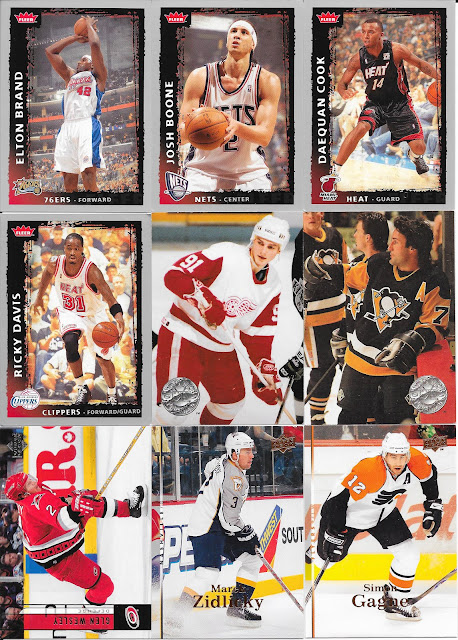 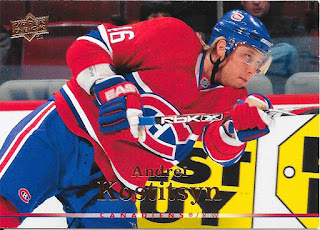 Awesome reminders of Stezie Y's younger days...unneeded 2007-08 Upper Deck, and some 2008-09 Fleer basketball cards which at least are not repeats, but not anything I will be keeping.