I have to say, I am a bit surprised how well the Preds have played in the finals against Pittsburgh so far. My second team behind the Leafs is Pittsburgh, and I am hoping that they can turn it around, but the last couple games have been a bit surprising. It is a matter of whether they can turn it on or not, and the Preds have been surprising good on whole this playoff run. Tied 2-2 and now down to a best of three, should be exciting games at least, if nothing else. I would have preferred 4-0 Pens, but that's just me. 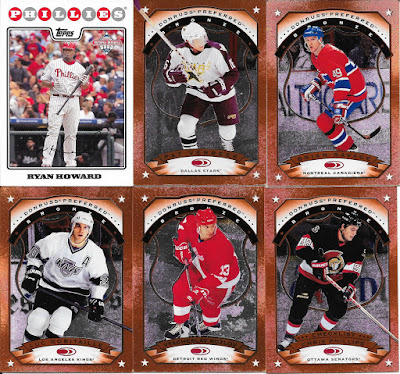 I enjoy the 1997-98 Donruss Preferred base set in general. I think it may have been a better idea to have the bronze, silver and gold cards by number order and rejigged in that manner, but a small complaint. I like it better than the black diamond idea, though it may have been even better to do the base set in full bronze, and maybe do silver and gold as serial numbered parallels. Just ideas, but again, like the base as is...

Also, second card of the 2008 National Baseball Card Day small set, so maybe an outside shot of getting that set (would be a nice little set to complete).

A pre-Leaf Lupul and Doug Weight - both sets I enjoy mocing forward with (yay). 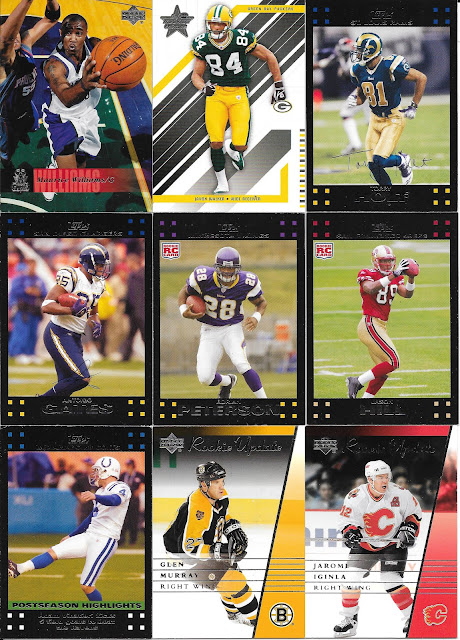 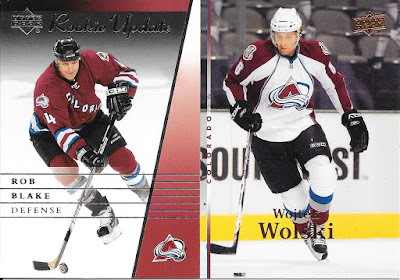 A number of new 2007 Topps football rookie cards, a number of holes filled in there, but I like the basketball card more for being a new set coming out of the Santa Lot.