Stu-ing a but over the lack of goodies today, but I'll  get over it... 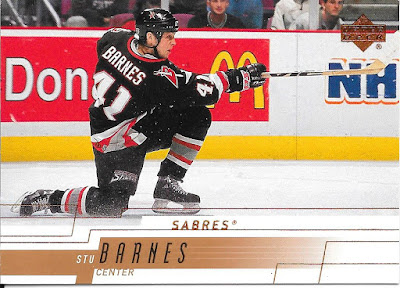 Had to stretch a bit to find something positive, so had to focus on a card that was from a set we have only seen a couple of cards from. Stu Barnes floated around and played for a number of teams through his career. I don't mind the design of the card, but it is not one of my favourites - kind of indifferent. 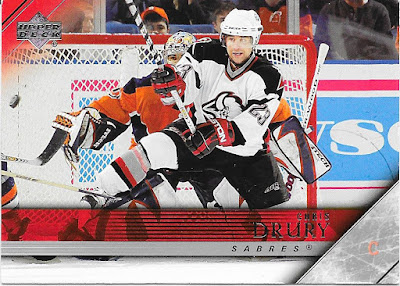 Only other keep is another Sabre card...not the only two in this group either. 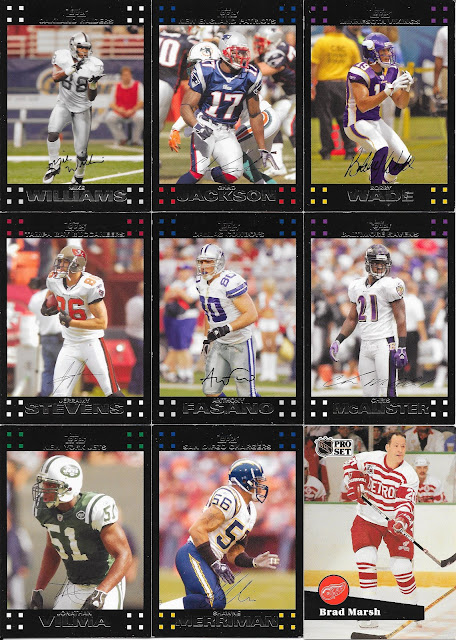 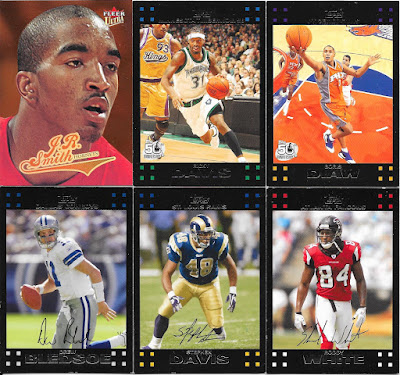 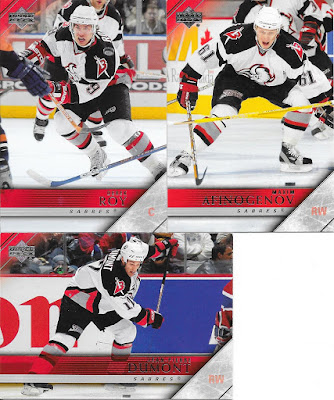 Cowboy heavy on the football cards today, including a  Bledsoe, so at least some quality players. As for the hockey dupes, definitely Sabre heavy. Best part of these would be the J.R. Smith rookie card which was new for the 2004-05 Ultra set.

Might not quite be in the home stretch with the Santa Lot - maybe 6 months left...best guess...but I'd think there may be some positives for trade bait in near complete sets, or at least I'm hoping even complete sets.