I recently completed another TCDB trade, this one with corozco. It was a nice quick trade and included a few different items... 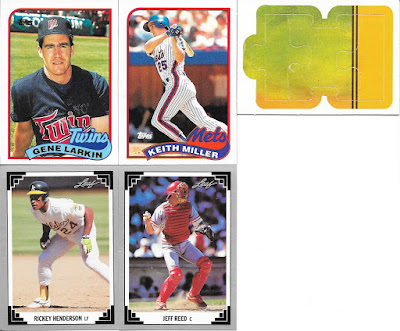 These filled a couple needs for helping to complete sets - 1989 Topps, 1991 Leaf, and the 1991 Willie Stargell puzzle. I am missing one or two other pieces for what would be a third completed puzzle - I just figured it was easier to finish than not. Glad to get Rickey as I think he was the biggest star left of what I still needed. 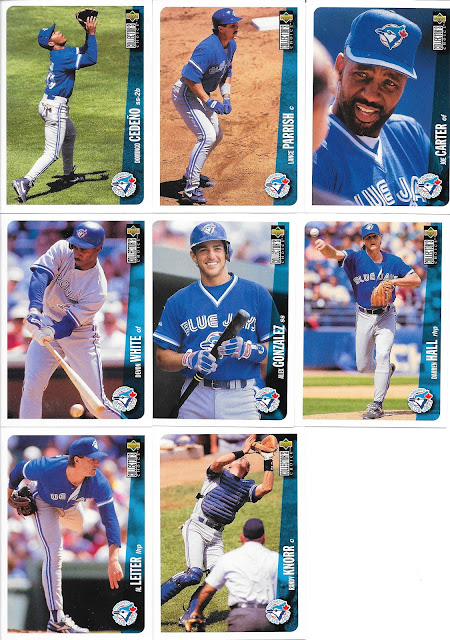 The rest of the cards are 1996 Upper Deck Collector's Choice Blue Jays. Overall, typical looking 90s Upper Deck cards - though I am not a big fan of the vertical names on the front, I find them too hard to read. Good photos though when looking at Joe Carter and Alex Gonzalez - even if they aren't action shots, still quite nice ones.

Thank for the quick trade corozco!

Everyone has probably had the experience - you open a new pack of cards and you get a number of cards of players from the same team. I find that typically, that team isn't one that I am collecting or that I care to get in spades, but sometimes you luck out. Today - is not one of those lucky days for me.

Back when the Tampa Bay Lightning entered the NHL as an expansion team, I didn't think too much of it - it made sense to expand the league, and being in Canada, I understood that everyone, everywhere enjoyed the game (I was young at the time and the fact that the southern US was not already enjoying the league was not something I really thought about - everyone loved hockey, right?). So the expansion made sense.

As far as hockey cards go, it gave an excuse to have expansion teams focused on - be it the Sharks share of the O Pee Chee 1991-92 insert set, or I swear, the overprinting of base cards for players on expansion teams.

Welcome to an excess of lightning... 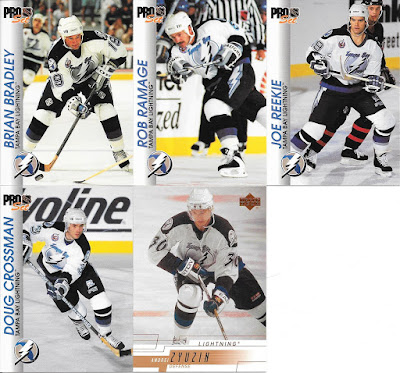 Well - they are lightning cards and ones I need...seems to be all I can call a high point of today. 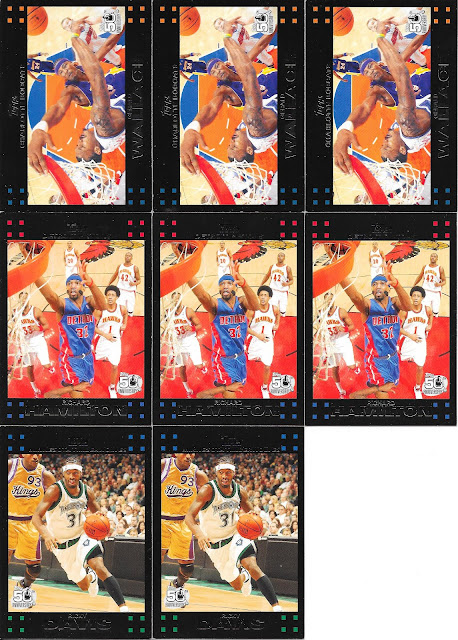 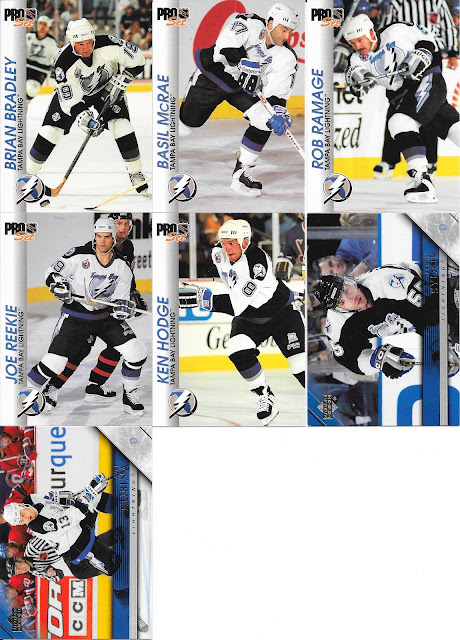 Some Topps basketball in dupes and trips, but otherwise, a lot more lightning...not my team or one that does much for me, but any Lightning fan out there who wants these, just let me know!