Yeah, so I was trying to think of a way to connect the two cards to highlight today and frankly, can't do it. Well, let's talk about each separately then. 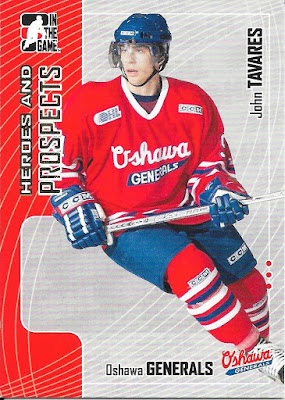 The would be a pre-rookie card, but a good one. I've talked about not really liking the heroes and prospect sets that just try their best to get a star or two to make the set worthwhile for collecting. This is definitely one of them given the strong career John Tavares has had to date.At the age of about 15 - very young and documents his first year with Oshawa where he was scoring more than two points a game. 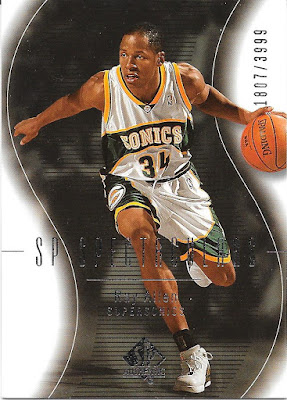 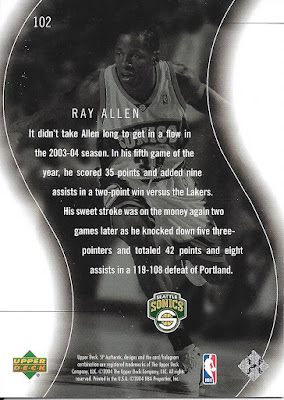 This isn't a keeper, but I like my serial numbered cards, and Ray Allen was an amazing player through most all his career. They may not be the lowest of serial numbers (which makes sense since they were supposed to be part of the base set), but I still find that it means something. 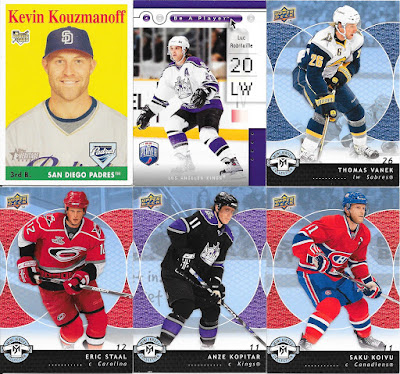 Happy to see a number of 2007 Upper Deck Mini Jersey set cards. I am not a big fan of the venn diagram design for the base cards, but I am a fan for cards from the year that are not from the flagship Upper Deck set as I've seen plenty of those. 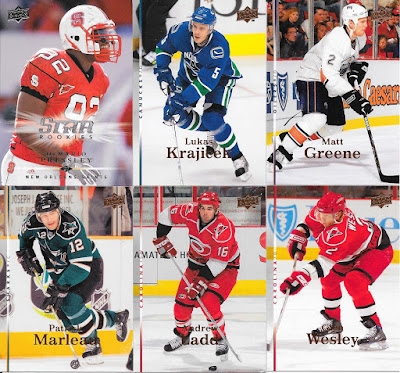 Speak of the devil...more unneeded 2007-08 Upper Deck cards...Like the simplicity, but nice pose in the Peyton card though.