So the title is pretty clear. I won a few Mats cards on Listia which I want to share...and which push Mats a bit further ahead as being the hockey guy I have the most cards of... 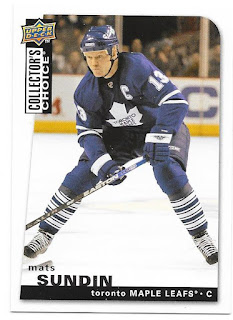 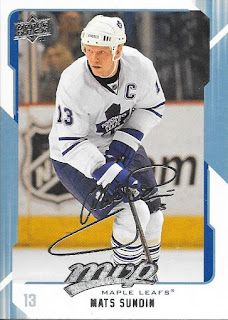 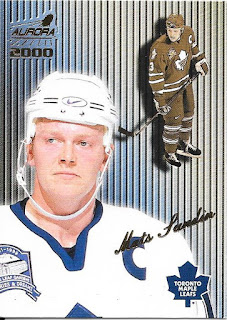 A bit further back, this is from 1999-2000 and is a bit different - a bit nauseating background on the front...I can't believe "Striped" here is a partial parallel set. Would anyone want to chase that set to completion? I have picked up a couple of these McDonalds cards from the Santa Lot, but nice to get Mats here for the collection...lastly... 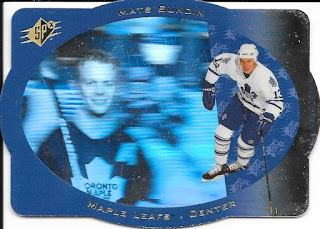 Scans not so great, but this 1996-97 SPx was what I really wanted. The holographic is of Mats winking, and nicely done. I swear I remember that being used way back on a TV broadcast - must be the same bit, but nice little card that I was extremely happy to pick up, the rest were just nice extras frankly.

As for the second part of the title, I was at Wal-mart and had an itch to open packs, and since this allowed me one to keep for the unopened pack collection as well - and was under $5 - this was a quick fix. The fact that there was a special Toronto Blue Jay card inside, well, who could say no to that.

So I picked this up (opened the package, then though this picture might be nice): 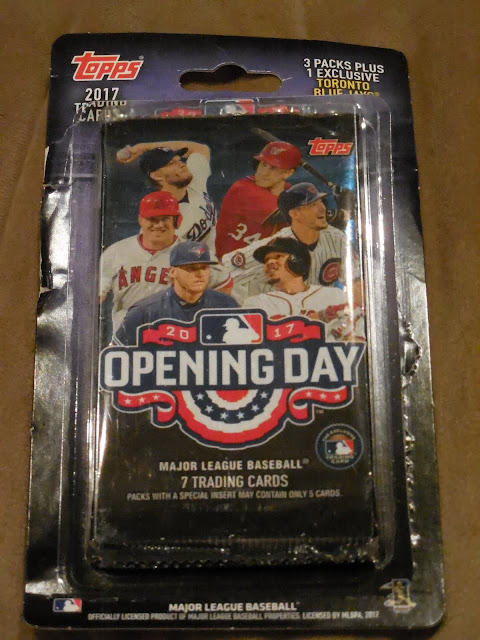 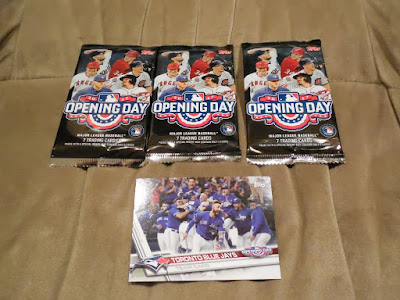 The Toronto Blue Jays card is the team card, except the number on the back is "TOR".May have been a card I wouldn't have added to my collection otherwise, so this works for me.

As always, I am behind the times, so these are much more new to me than they likely are to you. 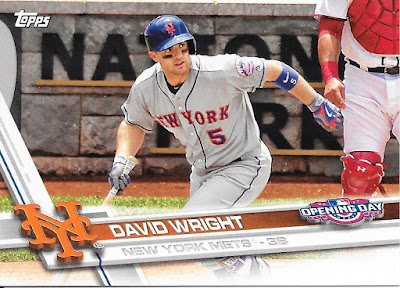 The obvious difference from the main set is the Opening Day logo, but otherwise about the same. I will say shots like this are on the better side of things as far as horizontal cards go. 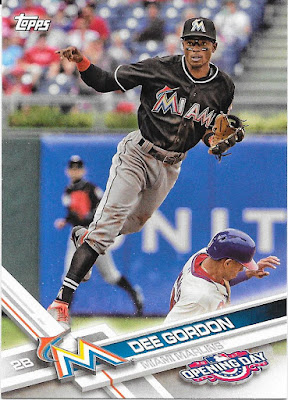 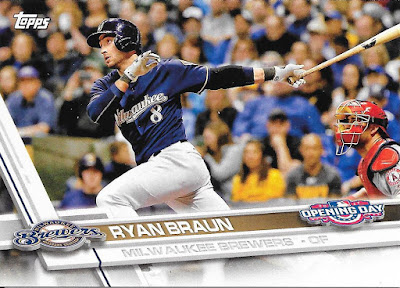 Here is some star power in the pack - post steroid issues, has still been able to produce decent numbers. 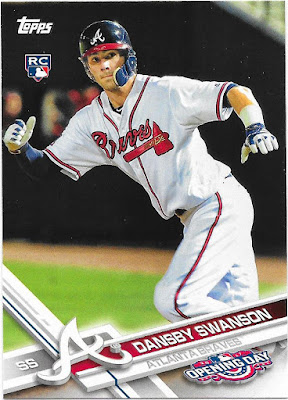 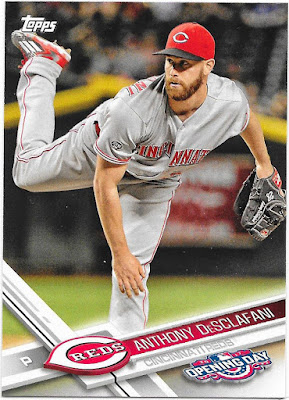 A couple more standard base cards and then... 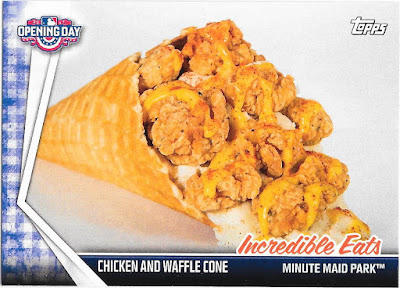 I find this insert set hilarious. Definitely something different, and I kinda enjoy it like a cheaply made horror flick - worth seeing once, but not sure I'd care to see again. 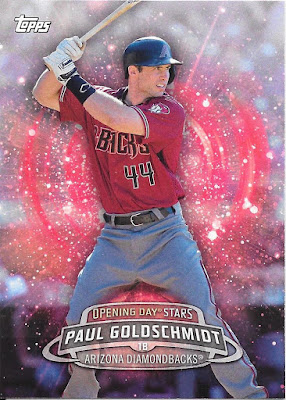 Lastly, some more star power by way of another insert. Decent insert design for the lower end opening day set.

Now will this be better than the second pack (hint...yes): 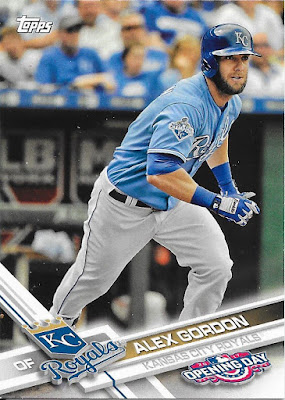 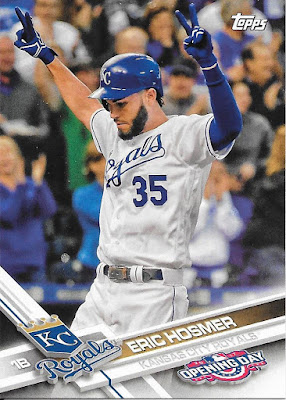 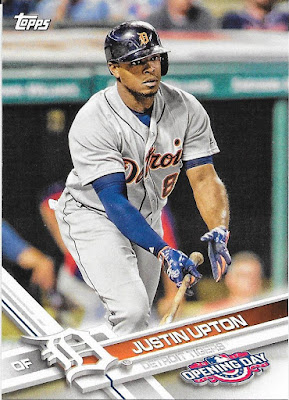 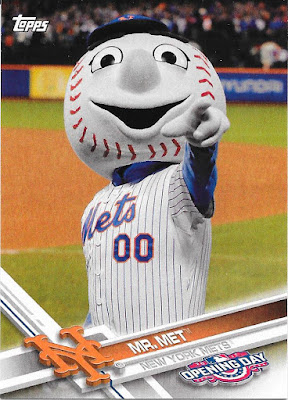 I really enjoy the mascot cards, so this insert set is fantastic. Glad to get one here. 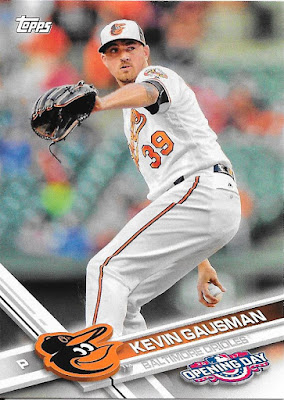 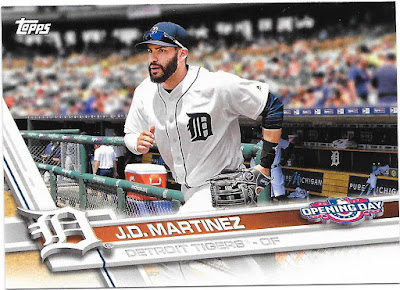 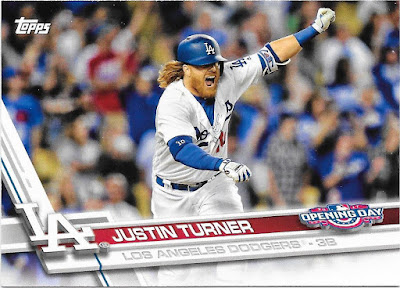 Overall, an OK pack, but not as exciting as the first. The Justin Turner photo is a great one with the emotional celebration look.

I generally like Opening Day and probably don't collect it as much as I should given the low price point, but also to that effect, does give some easy fodder for others to be able to give me by trde.
Posted by CrazieJoe at 8:00 AM