Some great moments from McDonalds and I finally have a Soul....

So, another pack of cards from Value Village which I picked up because of the 1993 McDonalds Donruss Great Moment cards which took up a lot of it. I know there would be doubles-  it is a 36 card set and it appeared to have at least 70-80 such cards in it and some other stuff. I had about 24 of the cards, but here alone, I was able to get the full set: 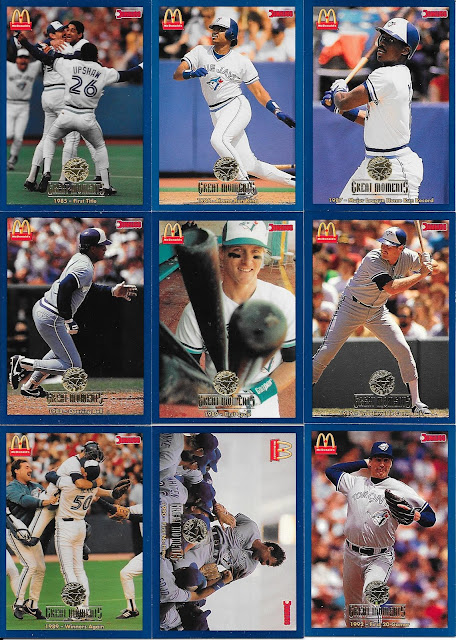 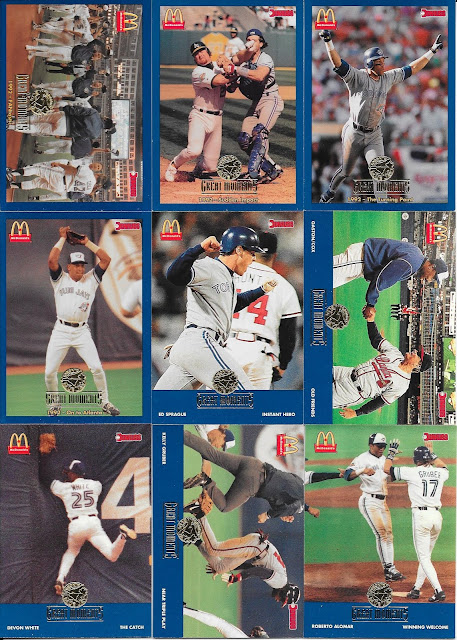 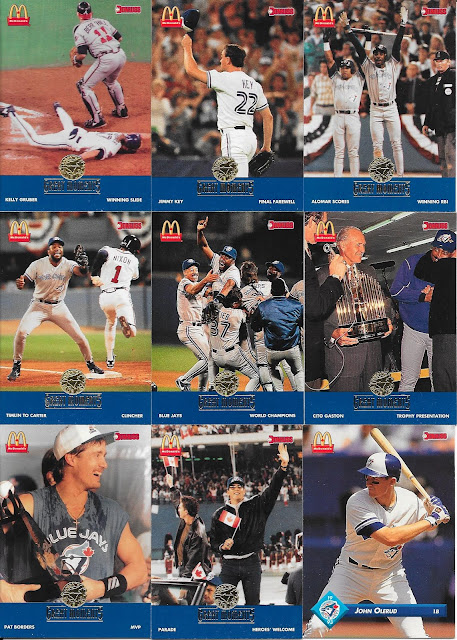 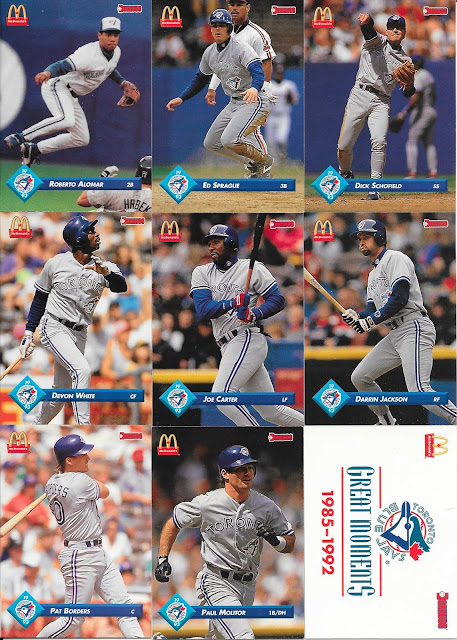 A great little set which obviously deals with the 1992 series win by the Jays. I also like a number of the different photos like Gruber holding the bats, and trophy pics.

There were a few other cards, all junk wax era, but a couple other keepers (error / inserts) were: 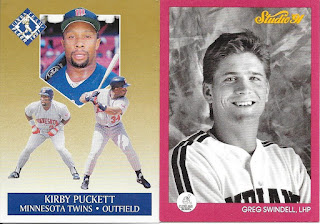 I like the Ultra Gold Puckett - simple card, great player. 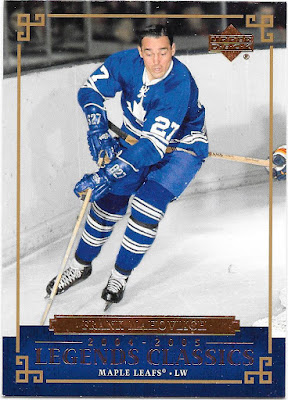 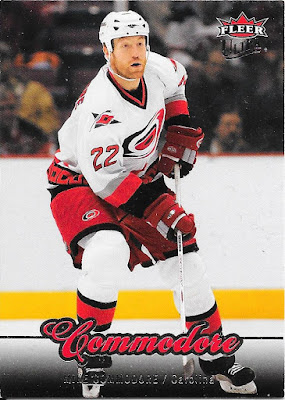 Ultra is generally pretty sleek as always. It isn't a set I have a great affinity for - for whatever reason, and today looks like just the one add. 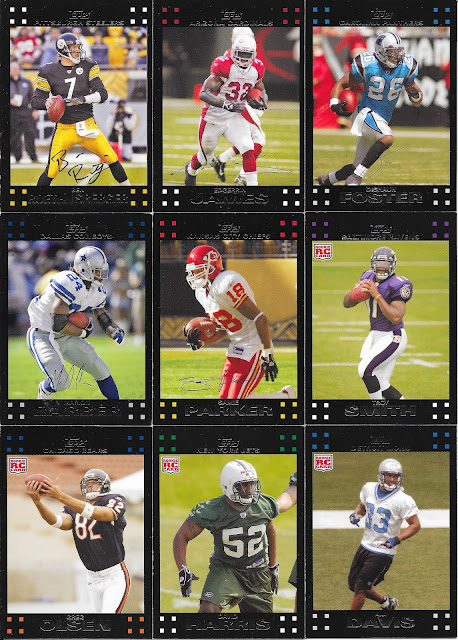 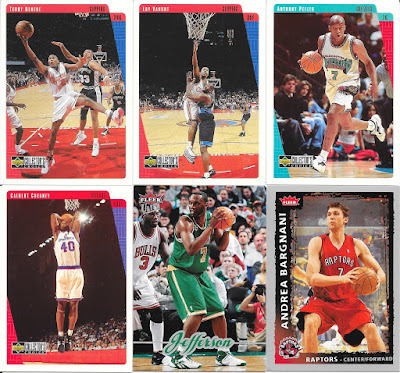 A couple nice things to see here - relatively little seen 1997-98 UD Collector's Choice basketball, and I found a Soul. I was never much into Yu-Gi-Oh. The game was a little after Pokemon which was a bit after Magic came out. I got into Magic early on, and never bothered getting into either of these. Likely because none of my friends did either. I still haven't bothered learning anything about Yu-Gi-Oh - actually looking up this card is probably the first Yu-Gi-Oh thing I have done. I will say that it's a pretty nice picture, but I'd love a bigger font to be used, and if the card was actually standard size - it is not quite the right width.