Brock - when I think wrestling, has to be Lesnar that comes to mind when I think of Brock. When it comes to school, Brock University in St. Catharines (since that was where I went to university) - and obviously the namesake of Isaac Brock. With baseball though, only one Brocke would come to mind... 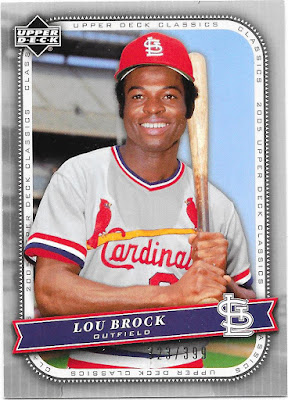 This is the second silver parallel from 2005 Upper Deck Classics that I have. It may not be as great as Nolan Ryan's Retro Rookie silver parallel, but Lou Brock is a great player to get nonetheless. There was a little residue along the left side due to a bad 1991 Upper Deck offtball card getting slightly stuck to it, but I was able to remove the residue for the most part, and since I am keeping this, that is good enough for me. 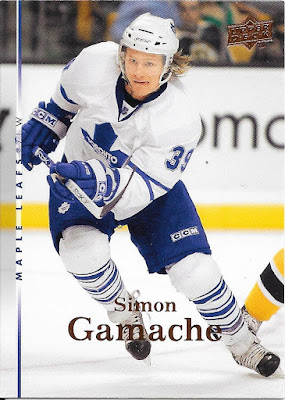 4th copy of this one - but still a Leaf! 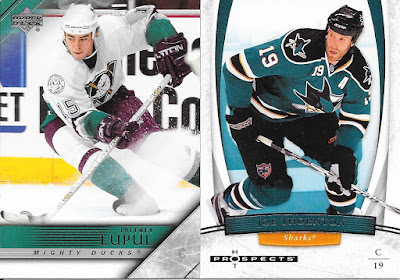 A couple cards of 90s expansion teams, so there is that they have in common. 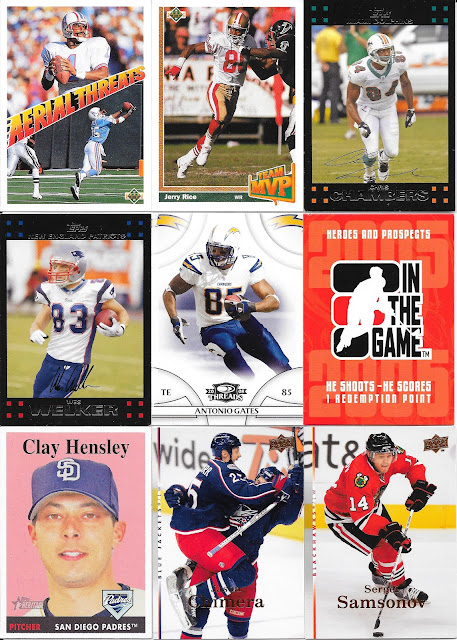 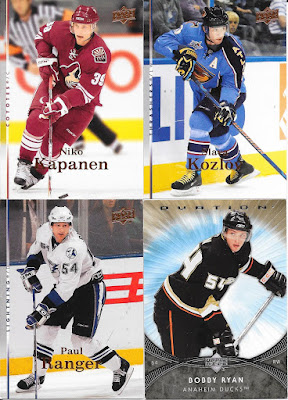 Typical variety in traders today, including the usual chunk of 2007-08 Upper Deck. Still wouldn't mind if I am getting Dupes,  that there be more 2007 Topps Heritage baseball, as it seems to be an easy set to trade away.