Inspired by the flame

This past week over at Rekindling the Cardboard Flame, there was a post of found cards. A complete set of Revised Magic the Gathering cards is an excellent find, especially when already in your collection.

It made me a bit nostalgic and I figured I would pull out one item from my MTG collection to share. As I mentioned before, I started collecting in 1994 and really played until about 1999, with a few frames for fun at University 2001-2004, and a few games when an old friend temporarily move back to the area in 2013.

Today, I am going to take a walk through the deck I played, which is still together and unchanged from 1999 or so (it might have had small tweaks after, but I can't recall).

When I started playing, I played a green deck (fast and creature based) but after a while, because my friends and I generally played group games - and my focus was on fun and not necessarily winning - I moved to a more challenging, and at times difficult to play against artifact deck (this may also have had some subconscious impact on why I like Artifacts hockey and baseball sets).

So let's take a walk down memory lane together....the cards below are all in their sleeves still - I wasn't going to take them out just for the scans...yeah, I'm a bit lazy... 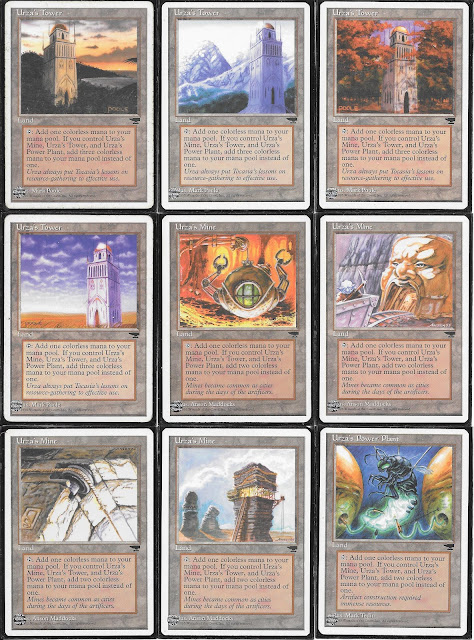 The big issue with artifact sets back in the day, was they were slow. As such, instead of regular mana, had the deck piled with these cards which, when a set was in play, allowed multiple mana from each card. I also was lucky enough to have one of these... 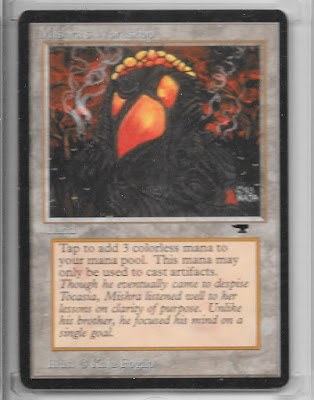 Sorry for the blurriness, but I wasn't taking it out of it's case, which I will get to later, but this one land allowed three mana for casting artifacts which was great if I got the card early in the game.

The other lands to help with mana included: 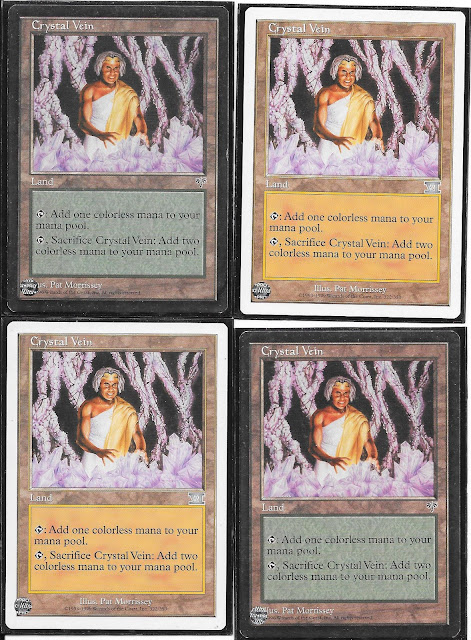 The other lands I had helped with the second pur[pose of the deck - running the opponent out of cards and not letting them play much...

In this case, by ensuring not enough mana to cast much.

In addition to the lands, I had a number of other cards to provide mana needed to cast cards such as these... 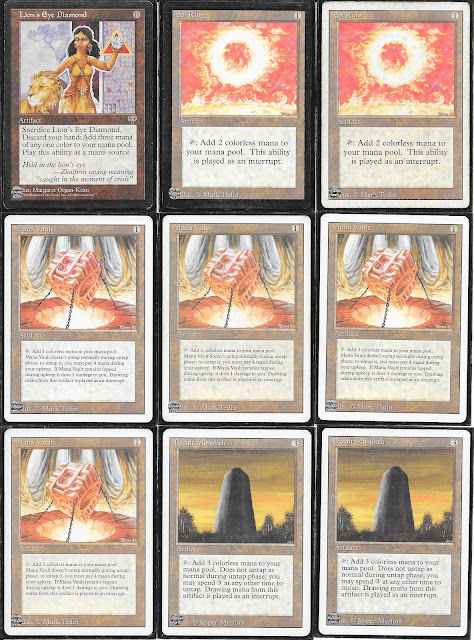 Both Sol Rings are revised, but I got one from a friend who had decided to colour the border - I am sure this kills the value to the card, but it has sentimental value to me.

All along with these: 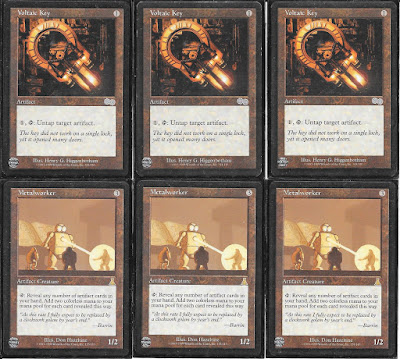 Had the purpose of providing a lot of mana early to be able to cast big creatures quickly. I was able to get out the following creatures in as quick as the second turn: 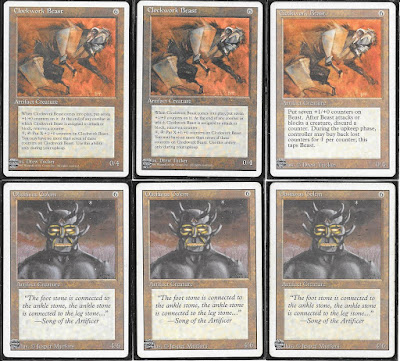 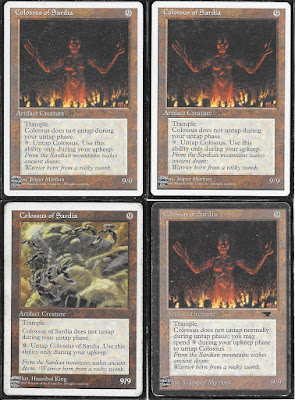 I was also then able to use the Voltaic Key to not have to pay the cost to untap the Colossus cards.

This generally worked well to try and hit fast and hit hard. If it didn't work, then it was a game of attrition and trying to run down the opponents deck with and try to do some direct damae. 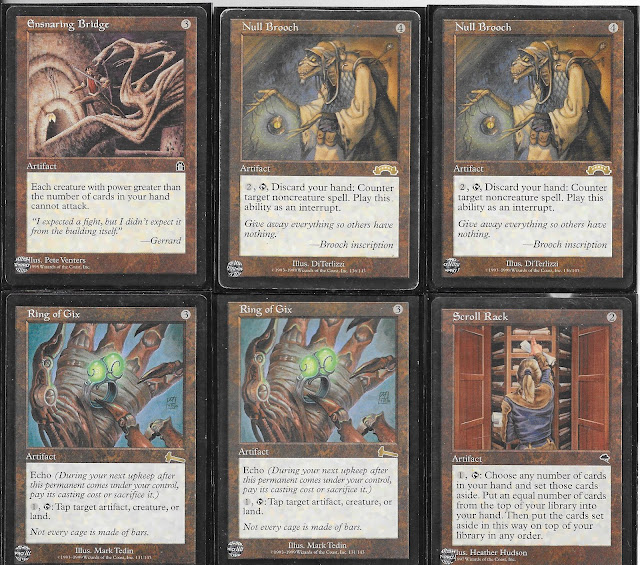 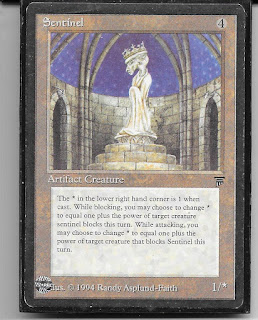 A couple keys from these were using the Helms to grind quickly through cards in the opponents library, and getting a creature for defense if nothing else. Also, later on, with lots of mana available, the rocket launcher was an easy way to do a bunch of damage directly to an opponent. 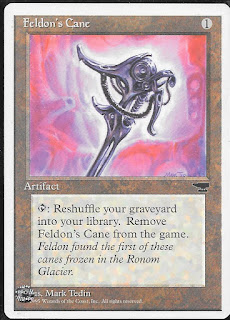 Lastly, this was my "saving" card. In case I was running low on my own deck, this would allow me to replenish and hopefully ensure I would not run out of cards before my opponent.

Looking back at this again makes me want to play, but with all of this said - this deck is actually a better investment than anything else I have been able to do in the last (let's round up) 25 years. What do I mean? Back in the day - I spent just under $300 on all my Magic cards - yes, even as an early teen I was keeping track of budgets, expenses and such (yeah, accounting was what I was getting into for a career, and knew that very early).

If we take a look at value now...I'll use the 401games selling prices as these are generally very competitive...

So all in to buy the deck now would be....$1,943.75. Yeah - I would never spend that kind of money on the cards myself, but not bad for $300. Wish my sports cards would do this. Ir isn't that it really matters - I am not planning to sell the cards (save for some crazy emergency need), but it is interesting to see the movement on the cards anyway...or atleast it is to me because I am such a number nerd.
Posted by CrazieJoe at 8:00 AM