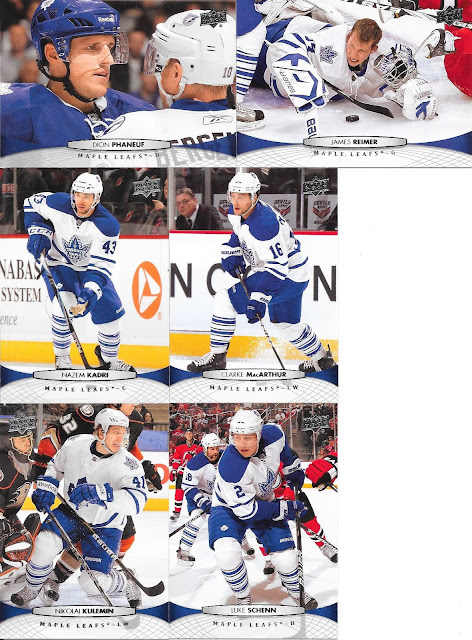 All of these were needs, so a definite win for the collection. Best card has to be the Reimer for the nice picture, including the visible effort on his face.

As for the VV pick ups, this was definitely the most varied pack out of Value Village. That being said, I am not going to share all of the cards because I already sent a few off to someone else on the blogosphere. As for how diverse, there were a few cards which were racing, car and Spanish football...yeah, diverse, and outside my collecting realm.

Still, some baseball and hockey variety to show off still. 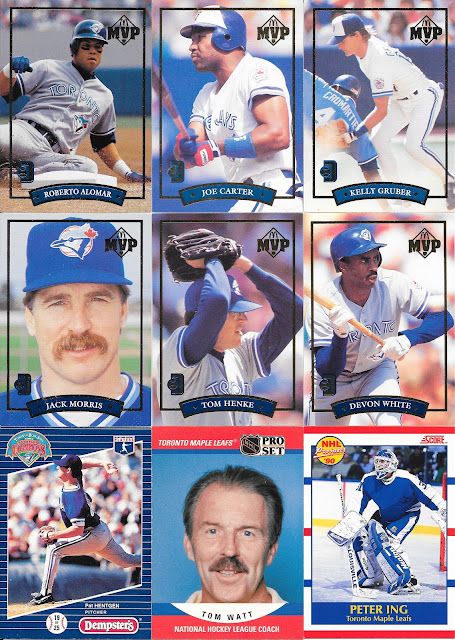 Wasn't that long ago I just finished getting the 1992 Donruss McDonalds 6 card Blue Jays set - but here we have a full second set. Of these, the Peter Ing is new for my collection, but thrilled to get the rest anyway! 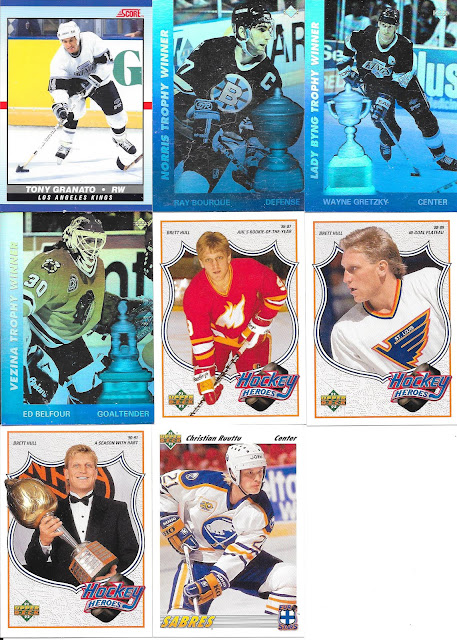 A decent number of early 90s inserts also. We have a few Holograms which scan quite well, out of Upper Deck, same as the Brett Hull hockey heroes inserts, and one Euro Stars also. Tack in a single Score Young Superstars set. 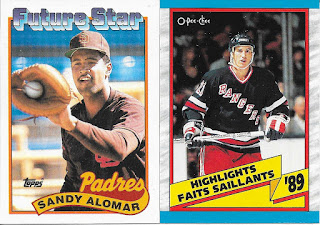 A couple error/variation cards also...and some keepers which were... 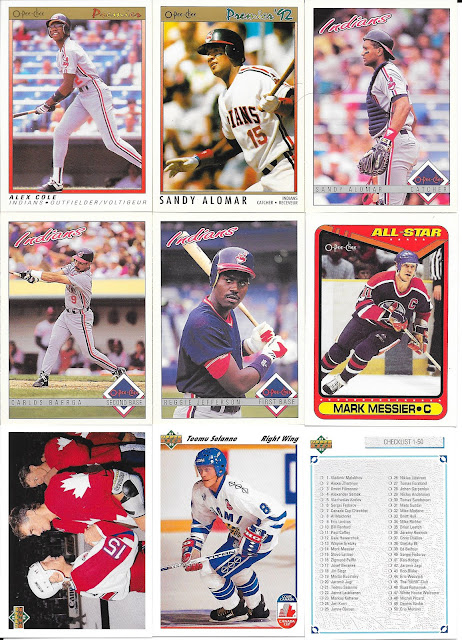 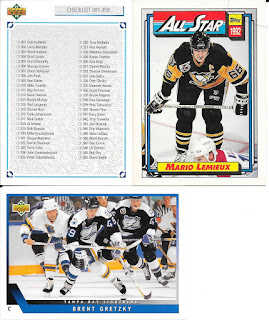 A small collection of Sandy Alomar cards seem to suggest they came from someone who collected them at some point.

Last, but not least....another complete set of cards from McDonalds... 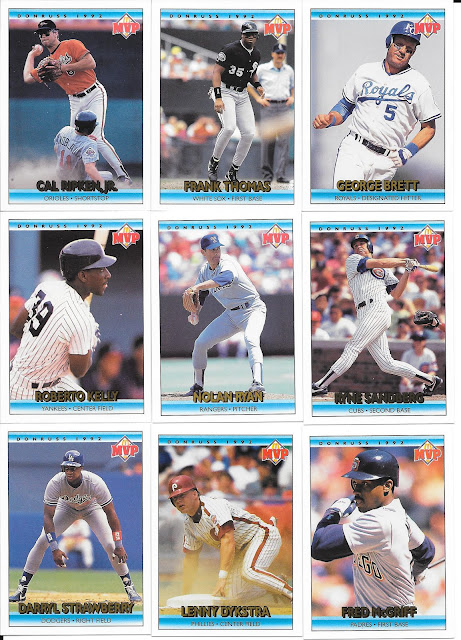 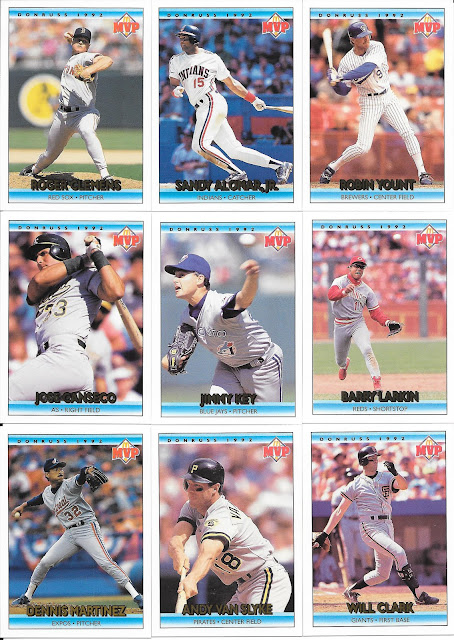 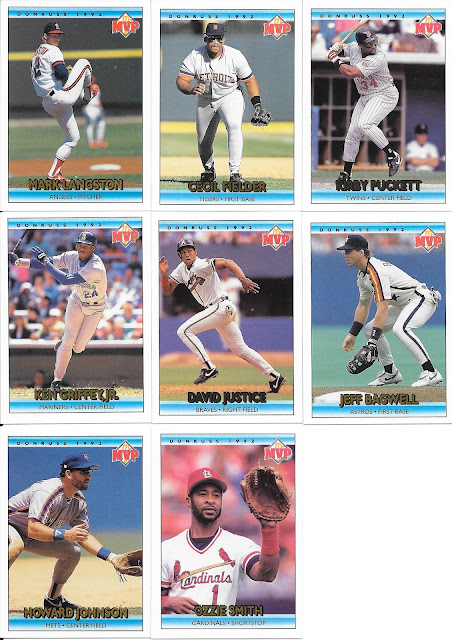 I had about half of these beforehand, but thrilled to simply finish the set off as a whole. The 1992 Donruss design is fine, but the added MVP logo and gold lettering does add a bit something more to the cards from this set.

With that, done with the week of Value Village cards and definitely ahead of where I was a week ago.