So first all, I am toying with an idea to follow up on the Santa Lot. I can't believe it's been a year and a half of going through the lot! Slow but steady, and quite enjoyable, hopefully it has been atleast a little entertaining to follow along.

I just wanted to provide an open invitation to any readers - I have had some early success in doing box trades (typically 800 count) as a way to trade away football and basketball cards (as well as hockey and baseball dupes) in exchange for any hockey or baseball cards I don't have. Of course Jays/Leafs are ideal, but I am open to anything baseball or hockey that I don't have as a way to get football and basketball cards to those who have better use for them.

With that rambling thought behind us...let's see what trade bait and stuff of interest, the Santa Lot has today... 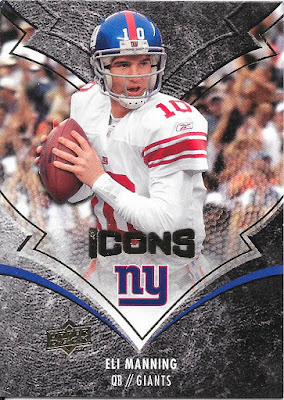 I have mentioned liking the design on these, but add on a true Icon and frankly,. this would make an amazing insert set. 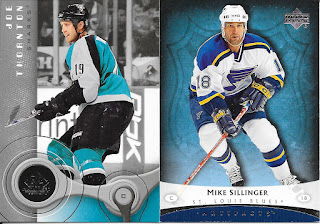 Nice to see a couple sets that have been very sparsely represented sets. This is probably one of my least favourite Artifacts designs - just to bland and similar to a "normal" Upper Deck release. My only real complain on the SP design is the amount of lost space on the front, but it is Joe Thornton, so I can let it go in this case. 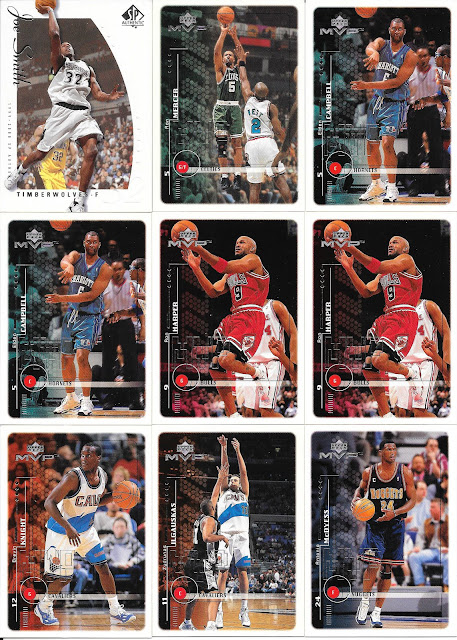 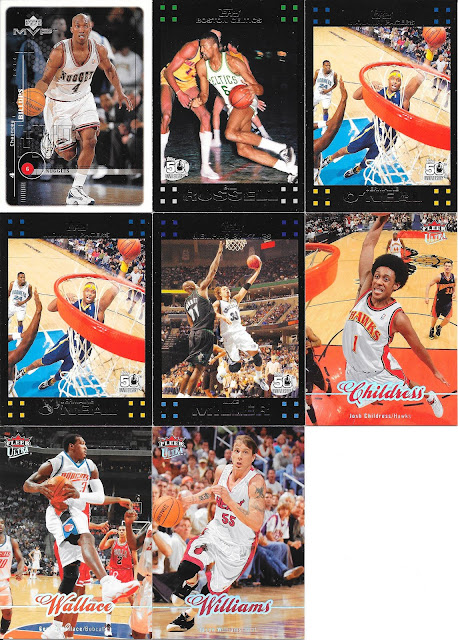 First - A rush of additional MVP cards which are a nice low end design, but doesn't necessarily feel like it.

Second - I like the Bill Russell 2007-08 Topps card which ties into the insert set for Bill Russell from that same set.