So I was at Wal-mart with a bit of an interest pique when I saw these boxes, but I have ignored picking one up for a while. Couldn't resist last time I went though, and here we are! 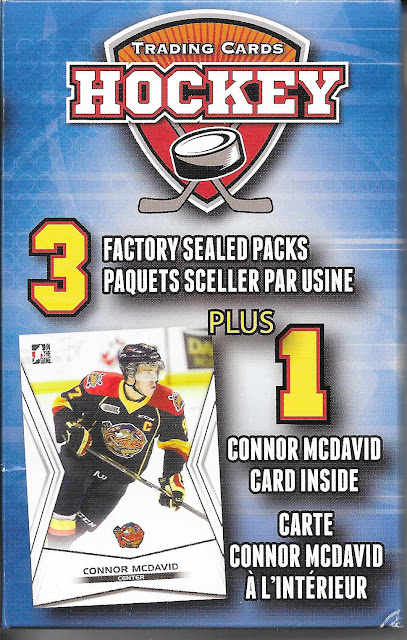 Pretty obvious what we are going to get here - three packs of cards and a single McDavid card added in for kicks.

Since this was $8 plus tax, I expect that the three packs will likely be of the Victory or late 00s O Pee Chee packs as these seem to be fairly cheap dollar packs, but hopefully I am wrong. 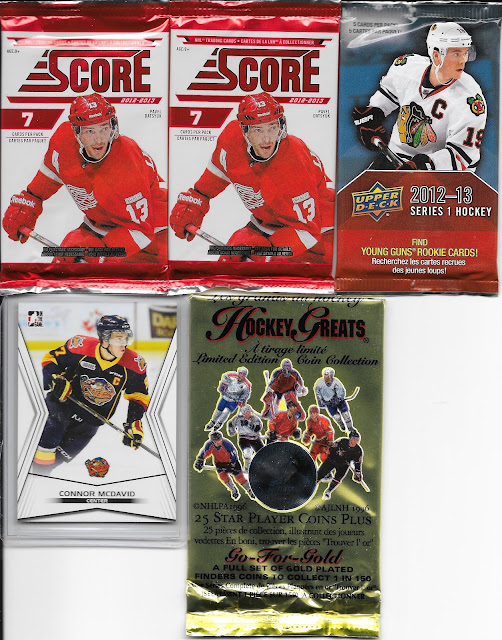 Ok - I may not be an expert here, but I see something more than promised here.  You will notice that the McDavid card is also in a penny and hard sleeve - some nice add ons - oh and this 1996-97 Got um coin pack. As the 1996-97 Got Um is a coin only (and paper checklist) it is not something I plan on collecting, so rather than open, will have this passed on to someone who wants it.

As for the packs, none of these are "new" for my collection of unopened packs, so rather than put off opening them, let's take a look at them all now as well! 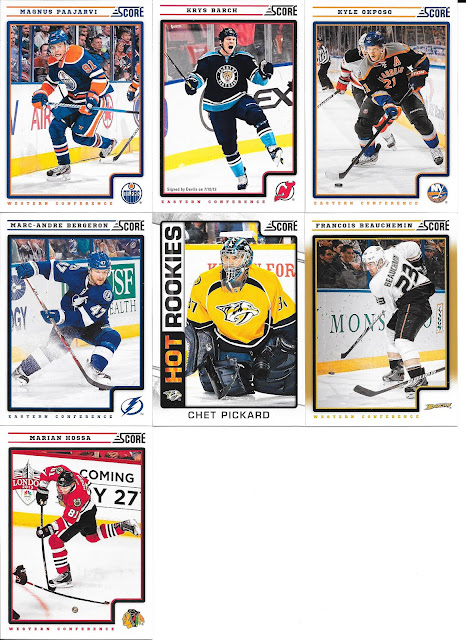 Decent enough pack with 5 needs and a new insert (the one per pack gold). 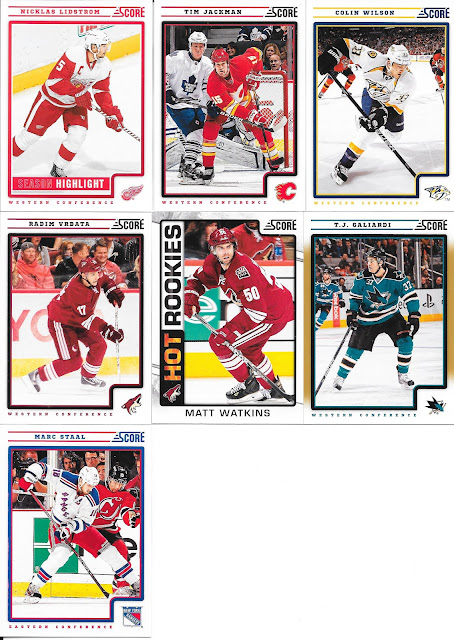 Same as the first with 5 new for me, and a new gold parallel. The season highlight subset could be a bit better. I am torn as I like the consistency with the base design, but that also doesn't make it at "special". 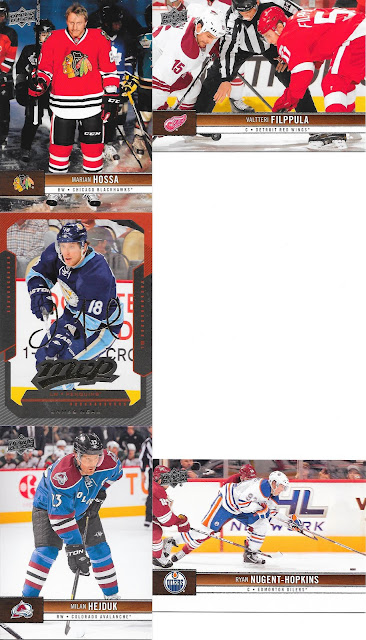 Lastly, two needs, two dupes and a new insert. Not sure I like considering MVP as an insert - I don't like the inconsistency of sets being inserts, stand alones, high end or low end - just be the same thing!

Okay all around, nothing too exciting, but fun to open nonetheless.