Well let's take a look at another quick dollar store pickup - hopefully this one is on the upswing from the last couple. For a buck, can't really go wrong, I know, but still - would b nice to come out with cards I at least don't have. 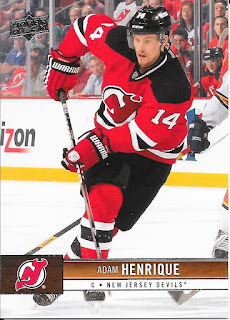 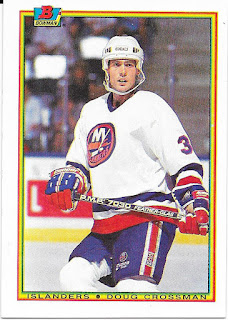 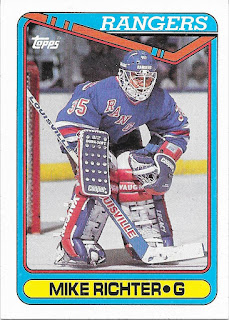 Rookie card of a great goalie, a nice pick up. 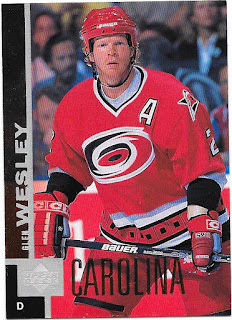 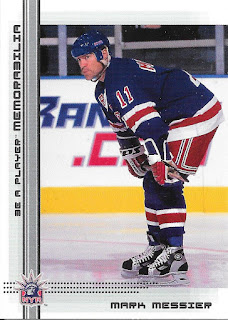 Some more Rangers star power. I find the backs a bit unique in this set as it provides the stats for the last year in a team by team versus nature. 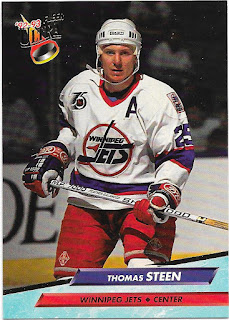 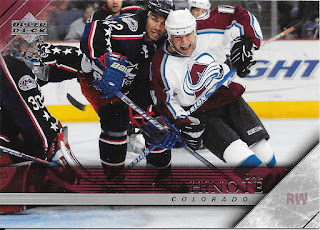 See plenty of these from the Santa Lot, but this was still a need....looking good so far... 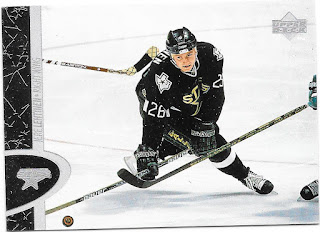 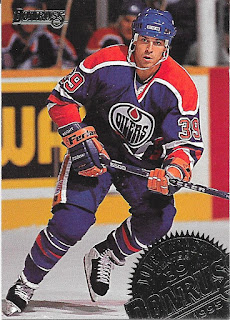 These cards would be so much better if the name wasn't part of the logo shiny mess in the corner...still, didn't have this one either. 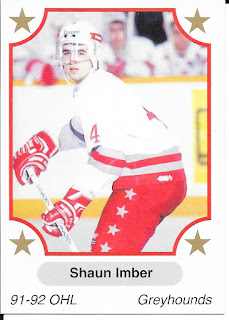 I wonder if the greyhounds traveled by the bus by the same name... 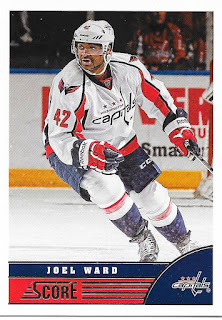 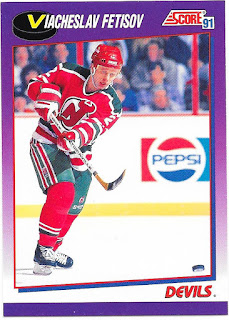 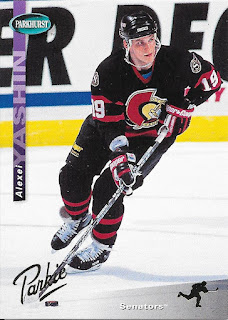 Yay - there is my parallel/insert I always hope for out of these. 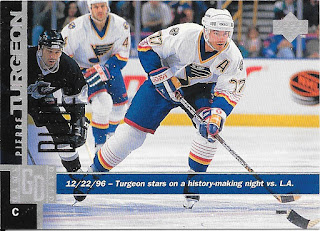 Huh, a second card from the same set - usually doesn't happen much in these packs. 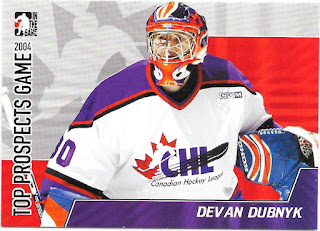 Ok...so this is an insert for a set which is generally minor leagues..to keep or not to keep...sigh...I think this is a keeper for now...

Well, overall, a good one with 9 keepers plus the two insert/parallels.
Posted by CrazieJoe at 8:00 AM